Does your job ever get on top of you? 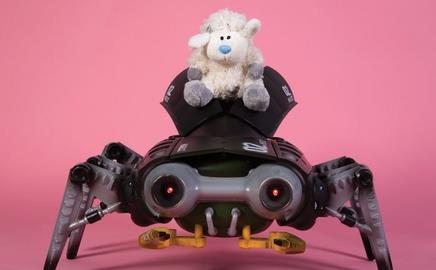 Each construction profession requires different skills and personalities, so it’s easy to fit the person with the job, right? Well, actually it’s harder than that, and the consequences of failure can be very unhappy workers

“Experienced construction cost manager required for major UK business. Candidates must be MRICS, have experience of pre and post-contract administration on capital projects. Fits of creative brilliance an advantage.”

Recruitment adverts may be sparse in these dark times but that’s not one you’ll find in the job listings, no matter what the state of the economy. The reason is that construction recruitment advertising sticks rigidly to core skills, and in so doing reinforces those well-known industry stereotypes.

So, as we know, QSs are expected to be terrific at counting pennies, but not be creative. Architects must be able to imagineer icons, but aren’t expected to be wizard at financial management. Project managers manage, but are not asked to think outside, their programmes, let alone the well known conceptual box. And as for engineers, well, their potential employers just want someone who can make reliable calculations, and not mind about the swearing on site, no matter what their communication skills.

In a way this makes the process of recruitment easier: the skills, the personality types and the stereotypes appear to be simple to match up. In another, it can store up trouble for the future, both for the individual and the company they work for.

One problem is that the stereotypes are not always accurate. Take the case of architects, for example. Sherridan Hughes, occupational psychologist with consultant Career Analysts, says: “We do see quite a lot of architects. They are often disenchanted because when they decide to become architects they do so with dreams of one day creating iconic developments, and then they end up doing kitchen extensions.”

One young architect client of Career Analysts found her work “monotonous and repetitive”, and yearned for a job that was creative, sociable and well paid – which evidently her role in architecture wasn’t – and ended up leaving the profession to take up a role in marketing.

Some see the relatively large numbers of disenchanted architects as an indication of a deeper malaise. “Architects are at the bottom of the professional pile,” says Ben Derbyshire, managing director of HTA Architects. A younger member of the profession simply points to the government’s careers advice website, which brightly tells young people considering entering the profession that qualified architects with five years’ experience can earn up to £50k. For this architect, and many others, this was a vain hope in the good times; with 2,000 designers now unemployed and many in this and other construction professions suffering pay cuts, seeds for disenchantment are being sewn.

So it’s important that a prospective architect understands that the drudgery of design can be comparable to the calculation-based work of a QS, an engineer or a contractor’s estimator – after all, they will certainly find out for themselves.

That said, if a first-jobber does find themselves in a position that isn’t working for them, it’s important to understand that that may not be because they would be happier in marketing. Unhappiness is often caused by a particular company culture, or even a particular boss, rather than the work itself. Corinne Mills, joint managing director with consultant Personal Career Management, says overcoming unhappiness is frequently a matter of identifying a single root cause. “Often, it’s about something like tackling a boss or getting a promotion. Quite often, there is just one aspect of a job that people don’t like, so just because someone is unhappy in one organisation, doesn’t mean they’ll be unhappy in another.”

Employees should also bear in mind that work within a profession comes in many forms. Hughes says: “Someone might be suited to a big company or a small one, to the private sector or the public sector, or if they’ve got a social conscience they might be happier working in regeneration. There are places for everybody.”

At first sight, the recruitment of QSs and engineers seems easier; they are less likely to experience professional ennui because they are given the chance to apply technical skills to a live construction project, rather than through the pages of a textbook, and they are rewarded by the finished thing.

Then they are promoted and find themselves requiring a whole different skills set. As Hughes says: “People like engineers aren’t necessarily good managers. When they move up to the next step they may not be so good at managing people. They love working with things and are often poor at working with people. People imagine that the next role in a company will suit them as much as the last, but it is not necessarily the case.”

The key point is that the longer you do a job and the higher you go up the career ladder, the more your personality comes into play. If you consider the people who make it to the top of the big QSs and engineers, they often have a second set of skills over and above the ability to construct, cost and manage a project. Davis Langdon’s Paul Morrell read quantity surveying at university but also studied for the bar, while Arup’s Cecil Balmond is as well known for his work as an author and creative mathematician as he is as an engineer. Hughes says “If someone is going into a role in say, quantity surveying, you need to see if they have the innate potential to be good at the job over time, so there is a need to consider not only skills in numeracy. but the complete person.”

But of course, promotion can bring greater happiness, sometimes for surprising reasons. Hughes says: “I’ve seen a few civil engineers (no pun intended) who’ve been unhappy with swearing on site, but they’ve moved to office-based jobs and been perfectly happy.

Some words of advice …

Employers can do their bit to stop individuals ending up in the wrong berth. Going back to the point about choosing the whole person, and the recruitment ad that began this article, firms can do more to take personality into account when selecting candidates.

Construction is technically sophisticated at one level, and hidebound by tradition and convention at another. Lynne Crowe, regional manager at recruitment company Hays Construction & Property, outlines the industry’s typical approach to recruitment: “When an employer considers a CV, the focus will rest heavily on technical competencies and qualifications.” “Construction is traditional in its approach, so if an advert was too quirky it would sit uneasily,” says Career Management’s Mills. “First and foremost, it’s about technical skills.” Contrast that with the recruitment adverts placed by top players in the touchy-feely dot.com sector. They want it all: technical competencies, qualifications with senior roles often highlighting MBAs, and personality, too. A recent advert from eBay asked for “strong energy, sense of humour, team player” while an advert placed by Google for a director of real estate described its team as “naturally inquisitive and energetic, thriving in a fast-paced environment”.

The interview that follows is supposed to be about assessing “soft” skills. The problem is that is tends not to. Crows says: “Competency-based interviewing is the most commonly used method of interviewing and employers use it to establish whether or not the interviewee has the right skills to succeed. Questions usually take the form of: “Tell me about a time when … what obstacles did you have to overcome?” or “Provide an example where you had to juggle several deadlines … how did you prioritise these?”

There are tools that can be used to help assess the personality of individuals to see whether they fit into an organisation or a job. Psychometric testing, in the form of the Myers-Briggs questionnaire, is one of the most commonly used tools – its questions cover an individual’s interests, values, aptitudes and personality. Mills explains how it works: “It’ll show someone is an extrovert, which is useful if a job involves working alone and is therefore likely to make them unhappy. They can be useful, but they should not be seen as a standalone tool – after all, there are eight personality types.”

Individuals who go to see a consultant because they are unhappy in their work often find themselves taking the test. But relatively few companies in construction make use of the tool, except for some graduate trainee or senior management programmes. Hughes says construction is missing out: “Stereotypically male industries like IT and construction tend not to do personality testing because they see it as fluffy and a bit silly. In retail it’s commonplace.”

You can take the Myers–Briggs test at www.humanmetrics.com