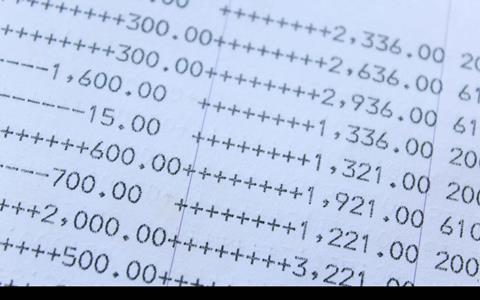 Project bank accounts make it “impossible for tier one contractors to generate significant cash surplus on projects”. So said Paul Sheffield, then chief executive of Kier, in 2014. “If your construction business is no longer going to generate the levels of cash that it used to, why would you get out of bed for 1% or 2%?”

Sheffield was far from alone in his concern, with Mace’s deputy chief operating officer at the time, Mark Castle, remarking in the same year: “You have to bear in mind that if we are to see that coming in there’s a cost to implementing all of this, contractors rely on cash flow. What I can see happening is contractors wanting to see some improvement on their margins.”

Both construction bosses were speaking five years after the now-defunct Government Construction Board determined that all public bodies should adopt project bank accounts (PBAs) on future contracts unless there were compelling reasons not to. And they were speaking two years after the Cabinet Office, in 2012, published a briefing document arguing that PBAs “address unfair payment practices” and that when they are used “benefits will accrue to the whole supply team”.

So far, take-up in the public sector has been patchy, with none of the 114 projects procured through the Department for Education’s framework using the scheme. But other bodies, such as the Environment Agency, Network Rail and Crossrail, have all taken up the challenge. And a bill mandating the use of PBAs on all public projects has been passed and is due a second reading in parliament.

One of the first bodies to fully embrace the payment method was Highways England, which started rolling out PBAs in 2012 and now uses them unless there are good reasons not to. It estimates PBAs have brought in a 1% cashable saving, as subcontractors no longer have to borrow against what they are owed – and thus their savings are filtered up the supply chain. The roads agency has used PBAs so successfully that other public bodies, from the Scottish government to several Australian state governments, have come to meet its cost intelligence team to learn best practice. 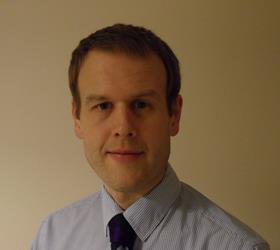 Here we ask Lloyd Biddell (pictured), head of cost intelligence at Highways England and architect of its PBA scheme, what project bank accounts are all about.

How do project bank accounts work?

“Pre-PBAs we would pay the tier one contractors, they would then pay the tier twos, the tier twos would then pay the tier threes, and so on. What PBAs try to do is ensure that all parties are paid for what they do simultaneously. Let’s says it’s a £10m payment [for a job]. That goes into a PBA. And maybe 20% of work goes to tier one – so £2m goes to tier one. Then let’s say its £4m to tier two, and the remaining £4m may be for the tier three. What happens is that tier ones can only draw down £2m for work they do themselves, and rest is paid directly to tiers two and three. It removes hierarchy.”

So who do the tier two and three contractors work for?

“Their money is ringfenced by the PBAs, [but] nothing is changed from a contractual point of view. PBAs are purely a payment vehicle.”

“There are different models out there. We operate what is known as the NEC model: we give the tier one freedom to choose which banking partner they want to use; all we ask is that we get confirmation that it is a PBA, and that it contains the features that a PBA does in terms of the bank mandates.”

Is it used for everything, or are there exceptions?

“We adopt a project bank account unless there are compelling reasons not to do so. We have a minimum contract or framework value of £5m, but to be frank you’re not going to get a lot of road for £5m. So the vast, vast majority of our construction contracts have a PBA. The other reason for PBAs not being used is when there is no supply chain: when a tier one contractor carries out all the work itself.”

What has the result been?

“For us it has worked extremely well: we opened 61 PBAs in the calendar year of 2018 alone, and that is in addition to other PBAs we already had operating. The payment cycle has condensed from a typical 60- to 120-day terms historically [across the industry] to an average of 18 days. That means it is 18 days from the monthly billing cycle to the firms receiving that money. The thing we shouldn’t forget is PBAs offer protection: in the event of insolvency administrations cannot touch the money and banks cannot use the right to offset. Carillion had project bank accounts with Highways England, but the supply chain was paid as normal and there were no losses incurred as a result of Carillon’s demise.”

Do you get a better product?

What has the response been from tier one contractors?

“I think most tier ones would accept there was a degree of scepticism, certainly at the outset. That has perhaps changed over the years: I think they have come to accept the value which PBAs bring. Tier two and below are … to say they love them is probably an understatement. What is there not to like? They know they are going to be paid for the work they do, and within 18 days.”

Why were the tier ones sceptical at first?

“Because, I suppose, you are bringing something new to the market and [they will incur] some administrative charges by setting up new bank accounts. You are also removing the treasury function they once had by holding on to the money – obviously if you are removing that from them, they are not going to be in favour of that. But, as I said, I think that situation has changed over the years. I don’t think anyone would pretend the tier ones overwhelmingly love PBAs, but I think they have accepted that they are here to stay, and they recognise the long-term benefits.”

Are project bank accounts difficult to set up?

“In terms of direct cost there is very little additional burden – you have to remember this is merely a payment vehicle, and you have to pay suppliers regardless. You don’t really need to talk to lawyers, because we use standard NEC wording. So there has been no additional work from our point of view.”

Would project bank accounts work in the private sector?

Do you get disputes about payment, and have any ever gone to court?

“Never. Not as result as the PBAs, anyway. There will always be different opinions on very technically difficult contracts, but this has nothing to do with PBAs.”

Could you make any improvements to your payment system?

“There are always improvements. About 80% of our supply chain sign up to PBAs – they have to elect to join PBA. There is always an opportunity to get closer to 100% and I would like to see that happen if I could.”

Why do a fifth of your supply chain not sign up?

“People don’t because they might lack an understanding of what a PBA is, and sometimes people think they are too good to be true – that was certainly the case at the beginning. Occasionally you get smaller suppliers who don’t frequently work in construction and don’t know much about them. So that is something we have been consciously trying to address. And to be frank there are always some suppliers where it just doesn’t work for them – maybe because they are providing a one-off supply of materials, and it’s not worth, for the sake of one payment, joining a project bank account. Generally speaking, I see an 80% sign-up rate as a huge success – but I’d like to get that up to 90%.”

Could payment be quicker than 18 days?

“In those 18 days we have to assess how much work has been done and put a value to it. We have to get commercial insurance providers to do the assessments. We have to reach an agreement with the tier one that it is the right amount. We have to process the purchase order. Then we have to make the payment – and BACS payment takes two working days, so if you do it on a Friday it won’t clear into the PBA until the following Tuesday. And then once it has gone into the PBA, [the bank] then must do the payment to the tier twos. So yes, we could improve, but when you strip it back there is not that much opportunity to improve. You could not condense it down to five days.”

Are there any advantages of project bank accounts you have not talked about?

“By adopting PBAs, we got a wealth of other information which wasn’t readily available previously. We have much better visibility of the supply chain; we can understand more about what the supply chain are doing. That information was always there, but now we have adopted PBAs centrally we can get it out much more easily. It gives us a degree of extra intelligence which wasn’t there previously.”