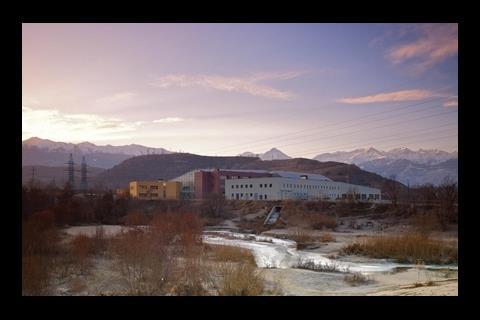 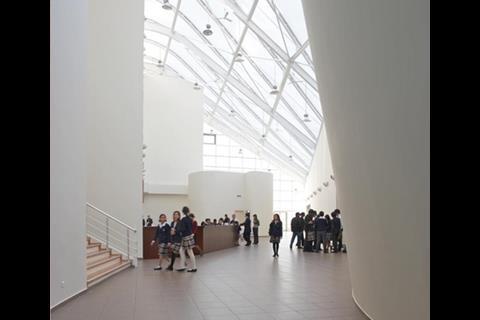 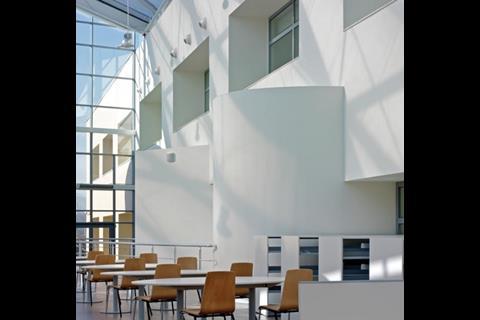 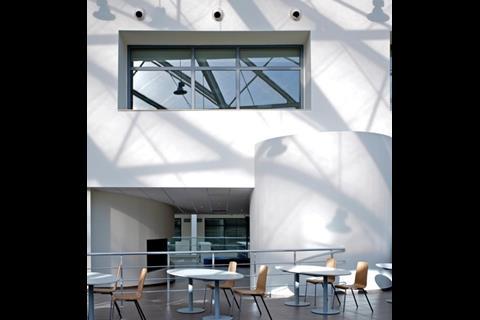 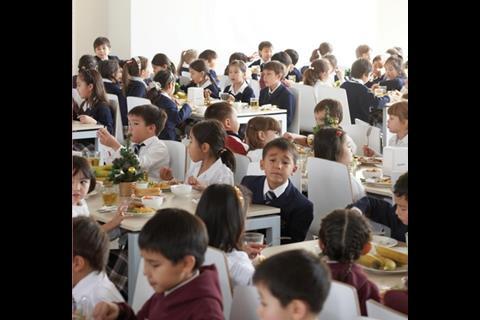 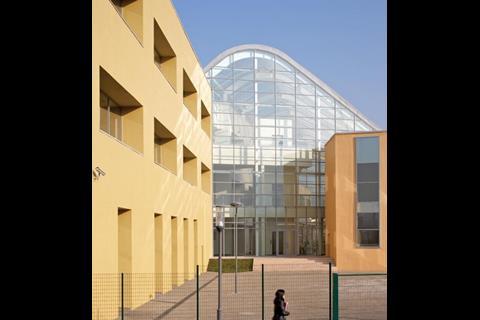 From the moment architect HOK won the contract to design and build a school in Kazakhstan it had 20 months to complete it. Dan Stewart finds out how it got on

As far as briefs go, this was far from ordinary.

In 2005, HOK’s London office was commissioned to design and build a British public school for Kazakhstan’s largest city, with the opening scheduled for a mere 20 months away. Even more unusual was the fact that the firm won the contract after its head of schools architecture got chatting to a British school teacher in Murphy’s Irish bar in the Kazakh city of Almaty. “Call it serendipity, if you like,” says Stefan Jakobek.

The firm was in town working on the masterplan of a further education project at the time.

The teacher worked at Haileybury, the alma mater of Clement Attlee and Rudyard Kipling, and told Jakobek that the school wanted to open a branch in the central Asian republic to offer a traditional British education to expatriate and Kazakh children. Soon afterwards, in January 2006, HOK was appointed to the $40m (£27m) Haileybury Almaty scheme.

It was then that the Kazakh patrons of the project told the firm that it wanted the building ready before the school year started in September 2008.

As an added difficulty, the firm had to contend with an archaic Soviet-era building code, which didn’t take some of the newer construction methods the team used into account. Altogether, HOK faced quite a challenge.

Jacobek says the practice wasted no time getting started. “We were up to stage D [planning permission] by Easter, at stage E [detailed design] by June, and the contractor was on site by September,” he recalls.

The short timeframe meant the design could not be overly complex. As such, the practice took a shell-and-core approach, similar to the way one designs an office building. “We worked from the basis of four simple concrete forms with internal dry-wall partitions,” says Jacobek. The buildings – designed to accommodate about 800 students – have no internal columns, which means the space can be adapted to various uses.

This flexibility was vital because the teaching staff were only appointed after construction started, so the designers did not know exactly what their requirements would be. “It was designed so it could change as we built,” says Jacobek.

The blocks are linked by three atriums, made from a patchwork of lightweight steel frames covered with ETFE cushions. Jacobek says these light-filled internal spaces for the children to play in are essential, as the temperature drops to –20ÞC in the winter. The ETFE provides excellent insulation to cope with climatic variations, but had never been used in Kazakhstan before. The team had to negotiate for months before building inspectors allowed them to use it.

At the moment, one atrium is being used solely by primary school pupils, another contains a library and independent learning spaces and a third houses leisure facilities, including a pool.

Crucial to the effort to complete the project quickly, says Jacobek, was the work done by the Turkish contractor. He says there were up to 600 workers on site for 16 hours every day. “It was far better than what I’ve seen in British Building Schools of the Future (BSF) projects,” he says. He attributes this speed to the nature of projects contractors normally work on in this rapidly developing country. “They were used to working fast, doing hotel fit-outs and the like.”

Jacobek was also impressed by the work of the many local subcontractors HOK used. “The plasterers, for example, were local Kazakh women in their late 20s,” he says. “Watching them do this delicate work next to these hairy-arsed Turkish builders was astonishing.

“The detailing was carried out very diligently. We were all very impressed. The floor finishes and balustrades were all exactly as you’d want them.”

The project completed on time and Jacobek, who has been designing schools in the UK for more than 20 years, says the experience moved him. “It taught me to have a bit of humility about what we do,” he says. “We designed and built a school in 18 months. It takes that long just to choose a bidder on BSF projects. Clearly, there are other ways of procuring good school design.”