Fight for the skies 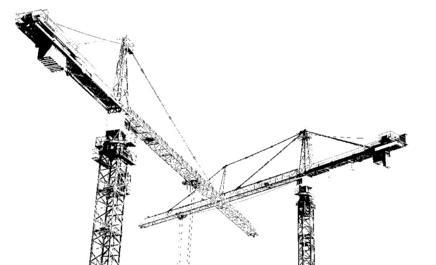 Building’s campaign to prevent crane collapse is coming up to its first anniversary. Here, Olivia Boyd recalls the tragedies that triggered it, and looks at whether our skylines are any safer now

This time last year the tower crane industry was in crisis. Two men, including a member of the public, had just been killed in a crane collapse in Battersea. A second accident in the City quickly followed, sending shockwaves through the sector.

That was just the start. Two collapses in Merseyside and one in Croydon in the first half of 2007 caused more deaths and provoked more questions. In January, the second fatal collapse of a Falcon Crane Hire rig led the HSE to ground its entire fleet. In June, shocking statistics were revealed showing seven years of mismanagement in the crane hire sector.

Throughout all this, Building has been campaigning for tighter safety measures. The Safer Skyline campaign has brought much needed attention to the issue and won the support of 65 MPs and more than 20 contractors and housebuilders – not to mention everyone who signed our petition calling for more rigorous assessment of cranes greater than 10 years old and a public register of checks.

Now, more than a year since Battersea resident Michael Alexa was crushed to death while washing his car, we are beginning to see some progress. The Strategic Forum’s tower crane group, which held its second summit two weeks ago, has set up action groups to look at four key areas: site induction, competency, operator working conditions, and maintenance and examination. Each committee is charged with producing guidelines on its specific patch and will report back to the group at the next meeting in February. Members have also agreed to share information on all accidents and near misses and to improve communication with the public.

Meanwhile, industry associations including the Construction Plant-hire Association (CPA) and Safety Assessment Federation have worked with the HSE to produce a draft guide, published last month, on crane inspections and maintenance.

It is not just the industry bodies that have been making changes. Some of the biggest contractors, including Bovis Lend Lease, Balfour Beatty and Wates Group have been leading the way with updated crane policies and innovative safety measures. Barratt Homes has stopped using cranes that are more than 10 years old.

But we are not there yet. A campaign group set up in the wake of the Battersea tragedy is still fighting for a public register of crane checks, and the investigation into Falcon Crane Hire continues. With more cranes than ever on our skyline, the industry cannot afford to be complacent.

What companies have done so far Wates Group introduced a new crane policy in January this year. The company, which is aiming for a zero injury rate by 2010, brought in new rules including the mandatory use of electrical systems to manage zoning areas when two or more cranes are on site.

The group is also demanding that cranes are examined by independent inspectors before they are commissioned. Group safety manager Paulo Canelas said: “The policy wasn’t written to replace legal requirements but to reinforce certain aspects of them. The number of accidents the UK crane industry has had in such a short space of time is disastrous.”

Balfour Beatty has revamped its tower crane operating practices over the past year and this month published a 300-page best practice document setting out the changes. The new policy includes directions on how to manage a safe evacuation and recommends training sessions and regular medicals for crane operators. It also details electrical systems that should be used to stop cranes knocking into each other.

Anything that the stakeholders, and that includes the media, can do to maintain the issue in the public eye is very helpful. The campaign from Building has been very welcome

Andy Ormerod said he had stopped buying second-hand tower cranes and the company’s fleet now has an average age of four years. Crucially, cranes will have to undergo NDT testing after 10 years. Anti-intruder mechanisms have also been added to stop children climbing cranes.

Bovis Lend Lease has been seeking grants to develop a communications system pioneered at one of its sites in Cambridge this year.

The site safety team introduced hands-free Bluetooth so that slingers and crane operatives could talk to each other without the distraction of holding a phone or radio. Head of environmental health and safety Robin Chaplin said: “We’ve recently been discussing this with our safety committee and are aiming to develop it further. We are very keen to make sure crane safety stays at the top of our agenda.” The company has also increased the frequency of its meetings with crane suppliers since the accidents in Battersea and Liverpool.

Barratt Homes has stopped using cranes that are more than 10 years old since the launch of Building’s campaign. The company, on whose site the Battersea accident happened, said crane checks by independent inspectors were now an obligation of its hire contract.

Morgan Ashurst has recently started running “crane rescue” drills together with the emergency services and safety systems provider Taskmasters. The firm, which is part of the Morgan Sindall group, has simulated crisis situations on sites in Eastbourne and Durham. The training exercises have included rescuing a driver who has suffered a heart attack from a crane cabin and helping someone who has become suspended from a crane’s jib.

Last month a draft guide to crane inspection and maintenance was published. It was compiled by a host of industry associations under the chairmanship of the HSE.

The document, which is open for public comment, sets out best practice for meeting legal requirements in these areas.