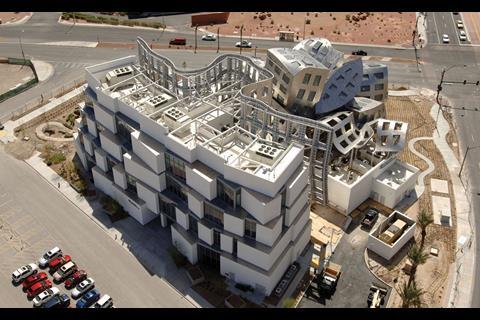 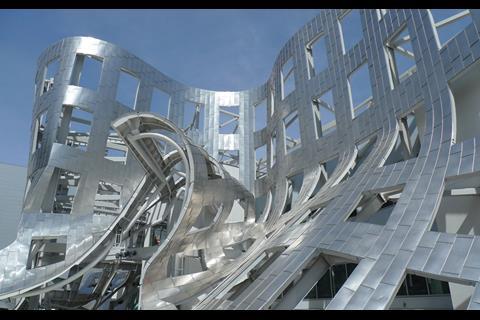 Gehry has taken on Vegas, and left it with an unusual mixed-use scheme: a brain health centre and ’event space’

Las Vegas has always had a taste for the spectacular, but until now it has never had a Frank Gehry building to call its own. That oversight has been rectified with the Cleveland Clinic Lou Ruvo Centre for Brain Health, which officially opened two weeks ago.

The $100m (£68m) complex also plays a key role in the proposed urban regeneration of the Symphony Park district of the city and is part of a wider municipal strategy to diversify Vegas’ economic infrastructure away from gambling.

The centre’s two distinct wings keep their distance both functionally and architecturally. The north wing contains the medical research clinic and is the far more conventional of the two. Clad in white render with glazed recesses, it is a four-storey block comprising a tapering stack of splayed and chamfered rectangular boxes. Internally, it houses the centre’s research facilities, medical offices and patient rooms.

The south wing contains the event space that can be hired out for private functions, which is intended to partially finance the centre’s research. This is where Gehry’s signature style is most in evidence. Clad entirely in stainless steel, the building’s crushed, deconstructed form contrasts sharply with the rational geometry of the north block. Its angular distortion and punched openings also give the building a distinctive sculptural quality, another typical Gehry characteristic and one that makes a bold symbol for a city trying to reinvent itself.