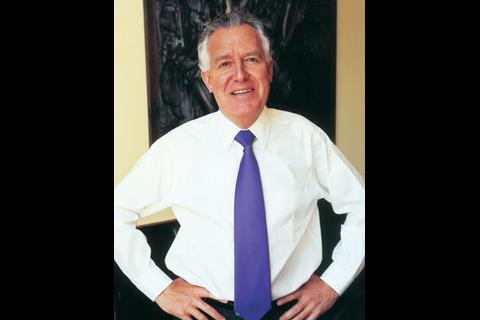 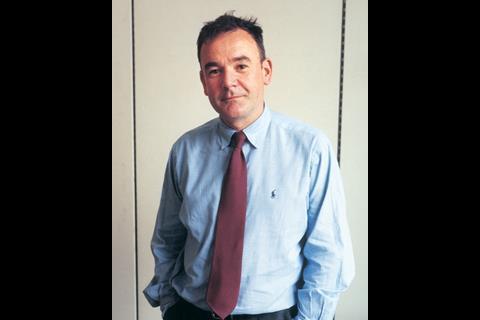 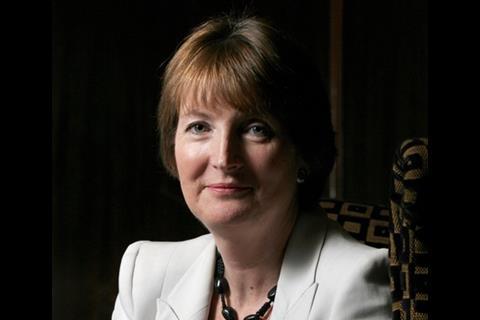 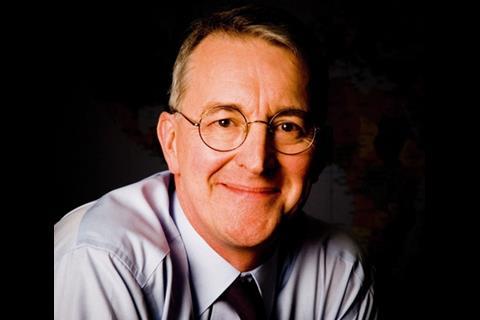 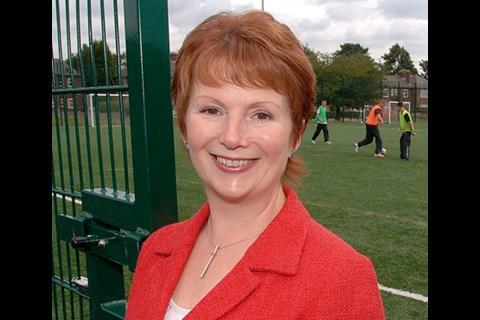 On Sunday Labour will elect its new deputy leader. Of the six candidates, only two have garnered the support of the three major construction unions: Peter Hain and Jon Cruddas. Cruddas tells Mark Leftly why he is still the outsider and Hain talks tough to Dan Stewart. Portraits by Eva Vermandel

Peter Hain is on good form, greeting Building with a personable smile. He has reason to be cheerful, having secured the support of the GMB union the previous day in his bid to become deputy leader of the Labour party. This means Hain is the candidate with the largest wedge of union support, including two of the three that represent construction workers, the other being Ucatt.

The Northern Ireland and Wales secretary is trailing in the polls (Hilary Benn and Alan Johnson are running neck-and-neck), so these are important gains: unions represent a third of the electoral college that will choose the leader on 24 June. If the GMB backing was expected – he has been a member since 1986 – Ucatt’s support can be attributed at least in part to Hain’s experience of the sector. Last year he launched an £18bn, 12-year programme of capital investment for Northern Ireland.

Hain is keen to point out that he shares the concerns of his union backers, claiming to have put health and safety at the heart of his election campaign. “I’ve supported very tough legislation for corporate manslaughter. I made this a strong part of my appeal to the building workers because of the rising number of deaths on construction sites.”

He will fight any attempts to undermine workers’ rights on the most prestigious of all upcoming British projects, he adds. “With the Olympics there is the risk of lots of ‘twilight employment’, with companies abusing the migrant workforce to provide cheap labour.

“I want to see the same arrangements as Terminal 5 [the groundbreaking labour contract at Heathrow] applied to the Olympic projects. Direct labour, proper health and safety, and proper terms of employment. I think they should be applied to every public procurement project, frankly.”

Despite his tough talk, it seems he cannot count on the votes of all GMB members. A GMB construction convenor admits: “I won’t be voting for him. People here thought he was much less sympathetic to the unions than he might have been.”

The trouble is, Hain is often viewed as a bit of a slippery character – even for a politician. There’s a suspicion that he tends to have the right views for the right audience, and this impression of careful manoeuvring is not helped by his take on the home information packs fiasco.

“That’s a matter for my colleague Ruth Kelly,” he says, forgetting that as a secretary of state, he is obliged to share collective Cabinet responsibility. “She is handling that.”

But as a prospective deputy leader, shouldn’t he be willing to offer his views on all key policies, from Iraq to Hips? He swats this away: “No, I think the deputy leadership is about reconnecting with the party, with the people at the grass roots. We’ve lost touch. We dropped 2 million votes in the last election.”

He identifies housing as the “dominant issue” facing the UK at the moment. “It has come to a crisis point,” he says. “Gordon Brown has said he wants to achieve 200,000 new homes a year, but that has to include a massive expansion of social and council housing.”

Yet housing was arguably the major domestic issue even five years ago and little has been achieved. “It is overdue, but you know we couldn’t …” He pauses, before adding carefully: “The nature of government is, you can’t prioritise everything. Health and education were the priorities of our first 10 years in government but housing, and especially social housing, has to be the big challenge of the next government.”

But is he just saying this because he’s being interviewed by this magazine, or is he really interested in buildings? “Yes, absolutely, I am,” he says, the smile returning. “My father was an architect, designing hospitals and laboratories, so appreciating good building design was something I grew up with. It’s in my blood.”

The deputy leadership is about reconnecting with the party, with the people at the grass roots. We’ve lost touch

In a word, housing.

Nelson Mandela [Hain was born in South Africa]. To make the stand that he made, at the time he did it, was truly courageous in a way that goes beyond politics.

The Welsh assembly. I love the way you can see into the debating chamber from above and watch democracy in action.

Jon Cruddas’ relentless campaigning for the deputy leadership of the Labour Party has left him sounding like a “60-a-day man”, chuckles one of his aides. She’s not wrong. “We’re still outsiders,” comes the gravel-voiced admission. “We started at 150-1; now we’re 145-1.”

Another of Cruddas’ researchers points out that he’s faring rather better than that: earlier in the day she visited a bookie and wagered £20 on him to win, with the promise of a £140 return if he succeeds.

Cruddas is certainly the dark-horse candidate. He is the only one of the six standing without Cabinet experience, and is considered – a little unfairly, given that he thinks New Labour got most of the issues right in its first term – to be on the party’s unfashionable left wing.

Win or lose, though, Cruddas has been the campaign’s success story. He secured the backing of 68 constituency parties, second only to international development secretary Hilary Benn, and the support of Unite, the superunion that represents 2 million workers from agriculture to construction. He is also considered to have won the first of two live television debates between the candidates.

Cruddas has a background in construction. In the late seventies he worked on civil engineering projects in and around Sydney before going to Warwick university. This experience was the grounding for the views he holds today – prominent among which is that the UK is misguided to focus on a services-based economy: “In Labour for the past 15 years the knowledge economy has been the dominant paradigm, not building things. Yet only one in five jobs is linked [to services]. The key growth areas have been traditional – witness the construction industry; it has undergone a massive uplift, partly due to the Labour government, partly due to big projects.”

Like Peter Hain, he’s impressed with what he’s seen of the labour recognition contract at Terminal 5. He agrees with his rival that it is something that could be rolled out across public procurement projects: “It demonstrates a different approach to that simple North American ‘labour flexibility’ model.”

Cruddas is knowledgeable about construction issues. This is partly the result of his background, but he admits that it is also a result of “self-interest”, as his constituency is Barking and Dagenham in east London. This is a hub of current and prospective construction activity, with many of his constituents set to work on the 2012 Olympics, the massive Thames Gateway regeneration programme and the £10bn Crossrail scheme that will link east and west London.

The importance of the T5 contract and the problems facing his constituency dovetail, he argues. “There was a Lithuanian gang on £15 a day [in Barking and Dagenham] working on a public contract, eating cold beans out of a can and stale bread,” he seethes. “That’s half the minimum wage. The same day I found out about that I met a roofer who told me his hourly rate had fallen £2.50 in six months.”

Without the protection of strong labour agreements, Cruddas says there is an inevitable “race to the bottom” eroding workers’ pay and rights.

It’s a stance that would potentially put him at odds with Gordon Brown should he win: “Would it be challenging if I got elected? Yeah. But I quite like where he’s coming from – more humble, less spin.” He reckons they’d muddle through.

He also praises Brown for moving housing to the centre of political debate. This is vital, he says, to combating the market’s spiralling inflation rate. Cruddas wants local authorities to be free to build more social housing, the government’s attempts to get private companies to increase output having failed over the past 10 years. “There’s an arm lock by private housebuilders over that business model,” he sighs. “It’s a market failure of undersupply.”

Cruddas is starting to sound like that left-winger he’s always depicted as. Then, Building’s left-leaning photographer praises him for arguing for an increase in the top rate of income tax to 50%. His team is quick to stress that his position was misrepresented. Cruddas jokes that he’ll advocate that policy if it picks him up a few extra votes.

For the record, Cruddas is third favourite at the time of writing, no longer an outsider. Yet he remains downbeat. Asked if he would take a job in the Cabinet should he lose, Cruddas says: “No,” adding under his breath, “I don’t think it’s a dilemma I’m going to face.”

Housing. There are forms of landlordism not seen in 20 years, forms of criminality never seen before.

Bobby Kennedy. He took quite a liberal journey, embracing tough stuff on migration and the dispossessed.

For God’s sake [on being told that Hain’s answer was the Welsh assembly]! The Dakota building in New York. It’s just fantastic, you can even see it through Central Park.