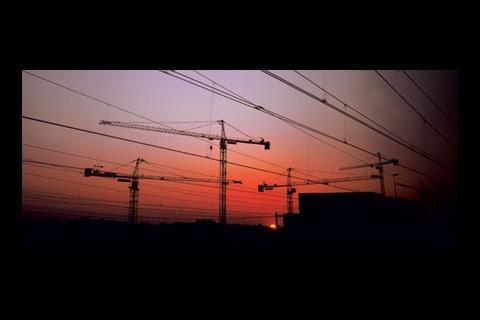 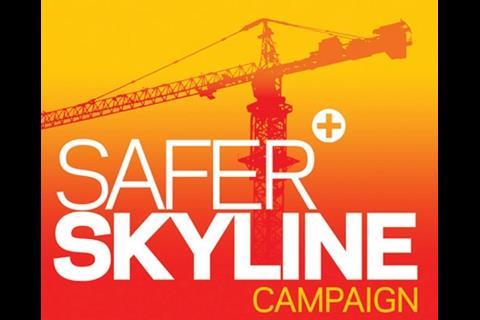 Building’s campaign to make tower cranes safe has won the support of a key Whitehall figure: Lord McKenzie, the minister for health and safety, as Dan Stewart found out. Buoyed up by this ministerial backing, we’re taking our demands to the Strategic Forum …

Building’s Safer Skyline campaign has won the backing of the politician closest to the subject: Lord McKenzie of Luton, the minister for health and safety. At last week’s awards for Britain’s safest companies, McKenzie gave a speech saying the campaign “pointed the way” to improved crane safety.

He also supports Building’s central proposal, for the industry to introduce a publicly available register showing what checks were done on what cranes, and when.

To find out more about the minister’s views, Building went to interview him in his office at the Department of Work and Pensions (DWP). Here, the decor is Whitehall moderne – all brushed glass and sharp edges. The atmosphere is one of professionalism and order.

While McKenzie addressed other issues such as the rise in construction-related fatalities, the falling rate of HSE prosecutions for site deaths and budget cuts to its frontline services (see Q&A overleaf), our main concern was about the three aims of the Safer Skyline campaign.

The first of these was for the HSE to conduct a programme of site inspection to minimise the chances of yet another collapse. This aim has been fulfilled: the HSE has undertaken a series of unpublicised tower crane inspections at city-centre building sites since the Liverpool collapse in January.

“After Liverpool, HSE officials visited the head offices of crane hirers and operators,” said McKenzie. “We needed to address issues of maintenance and their training arrangements. There has been a concentrated focus on this.”

McKenzie adds that this does not go far enough: “One of the risks of just having a blitz is that once you’ve done it, what follows isn’t sustained.”

The inspections are about halfway to completion, and McKenzie pledges that when enough evidence is gathered about why these safety lapses occurred, information will be released by the HSE. He says he owes it to the families of the victims of the accidents. “I have promised that when the report is issued I will go back to local residents in Battersea and elsewhere and discuss it with them,” he says. “It’s not enough to say as a minister, ‘well I can’t talk about this until the report is completed’. Whenever that is, I am going to make arrangements to go and talk to them.”

Building initially called for an “MOT” for cranes older than 10 years, but after consultation with the industry we have changed this to simply asking that checks made on older cranes are more exhaustive than newer ones. At the moment, the type and regularity of checks are not very different for a shiny new piece of machinery and a rusting older vehicle.

Some contractors, including Bovis Lend Lease and Mansell, put an age limit on the cranes they allow on site. If older cranes are to be used, then Building wants them to receive additional inspections to ensure they are fit for purpose.

McKenzie argues that more thorough inspections for older cranes are vital. “These things help because it is absolutely important that we improve where we are. What has happened in recent months isn’t acceptable.”

A public register of checks

Building’s argument is that a public register would make tower crane companies accountable. This is welcomed by McKenzie, though he says the HSE would not have the power to impose it. “If the industry was to develop it, that is something we would certainly support,” he says.

With this ministerial backing, we have taken the proposal to the Strategic Forum; this means it could be included in forthcoming updated crane safety guidelines (see below).

As much as the register would calm the nerves of the public, McKenzie warns that it would not by itself guarantee that machines are properly maintained in the future. “Again, I think we need to be mindful of the register just being evidence that what should happen has happened,” he says. “The fact that the crane has been inspected at a particular point in time isn’t necessarily evidence that good practice is continuing.”

There is no way to guarantee that the country’s tower cranes are 100% safe, but if the industry and the HSE combine to create a positive health and safety environment when dealing with tower cranes, then Building’s campaign will have been successful.

“There are a variety of ways you can go about tackling this problem,” says McKenzie, “but the focus you have given the issue is thoroughly welcomed and we thank you for it.”