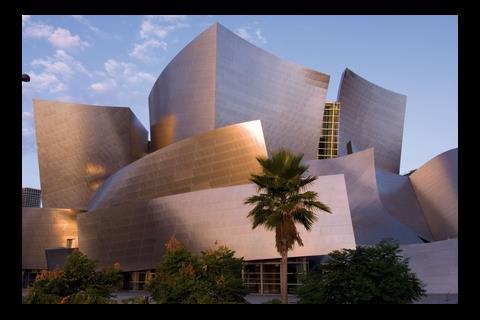 Frank Gehry’s buildings, such as the Disney concert hall in Los Angeles helped create the fashion for non-linear shapes 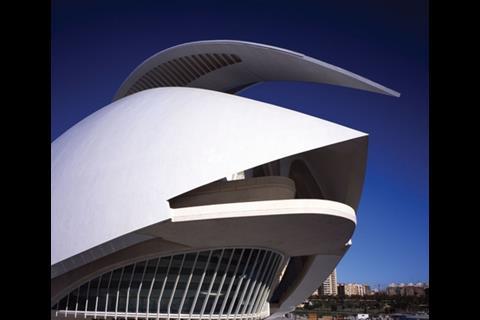 And here’s Santiago Calatrava’s Tenerife opera house, which showed the engineering possibilities of the latest materials

A decade is a long time in construction. Whole cities have been thrown up, building materials have evolved (and devolved), and the form of building components and whole buildings has radically changed, reflecting both environmental considerations and the ease with which odd, asymmetrical shapes can be generated digitally. Project efficiency – from product manufacture to the relationship between consultants and contractors – has also been enhanced immeasurably by electronic tools.

So what are the most significant technical innovations of the past 10 years? It is easy to forget what life was like before climate change played such a pivotal role in the built environment. But is this where we will find the all-important construction developments of the Blair era? Well, the short answer is no. Important as they are, it is only in the last three or four years that we have been driven by this cause.

The one constant of the decade has been computing, our reliance on it, the design opportunities it affords us, and the communication problems it irons out.

We spoke to several key industry figures before drawing up the top 10 technical developments that follow. The experts may have differences of emphasis, but the one thing they – and we – agree on is the growing importance computers and IT have played in our field since Tony Blair took office.

Revolutionising not just the way in which architects and engineers convey their ideas but the scope and complexity of their thinking, 3D CAD is the runaway leader of our league. Its application over the past few years has exploded, taking such geometrically complicated buildings as the Swiss Re tower and the Guggenheim museum Bilbao from dream to reality. Before this technology existed, the basic shape of almost all buildings (or building sections) was the same: apart from the roofs, they were cuboid. Aside from domes, the variation on the straight line would exist normally in just one dimension.

According to Gary Rawlings of Make Architects, most large practices are also starting to use 3D printers and laser cutters. 3D has allowed three breakthroughs, he says: reducing limits to the complexity of buildings’ shapes; easing clients’ visualisations of buildings at concept stage; and producing site drawings from 3D models.

Until recently, analysing forces and motion in and around buildings required a pen, reams of paper, a calculator, and a finely tuned mathematical mind. Although these latter attributes are still important, advances in analytical software have increased accuracy in the discipline while opening it up to a wider base of practitioners. Complex software can now analyse light, ventilation, fire, and airflow around buildings, as well as dead loads and live loads such as moving people, furniture and snow. Greater certainty in determining how materials and structures will behave under countless conditions, has made designers less keen to adopt a belt-and-braces approach to their work.

Chris Wise of Expedition Engineering calls it a “step change in our ability to model complex structures”.

The past decade has seen significant tightening of the Building Regulations. Whatever you think of them, they have had a significant effect on building design.

“The industry is dominated by regulation and we spend much longer dealing with it now than we did 10 years ago,” says Nick Cullen of Hoare Lea. “But most of it is beneficial if you accept the environmental agenda.”

Part L, which concerns the conservation of fuel and power, is responsible for the biggest changes. Most significant is its imposition of stricter U-values, which affect all areas of buildings. Thermal insulation – retaining, excluding and sometimes storing heat – has affected cladding design, cavity walling, windows, flooring materials and roofing.

Off-site construction has becoming more the rule than the exception in modern buildings, according to Steve McGuckin of Land Securities. Cast your eye over almost any building site and you will see evidence of these growing technologies. They include pre-built timber frames, huge steel or concrete sections for floors and walls, innovative cladding systems, small units such as bathrooms and offices, and in some cases entire buildings made exclusively from off-site components. Brendan Ritchie of Inspace Partnerships says that 70% of construction projects now depend heavily on off-site construction. With continued expansion in housebuilding, this figure looks likely increase because of the dimensional accuracy of off-site products and their associated onsite efficiency.

The practice of consultants posting out separate drawings to each other and to contractors each time a small revision is made is not over, but it is in decline. Once dismissed as a victim of the dotcom bubble, project collaboration has become a mainstream tool of the industry. Innovations in these tools have led to scheduling information, cost data and CAD drawings for whole projects being stored electronically in one central database, to which each party on the contract has access over the internet. Through the use of such file sharing software, onsite mistakes are reduced, efficiency is improved and situations where one designer’s drawings contradict another’s are eradicated.

Long seen as environmentally questionable for its high embedded energy and wasteful image, structural innovations are making more efficient use of concrete – which means less is needed. For example, with a system called bubbledeck, voids are created in the regions of slabs where concrete would otherwise do nothing but add weight. Advances in pre-stressed or post-tensioned reinforced concrete have allowed greater distances to be spanned with less material. And, according to Wise, thin, high quality precast systems, such as concrete twinwall, allow sections of buildings such as apartment blocks to be “stacked like packs of cards”.

The advances in cladding systems are almost countless: aluminium systems with polyamide thermal breaks have been enhanced by off-site prefabrication; advances in glass technology have exploited the channelling of natural light while maintaining thermal integrity; artificial materials, such as PVCu, have remained practical and thermally efficient but have been aesthetically enhanced by new paints and finishes; composite systems are being developed; and the use of renewable and traditional materials has increased. Assembly time on site has also been reduced through the production of whole panels in place of components. “Ten years ago, only half the cladding products would have comprised one large panel,” says Ken Shuttleworth, another partner at Make. Now it is far more common.

Manufacturing techniques have improved across the board, but have been most groundbreaking in steel fabrication. CNC, the process by which instructions for cutting steel can be fed into a computer, thus eliminating the middle man, has led to more complex buildings and more complex shapes. Shuttleworth says: “There’s now a much closer relationship between designers and steel manufacturers, mainly because of the transfer of information by computers.” Innovations such as cellular steel beams, which can be cut along their webs and re-welded to form lightweight members for large spans, are also now in use.

Energy production (and conservation) is inextricably linked with the construction industry but reliance on inefficient, traditional methods prevailed. However, the end of this 10-year period is seeing see a boom in technologies such as photovoltaic and solar thermal energy, wind turbines, ground source heat pumps, and CHP. Although their take-up is comparatively low now, the next 10 years will change that.

“In some ways we’ve moved away from the high-tech materials of 10 to 15 years ago,” says structural engineer Ron Packman of Packman Lucas, “and we’re starting to use more that’s been dug up or grown.” They may not yet be mainstream but materials such as clay and compressed earth for cladding, rockwall, lime mortar and sheep’s wool for insulation, and sustainable timber for building frames, are easy to manufacture, require little energy, and have begun to establish a modest but discernible presence.