How six women saved the 'heart' of a £120m project 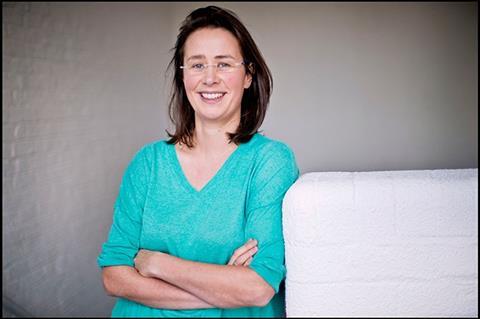 The £120m project to deliver London School of Economics’ Centre Buildings Redevelopment was at a crossroads.

Uncertainty about the Brexit vote had led to rising costs in the building industry, which was affecting this scheme, like many projects.

Reluctantly, the team working on the scheme looked at a number of value engineering options, including possibly losing the scheme’s collaborative staircase - which weaves through the heart of the structure and aimed to inspire debate between academics and students.

By coincidence, and unusually for an engineering project of this size, those in charge of delivering that stage of the scheme at the time were predominantly women.

Today, on International Women in Engineering Day, six women involved in the project say it was a non-adversarial and informal approach to working which helped them find a solution to save the staircase and, additionally, hand over their part of the project, which is due to open in 2019, on time and on budget.

Each believes that to improve on the shocking figures that show only 9 per cent of engineers in the UK are women, the industry needs more female role models.

Furthermore, the female team’s experience on the project – where many worked flexible hours for childcare and four women went on maternity leave and returned to the project - could provide useful lessons for collaboration in the building industry and beyond.

Emma Lovegrove, principal project manager at LSE, admits she was concerned when the staircase issue arose.

‘To remove the collaborative staircase would have been an easy win but it would have ruined the entire look and feel of the building,’ she said. ‘One of the cost saving suggestions the architect came up with was to save on their fee by allowing us to employ a different delivery architect. It worked and it allowed us to save the staircase.’

Tracy Meller, the project lead on the scheme and the first woman partner at architects Rogers, Stirk Harbour and Partners (RSH+P) said the solution – which saw the architect agree to let LSE reduce the project costs by employing a different delivery architect, which also allowed RSH+P to remain on the client side to help LSE safeguard the design - was only successful because of the team bonds formed which allowed a collaborative response to what was considered a shared problem.

‘This was a point in the project where there was a lot of stress anyway but it enabled us to take a very pragmatic approach to it, which was born out of the strong relationship. It was about keeping the conversation going and not reverting to emails and escalating up through the chain of command. Better communication helped keep the heart of the project,’ she said. This view was echoed by her project architect at RSH+P, Lorna Edwards. ‘It is very easy to misinterpret a communication by email whereas if you just pick up the phone it’s very clear what you are trying to convey and achieve.’

Lucy Vereenooghe, director at ChapmanBDSP and lead MEP engineer on the scheme, said the project had reinforced the simple truth that the better the relationships beget better results. And she believes that the all-female team was a factor in this project.

‘If relationships are not going well you don’t make a huge effort. But, because of the relationships, everyone was willing to go the extra mile,’ she said. ‘As women we had more in common with each other. We would text each other during the project and give one another a heads-up if things were wrong. It is what made the project easy to work on and one of the most pleasurable projects of my career.’

She added value engineering on this scheme was crucial, where every design feature was revaluated and scrutinised. ‘It’s a real testament to the design team as a whole that we managed to resolve and rescue the staircase as it not only encourages collaboration between floors, but a great wellbeing feature’.

Hero Bennett and Tamsin Tweddell at Max Fordham, client sustainability advisors on the scheme, also agree that working with other women felt different.

‘There was something in it being all women, I think the collaboration is easier, we relate to each other more easily. We have a tendency to be less adversarial and to work to find solutions. There is something in that stereotype but there are plenty of men who can work like that and there are plenty of women who won’t’, Tweddell commented, adding the non-aggressive collaboration helped get better results. ‘If people feel really comfortable sharing those thoughts you are much more likely to get to the best solution. As soon as people are defensive you miss lots of opportunities. People don’t want to look stupid or be contradicted so you just don’t say anything.’

Bennett added flexible working and a shared experience meant women were not afraid to talk about family at work and felt relieved they could ‘take all of themselves’ to work. ‘I went on maternity leave during the project, it was not a problem,’ she said. ‘The conversations were always non-confrontational and there was always a willingness to problem solve.’

Lovegrove added: ‘Having a team where many of the women had children and worked flexible hours helped. Between Tracy, Lorna and myself, we were limited to three days a week for meetings, but we all worked really hard to make it work,’ she said. ‘It is about trust. I like to think we all had respect for each other but there was trust as well. It meant agreements like the staircase could happen. It can become very emotional, the project is like a child to you and you care about it deeply…but because we could sit down with each other we were able to agree a way forward and carry on.’

Meller and Vereenooghe added sharing the women’s collective experience could be useful when managing future projects.

Meller said: ‘The method of resolving a dispute was noticeably different on this project. We worked the back channels…When you are the same gender it is easier to allow that informality to develop. You fall into a shorthand quicker and give each other a heads-up on a problem or have a coffee before a meeting to run through something, trying to catch problems before they became big issues.

‘We are a bunch of good professionals and that we happened to be all women also brought some benefits. The fact there was a connection between us meant we were able to do what we do well better.’ Vereenooghe added: The project reminded me that women lack role models in the industry and we need to do more.’