How Theresa May can avoid a construction recession

In these days of lightning fast political changes, and possibly dire economic prospects, prime minister Theresa May has to hit the ground running if she is to prevent construction slipping into another recession. Fortunately, writes Iain Withers, there are plenty of things she can do - and some expert advice here to cheer her on her way 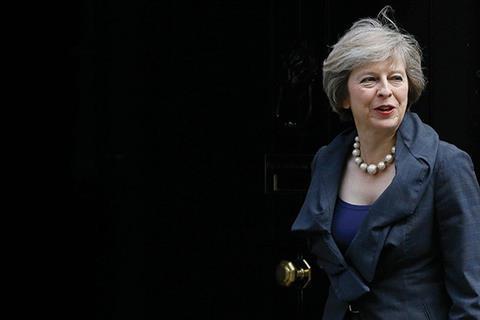 The appointment of Theresa May as prime minister after her rival Andrea Leadsom dramatically dropped out of the leadership race on Monday is likely to come as a welcome relief to the construction sector. The political and economic hiatus unleashed by the vote for Brexit last month had threatened to plunge the sector into a prolonged slump.

The prospect of two months without a functioning government was likely to hit capital investment hard as public and private clients reviewed or cancelled investment decisions. But for construction bosses sweating over business plans and forecasts thrown into question by Brexit, the danger has not yet passed.

In truth, construction’s good times were already starting to turn sour well before the EU referendum. After a two-and-a-quarter year continuous growth spurt – with output hitting a seven-year high in the second quarter of 2015, levels not seen since the heady pre-crash days of early 2008 – the sector has been faltering ever since, according to the Office for National Statistics (ONS). Construction output shrank quarter-on-quarter in two of the last three reported quarters, and only narrowly avoided a recession – defined as two consecutive quarters of contraction – by growing a paltry 0.3% in the final quarter of 2015.

Whatever construction economists had been expecting to happen for the rest of the year – and a rebound and modest growth for 2016 overall had been widely forecast – that went out of the window with the Leave vote. Economists now believe it is “too early to say” what the likely impact of the referendum result will be on construction, but they agree the impact is likely to be negative, particularly in the short term.

The warning signs are there for all to see, with public and private projects being reviewed or cancelled and firms at the sharp end – such as architects Make and Sheppard Robson – starting to make redundancies. The concern for construction firms is that an already weak period for the sector could turn into a prolonged and painful slump.

Does it have to be that way? Economists, battle-hardened from many a previous recession, tell us no. There are actions the new May-led government can take quickly that could help the sector avert a crisis. We examine the prospects for construction post-Brexit vote and ask economists and sector specialists (see overleaf), to share their priorities for May and her new team.

Even before the EU referendum, there were growing signs construction was set to flounder this year. Last week’s Markit/CIPS survey of construction buyers registered its lowest sentiment reading for seven years in June, with more purchasers expecting a downturn rather than expansion than at any time since 2009. New orders were also weak in the first quarter of this year, according to the ONS, particularly once a handful of large infrastructure orders which skewed the figures were taken out.

Commenting on the likely impact of Brexit, Experian said “this is currently unquantifiable, but is almost certain to be negative”. Potential vulnerabilities highlighted included tightening credit, a potential drop in consumer demand, a drop in house prices, cuts to public capital spending and a drop in foreign direct investment. Commenting further, James Hastings, Experian’s head of construction futures, says it’s a “fair assumption” Brexit will lead to further downgrades, putting construction “effectively in negative territory for the rest of the year” – in other words, expect a construction recession.

Economists are also expecting a recession in the wider UK economy post-Brexit. A majority of economists surveyed by Bloomberg last week expect the UK economy as a whole to slip into recession this year, while Lloyds Bank’s latest business barometer suggests we could be heading for a 0.5% contraction in the third quarter alone. It came as no surprise when the fragility of the UK’s economic plight was underlined by Standard & Poor’s ruthlessly stripping the country of its last triple-A credit rating just days after the referendum result.

So in the face of this expected downturn, what steps can the government take to help construction dodge a slump? “There’s nothing I can really think of except a second referendum to reverse the first one,” Experian’s Hastings says, only half-joking. But despite the bad economic indicators, there are plenty of actions May’s government could take to help the sector.

“Uncertainty” is raised by economists as the biggest issue that needs to be tackled head on. Construction firms will quickly want clarity on May’s government’s views on a whole host of matters, including on “the three Hs” – HS2, Hinkley and Heathrow. Experian’s Hastings says: “The one thing government can do [to help construction] is make it clear they want to take forward the projects currently in the infrastructure pipeline and recommit themselves to all those projects to give contractors some clarity”. May’s move to Number 10 raises the prospect that the airports question could be resolved earlier than October, the month the decision had been put back to following the referendum.

There is cause for some optimism among construction firms in the wake of George Osborne’s decision to scrap the government’s commitment to achieving a budget surplus before 2020, in perhaps his final act as chancellor. This loosens the government’s ability to spend on infrastructure to help it avert a downturn. Given that private sector construction has already taken a hit in the weeks following the EU referendum, with commercial projects stalling, property and housing values forecast to fall and housebuilders and developers taking hits on the London Stock Exchange, spending on public sector projects could be critical in the coming months if the construction industry as a whole is to avoid a recession. A splurge in public sector construction investment has worked before. “[After the financial crisis] the stimulus that government had in place between 2008 to 2010 really worked,” says Simon Rawlinson, Arcadis’ head of strategic research and insight. The Tory-led coalition then radically cut back capital spending, but Rawlinson is hopeful May’s government will choose a different response to this particular downturn. “Construction had a double-dip recession partly because programmes like road spending were cut in 2010. That was obviously a bad idea in retrospect.” Rawlinson suggests other potential stimulus policies that don’t involve major spending could include accelerating the release of public land or giving further incentives to energy firms to build power plants, or private rented sector developers to build rental properties.

Given the Conservatives’ full-hearted commitment to infrastructure spending since they won a majority last year, and long-term planning such as the National Infrastructure Pipeline, there is reason to be optimistic that May, seen by many as a continuity candidate, will not deviate from these plans. The government is also locked into long-term spending periods in areas like transport and utilities. Noble Francis, economist at the CPA, equally sees “no reason” why expected increases in health and education spending won’t still occur.

Meanwhile, Barbour ABI economist Michael Dall argues that support to “keep housebuilders building” is key, as “housing has been the consistent driver of growth” in recent years.

Experian’s Hastings is keen to stress that while construction may be in for a bumpy ride, the sector isn’t facing another financial crash. “There’ll perhaps be something of a slowdown, but nothing like 2007-2008 will happen again,” he predicts. If May’s government can act quickly to provide certainty and funding for a faltering construction sector, a recession could yet be averted. But whether Brexit negotiations can be navigated to the benefit of the sector and the economy at large very much remains to be seen. We’re certainly not out of the woods yet.

How Theresa May can avoid a construction recession

Peter Hogg, head of government and municipals at Arcadis