4
How to be a patron of the arts
Focus

How to be a patron of the arts 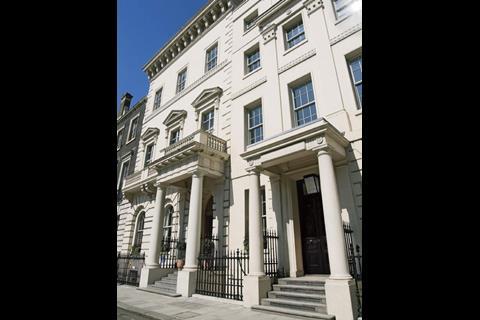 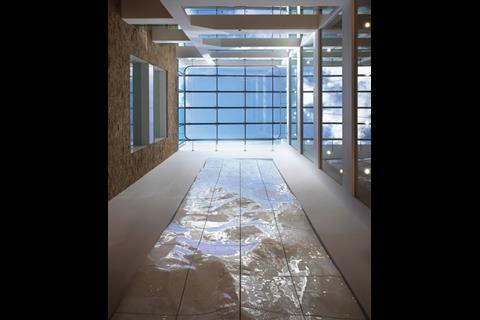 No refurbished corporate headquarters is complete without its specially commissioned artwork – and 11-12 St James’s Square in west London wasn’t to be outdone.

Clinging to the building’s atrium wall is a gently undulating sculpture made from 68 panels of high density foam. It depicts the topography of Macgillycuddy Reeks, the highest hill in Ireland. Linda Morey-Smith, the architect and interior designer behind the refurbishment of the period houses, explains how it went about commissioning the artwork for the space.

What was the original vision?

The atrium previously climbed from the basement to the sixth floor, with just a small cone rooflight. This has been replaced by a glazed roof that combines with a glass frontage to maximise natural daylight

and reinvigorate the space. So we were looking for a piece of artwork that would connect the atrium from the bottom to the top of the building, something that would draw the eye upwards. And as architects, we wanted something that was clean and free from fuss.

How do you go about commissioning it?

We employed a firm called ArtSource. A lot of artists don’t want to work directly with clients or big corporations and vice versa. ArtSource came up with a shortlist of four artists and ideas, all quite varied, that were presented to the client, D2 Private, which met all of the artists to discuss the project. The client chose Dan Chadwick, who proposed a sculpture based on a piece he had on display with ArtSource.

What’s the concept behind it?

The sculpture is based on topography and is made up of 64 sections. Each 1 × 1m section represents 1 × 1km of a real landscape. Dan sat down with the client and together they came up with the topography used. It turned out they both came from Ireland, which led to them using the Macgillycuddy Reeks, which also had an interesting topography – it wasn’t too flat and had some depth to it.

How did you incorporate it into the architecture?

Because some areas are almost flat with ranges of 30-40mm and others are more prominent with peaks of 450-500mm it was decided to recess it into the wall. This had implications, though. Because it was recessed into the building fabric, it was deemed that it had to comply with Building Regulations and both building control and the fire officer became involved in its development.

What sort of lead times do artists need?

It’s not like dealing with a contractor – you need to spend a lot of time discussing the concept with them and you can’t just say deliver it by this date or else these are the penalties. They also have to work it into their programmes and some of these pieces can be quite technical. The Macgillycuddy Reeks piece is made of high density foam, acrylic paint and lacquer and was made at Dan’s studio in Stroud, Somerset, before being transported to London and installed.

Were there any compromises?

The disappointing thing was the installation of the track for the cleaning cradle. We explored lots of options but in the end we couldn’t find any other way of providing the necessary access for maintenance and cleaning. We ended up having to drop the artwork down slightly to make room for the track and cradle.

What do you think of the installation?

We’re happy with the end result and so is the client. We’re now doing another project with the same client – this time at Savile Row.

What was the secret to its success?

It’s really important that the architecture and artwork are integrated. What I hate is when something is just stuck on the wall at the end of a project. Close contact and collaboration between the client, architect and artist is really important.