How to find happiness 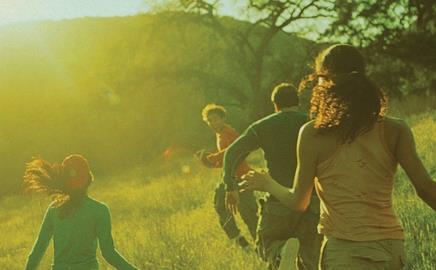 A recent survey found that construction workers are more miserable in their jobs than anyone else. But fear not, here’s Building’s comprehensive guide to happiness, plus an indispensable quiz to find out how bad things really are.

Have you been feeling glum recently? Miserable in management? Depressed as a director? Querulous about quantity surveying? You are not alone. Last month a study into happiness in the workplace conducted by City & Guilds named a 40-something male builder from Northern Ireland as the UK’s unhappiest worker. In terms of occupations, builders, along with bankers, were the least happy in their jobs, and the malaise is spreading throughout construction.

Many would blame doom-mongering forecasts about the economy, share price crashes, job insecurity and worries in the housing market. But why is construction in particular so down in the dumps? Jessica Pryce-Jones is chief executive of consultancy iOpener, which specialises in happiness at work, and she says we need to learn to talk to each other. “People running projects are losing sight of the need to ask people what they’re enjoying about their jobs,” she says. “It’s also crucial to show gratitude when people have done good work.”

Still feeling sad? Not to worry. In true self-help style, Building has put together the five sure-fire secrets of staying happy in construction.

It may come as a surprise, but a big pay packet does not guarantee feelings of joy towards your job, according to the Happiness Index. Hairdressers, for example, are right at the top of the City & Guilds survey, and Pryce-Jones says putting up buildings is more like cutting hair than you might think: “At the end of the job you can see a good result; you can take pleasure in what you’ve made. It’s not like banking where you have people asking ‘where did I add value? I can’t see anything’. People stay in jobs not because of the money, but because they like what they do.”

That’s not to say that a little more predictability would not improve some people’s jobs. Martin Burton, contract manager at HW Sladden Commercial, says: “Building would be happier work if we could just get on with a job and be treated fairly. But you’re always wondering whether you’re going to get paid, when and how much, and that has a debilitating effect. If you’re getting paid on time, you’re happier.”

Problems at work are easier to deal with when everyone is pulling together, and the Happiness Index found that 56% of employees stay with their employers because of good relationships with colleagues. Angela Walker, strategic marketing director at Morgan Ashurst, echoes this: “I really enjoy working in the industry and part of that is down to having a good team. Teams need to have conversations through the day and through the job and everyone needs to be kept up to speed with what’s happening and what’s going to happen next.”

Teamwork can be boosted with fun group activities. Jon Mayor, a QS and associate at Davis Langdon, says: “I was involved in a Cornish pasty-eating competition. There were six pasties to eat, and on a team of three I had three of them. We won in three minutes and four seconds – and they were big pasties.”

One of the crucial areas for employee contentment identified in the survey is simply enjoying your job. Many construction professionals we spoke to admitted that they felt a surge of pride when passing a building they had help create, but some people get their kicks in more unusual ways. “I get my sense of achievement when I turn a boiler on,” says Burton. “Some people might think that’s a bit peculiar, but it’s important stuff. I’m proud when my guys have done a good job.”

Often the most daunting work can be the most rewarding, says Mayor. Remembering a change of strategy to a project after a terrorism scare, he says: “We constructed a 14-lane search security zone for outbound passengers which involved negotiation with the framework partner, and we adapted our plans, adapted the budget and engineered the solution. Those jobs where you feel like you’ve stretched yourself are always the most enjoyable.”

Praise for good work from bosses boosts workplace happiness, according to Pryce-Jones, but like all relationships there has to be communication from both sides. “In Japanese industry there’s something like 27 suggestions per employee per year on how to improve things,” she says. “In Britain there’s an average of one. Who knows better how to fix things than the people who are doing those things?”

Everybody considers chucking it all in from time to time, but Pryce-Jones preaches the importance of keeping your chin up at every level within a company. “Feelings are contagious,” she says. “Bad feeling at the top of the company about things like the credit crunch will be passed on quickly, and one of the dangers is that they will then be passed on to customers. It’s vital that management remains positive.”

Pryce-Jones suggests that construction professionals focus on what they’ve got. Her advice is to forget about colleagues whom you perceive to be in a better position, after all, “what you can’t control and can’t manage”.

A final word from Mayor: “I enjoy the industry far more than I used to, and yet I support Man City, so how can I ever be truly happy?”

How happy are you?

Why not take our quiz to find out …

1. You attend a glitzy opening ceremony for a four-year project you’ve been project manager on. You’ve poured blood, sweat and tears into the scheme, but the big-name architect pointedly leaves you off a long list of “thank-yous” during his speech. Do you …

a) Smile and applaud with good grace assuming he has innocently forgotten?
b) Grit your teeth and remind yourself that you were the real brains behind the project, despite critics fawning over the architect’s edgy, bold vision?
c) Storm home, draw the curtains and have a little cry?

a) Shrug if off, tell yourself you win some, you lose some and treat yourself to a really good bottle of wine to celebrate the end of the project?
b) Hurl abuse down the phone and get your solicitor to write threatening letters on a daily basis?
c) Leave a dead horse’s head in his bed?

3. Rumours abound that your employer intends to sack half the workforce. Do you …

a) Skip round the office or site quoting Voltaire that all is for the best in the best of all possible worlds?
b) Make it known to your employer which of your colleagues are not pulling their weight and generally brownnose your way into their good books?
c) Steal as much site and office equipment as you can lay your hands on?

Mostly As You are a shining beacon of happiness. Your love for construction knows no bounds
Mostly Bs Things could be worse, but you’ve got a lot to get off your chest. Consider starting an angry blog
Mostly Cs Time for a new career