A section of the railway may have been approved but many questions remain: why are costs higher than on other high-speed lines around the world, how can the railway avoid Crossrail’s mistakes – and how much of it will really go ahead? Jordan Marshall reports 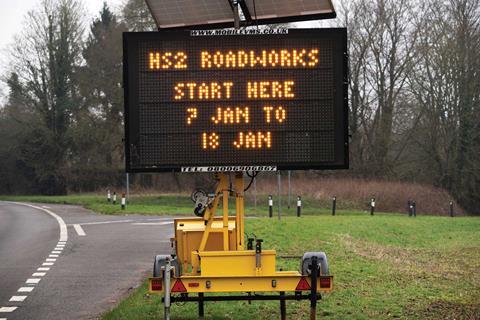 “Even before HS2 has properly begun, the budget has more than doubled and it’s more than 10 years behind schedule. So, it is really important the government gets a grip on that.”

So says Sadiq Khan, the London mayor who has seen first-hand how drastically and quickly a major rail project can go off the tracks. Khan and London’s experience with Crossrail has done little to quell concerns about the tentatively approved £100bn HS2 project, as months of headlines have pointed out all the ways major infrastructure projects can go awry.

>> Latest: Chinese could get role in HS2 – but not for next five years

When the idea for HS2 was floated in 2009 by then-transport secretary Andrew Adonis, it could hardly have been envisaged that the railway would take almost 11 years to receive the go-ahead, which finally came from Boris Johnson last week. Back then, the project was advertised as a way to stamp out domestic flights and as Britain’s opportunity to deliver its own high-speed rail line. Adonis said the country had been shamed into HS1, which links London with the Channel Tunnel, by the French. 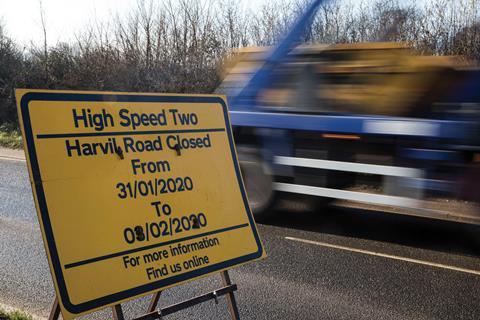 The plan for the country’s second iteration of high-speed rail was originally budgeted by Network Rail in 2010 at between £30.9bn and £36bn. It was given a budget envelope of £42.6bn in 2011 prices two years later.

The rolling stock was estimated to cost a further £7.5bn. These prices were combined and adjusted for inflation in 2015 to give the megaproject a budget of £56.6bn.

Four years on, that official budget has swelled to between £80.7bn and £88.7bn, with the independent review led by Douglas Oakervee estimating that it could increase by another 15% to 20%.

But the budget blowout is just part of the financial picture painted by Oakervee in the review, which was published as Johnson spoke about the project from the despatch box last week. What is perhaps more concerning is that the cost of HS2 is significantly higher than similar projects elsewhere in the world, such as those in continental Europe, Japan or China.

Oakervee, who was the original chair of HS2, says there are reasons specific to the UK that have led to the project’s exorbitant comparative price – he thinks the construction industry’s fragmentation is partly to blame for HS2’s eye-watering price tag. Other factors include the high specification of the project, which is being built to handle more services at higher speeds than the world’s most prolific high-speed lines in China.

Oakervee describes the design as over-specified and “gold-plated” – a nice way of saying excessively extravagant. He says that contractors, terrified of risk in the post-Carillion world, are pricing in too much risk and should be told to cost engineer their projects or risk losing their contracts. Given that the industry stands to earn around £4m a day from work on the project, the threat of redistribution of contracts, which has been built into the first civils contracts awarded, would alarm many firms. 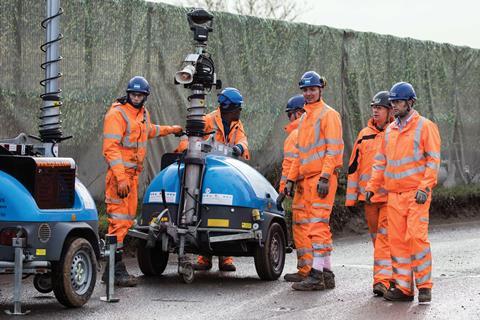 Engineers in the Colne Valley, West Yorkshire, move equipment for felling trees. Some residents have already been ordered to leave their homes to make way for the northern section of the route

The problems with price are just one of the issues highlighted in the review, which also raises lessons from projects – namely Crossrail – where there have been a lack of appropriate skills through different stages of the project – particularly systems integration.

The review says: “Learning from other major transport projects, including Crossrail, indicates that there needs to be a single point of accountability for systems integration: systems should be considered from the outset of the project and integration plans should be fully understood.”

Having the appropriate skills, controls and governance in place for varying stages of the project is one area that does appear to be heading in the right direction for HS2 – with Oakervee optimistic about the performance of chair Allan Cook and chief executive Mark Thurston. 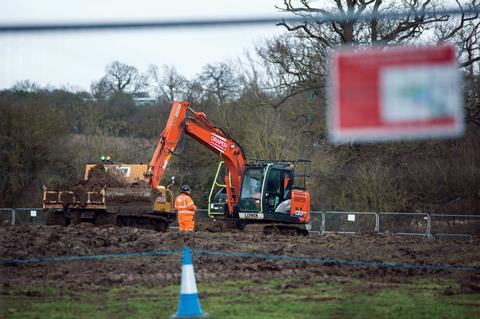 Early works being carried out on the new railway. The Oakervee report says that the industry’s fragmentation is partly to blame for the project’s huge price tag

But Oakervee is optimistic, saying Thurston has played a leading role in reshaping the executive team and in seeking to improve the capability of HS2 Ltd, while the performance of the organisation’s board has been on an upward trajectory since Cook’s arrival in December 2018, even though the project has had some significant leadership churn in that period.

Phase 1 managing director Jim Crawford walked away from the project in June last year after five years in post and has since found himself appointed to the board of Crossrail. Richard Robinson, chief operations officer and Thurston’s second-in-command, left last September and has been named Atkins’ chief executive for the UK and Ireland.

Sarah Johnson, the programme’s corporate sponsorship director, left a month later to take up the role of chief executive of the sponsor board for the Palace of Westminster’s restoration.

Despite this turnover at the top, the review says it has determined that HS2 Ltd’s board and corporate governance appeared to be nearing substantial readiness for the next stage of the project – but additional non-executive directors should be appointed to keep oversight and add expertise.

While headlines last week signalled that this next stage of HS2 seemed likely to start sooner rather than later, it is not quite that simple. While Johnson said “yes” to the sections of railway that will run from London to Birmingham and onward to Crewe, the news was not so clear-cut for the arms that will continue on to Manchester and Leeds, or in fact the project’s London terminus at Euston.

While Johnson was emphatic that the line will continue to the North and that plans for an integration of HS2 phase 2b and Northern Powerhouse Rail (NPR) would see improvements to northern infrastructure delivered earlier than the current prediction of 2040, Johnson’s announcement did little more than keep that section of the project in a holding pattern.

But John Armitt, chair of the National Infrastructure Commission (NIC), welcomes the government’s decision, particularly its integrated plan for the North, which he says will be informed by an assessment from his organisation. “[While] the precise scope of this [assessment] has yet to be finalised, the prime minister set out that the assessment will seek to identify the most effective sequencing of all relevant investments in the North, and look at how HS2’s phase 2b and NPR can work alongside other investments in a cost-effective way,” he says. 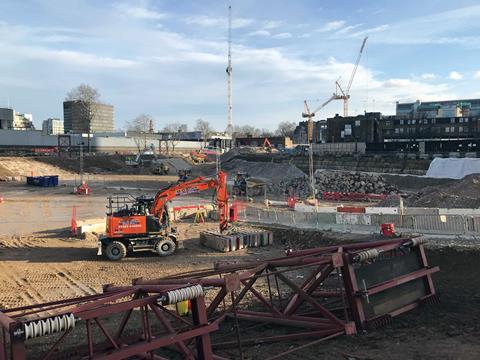 This appears to be a “sensible way forward at this stage”, Armitt says, adding that what UK infrastructure needs is sound decision-making to inform long-term planning.

It is understood the government wants to make its decision on how best to proceed based on the NIC’s recommendation by the end of the year. One source close to the project says it would not be surprising if the funding for phase 2b is, at least in part, rolled into the money for NPR to create a more cohesive plan and make the funding for HS2 more politically palatable.

When it comes to Euston, there are shades of Crossrail’s problem-project Bond Street already emerging. The job is apparently running so far behind that the Oakervee review recommends reworking the designs and starting phase 1 services with a temporary terminus at Old Oak Common.

Apparently, HS2 Ltd and the Department for Transport, together with Lendlease and Network Rail, which are responsible for the masterplan to redevelop the mainline station, have been exploring options for amending the design of Euston station to potentially reduce the size and number of platforms and encourage a single build, which Johnson has said is now a requirement for the project to go ahead.

It is understood that the Mace/Dragados team signed up to deliver the central London HS2 station will also be brought into the team in order to rework the programme. Even if this is achieved, there are other uncertainties at Euston that make the scheme significantly more problematic than other phase 1 stations, even bearing in mind that the project has already been forced to restart the procurement process for Curzon Street station in Birmingham in order to handle risk distribution more fairly. 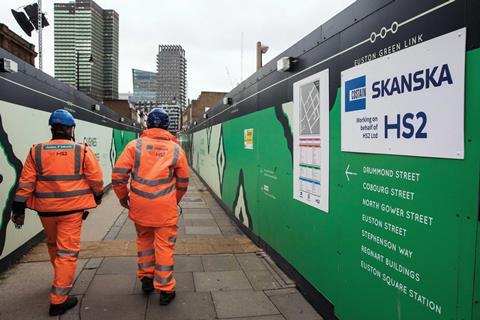 The fact the highly uncertain Crossrail 2 project is due to run through Euston is just one of the issues feeding into the uncertainty, with Oakervee also saying he feels HS2 is unable to optimise the commercial opportunities that will be provided by the new-look station.

Aside from complications on the project itself, there are still concerns about what an investment in HS2 means for other infrastructure schemes. London’s Khan, who has long been for ensuring the line runs all the way to Euston, says, perhaps unsurprisingly, that while it is important to invest in areas outside the capital, it is imperative this does not come at the expense of infrastructure investment in the capital. He has previously expressed the importance of this given that is where the largest amount of the tax earnings that fund major infrastructure comes from.

“I think it is possible to do more than one thing at a time. We need to increase capacity in train lines going across the country, not just from London to Birmingham, but to the North-east, the North-west and to Scotland as well,” he says. “The government has got to realise that it is not a zero-sum game. You don’t need to invest in the north of the country at the expense of London.”

This statement encapsulates one of the biggest challenges facing HS2 – the fact that much of the country feels it is missing out. Whether it is London fearing it will not get the funding to deliver schemes such as Crossrail 2 and the Bakerloo line extension, or Wales and Scotland feeling they are simply being ignored, HS2 faces a public relations battle to prove its worth – a fight non-executive director Dame Judith Hackitt has previously told the board it is losing.

While the project may have the right to go ahead and, as Armitt says, “it feels like we stand at a moment of great promise”, there is no surety it will proceed without significant problems. In fact, if past projects tell us anything, it is almost guaranteed to encounter significant hurdles.

This is the point that Oakervee seeks to reinforce repeatedly, that while certain factors around the scheme, such as the high level of specification and the many-tiered construction supply chain, are unique to either the country or the project, there are still lessons that HS2 must learn. And it must learn them quickly if it is to stand any hope of delivering what it needs to – and getting the country as a whole onside with the project.