In Dodds we trust 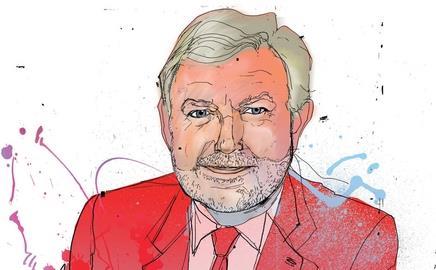 The secret’s out: Kier is a gem. The construction industry has long admired its ability to keep a tight rein on finances while maintaining a steady flow of profitable contracts in an era when this became a rarity among big contractors. Now, after increasingly impressive sets of results, the City has really taken notice of this track record, and its share price has soared from £15 last June to about £25 today.

Little surprise, then, that John Dodds, the firm’s leader, was named Chief Executive of the Year at the Building Awards last Wednesday.

The 61-year-old took the helm in 2003. It is true that the business was already in good shape – it had just generated a record turnover of nearly £1.4bn. But rather than being content to just milk the cash cow, Dodds saw what he had inherited as the foundation for an even more successful company. This has duly come about: Kier’s interim results last month showed a 27% increase in pre-tax profit to £36m.

Many see those results as a reward for Dodds’ decision to stick with Kier’s conglomerate-style model, in which the construction division generates cash for the housebuilding arm, which then produces the profit. Other divisions include support services and property.

“Even five years ago, ‘conglomerate’ was a dirty word,” says kevin cammack, analyst at Kaupthing Singer & Friedlander. “A lot of companies shed businesses to focus on core activities but Dodds has gone against the trend.”

In a recent interview, Dodds addressed that point: “[Running complementary businesses] always used to be the thing most construction companies did. People stopped doing it when it became unfashionable with the City, but we think it’s still quite a sensible match.”

Cammack says Kier has made a virtue out of being a hybrid, and far from having an image that the City fears – jack of all trades, master of none – it is considered a leader in most of its markets.

He adds: “Dodds carried on from [his predecessor] Colin Busby’s work, but it could be argued that he’s taken things forward at a quicker pace.”

This is demonstrated by the company’s order book, in which incoming construction contracts total £1.2bn. It proves that Dodds has made sure every division delivers, thereby countering the usual weakness of the conglomerate model – one underperforming business drags down otherwise good results.

People who know Dodds say he has succeeded in this by making sure he is in contact with people at every level of the business. He is able to communicate effectively because, as everybody points out, he is direct and down to earth. And it probably doesn’t hurt that he has spent time at nearly every level of the business himself, having been with Kier since the early 1970s.

John Morgan, chairman of Morgan Sindall, knows Dodds well, having sat with him on the board of the Major Contractors Group. He says one indication that Dodds’ model is successful is that Kier’s rivals are emulating it. Galliford Try, for example, is expanding its housebuilding business alongside a contracting arm.

Of Dodds, Morgan comments: “John is a very straightforward guy and he is highly respected as a result.”

And that’s why Dodds, who is planning his retirement, can walk off into the sunset proud of his contribution to the industry.

All the winners and runners-up are profiled in the Building Awards supplement, free with this week’s issue. And for more on the Building Project of the Year on click on the related story below.

Chief executives from the UK’s top 100 contractors and housebuilders, as determined by Building’s league tables, voted for the person they thought was their most successful peer in the past 12 months. Voting from this shortlist, the winner was decided by a panel of judges. The award was sponsored by KPMG. Last year’s winner was John White, then chief executive of housebuilder Persimmon.