In the first of a series of articles leading up to the Building Live conference, Joey Gardiner reports on the opportunities in infrastructure in a sector tipped for huge growth. But there are still risks that must be dealt with 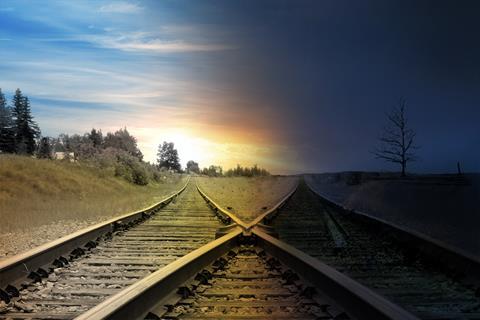 On the face of it, the infrastructure sector is a rosy place to be. According to the Construction Products Association, construction output for this portion of the market, currently sitting at £13.4bn, is forecast to grow 72% in the five years between 2014 and 2019 – growth of more than 10% each year, every year.

Few parts of the industry can rival this stellar growth, backed by a resurgent government interest in funding road and rail construction, and the expected go-ahead of a number of major schemes such as the Thames Tideway Tunnel (and possibly even Hinkley Point C), which have been on hold for a number of years. The government says the joint public/private pipeline of planned work is worth £411bn, much of which could come to fruition in the next five years.

Meanwhile, promises of city devolution continue apace and the chancellor George Osborne remains committed to his northern powerhouse concept, which is supposed to see greater investment in infrastructure outside London and the South-east.

Nevertheless, problems abound, even in this relatively buoyant sector. The reliance for this growth on a number of mega schemes, which have so far been repeatedly delayed, the difficulty of skilling up to meet forecast demand and the risk that promised projects might not materialise are just the most obvious. This week Building is kicking off a series of pieces leading up to the Building Live conference on 26 November, which will focus in turn on each of the conference’s five main streams, identifying three major challenges for each of the markets that will be further explored on the day. We start in this issue with the challenges facing the stream that is perhaps most important for the future of the industry: infrastructure, cities and the northern powerhouse. In addition, Alex Jan from Arup gives his thoughts on the challenges thrown up by the prospect of ever greater devolution to cities and regions.

Political risk is the uncertainty projects can face if they are dependent upon government funding or policy in order to go-ahead ± the danger being that a government may change course or a new government abandon something for political rather than directly practical reasons. With the May election now a distant memory, the automatic assumption is that political risk should have diminished with there being no prospect of an imminent change of government. Moreover, chancellor George Osborne’s announcement last week that he is bowing to pressure to introduce a National Infrastructure Commission should help reduce this political risk in the long term, if it is rolled out as envisaged by the man behind the idea, Sir John Armitt.

Despite this progress, the reality for many in the new parliament so far is that political risk has increased, in part because of the desire for the majority Conservative administration to differentiate itself from its previous ™coalition∫ incarnation, and in part because of huge uncertainty over whether Labour will maintain cross-party support on long-term mega-projects like HS2. James Stewart, global head of infrastructure for KPMG, says: “The political risk is very high. Certainly all the regulated markets are under huge pressure. The Corbyn factor is also important ± it shows the complete unpredictability of politics.”

So rather than reducing, the risk to projects from political decisions or meddling has merely shifted since the election. Alasdair Reisner, chief executive of the Civil Engineering Contractors Association (CECA), says: “The risks are more about how the current government’s views are different from the coalition’s ± for example, we’ve seen the impact of this on the renewable power sector, where the impact has hit hardest.”

The next hurdle to get over is the November spending review, where chancellor George Osborne will be looking to slash billions from previous years’ spending plans. “We’re looking for the government to maintain its support for Crossrail 2 and the northern powerhouse projects, as they need funding,∫ says Reisner, ™but you’d have to say they’re both at risk.” Meanwhile, the make-up of David Cameron’s cabinet and the electoral maths means getting a majority in the commons to support any airport expansion plans could be very tricky, despite the promised decision before the end of the year.

The government’s Treasury infrastructure unit, Infrastructure UK, laid out the depth of the skills challenge facing the industry late last month. It said 400,000 people will be needed by 2020 to man the predicted infrastructure sector projects alone, meaning an influx of 100,000 new recruits are required to meet the massive demand for boots on the ground. Of this 400,000, 150,000 will need to be engineering construction specialists, with the rest being construction workers. As well as the 100,000 new recruits 250,000 of the UK’s existing infrastructure workforce will need to retrain and upskill to maintain the required skills as investment plans will change over time.

Meanwhile, the report found, the lack of detail around where exactly the demand will arise, alongside a lack of joined-up skills planning, means that skilled people are less likely to be able to retrain to move between sectors and projects. This demand is being seen both at a trade-skills level, as well as a white-collar level, with professions like QSs and project managers in particular demand. While the government has made clear its desire to bring on board more apprentices ± of whom the number completing is currently at its lowest for more than a decade – the concern is that this will simply bring more upheaval in the market when it can least afford it.

The future of the CITB, the body which levies construction firms to pay for apprenticeships, has been thrown into doubt because of the decision by the government to bring in a “large employer levy” on all big UK businesses, and either way is likely to see big changes. CECA’s Reisner says: “It’s unclear how construction can rise to this apprenticeship challenge, given that it looks likely new funding models mean it will be more expensive to deliver apprenticeships in the future than it has been in the past.”

After years of recession, the industry’s recovery is rapidly forming a situation where contractors are taking a different view on the price of work and the risk they are willing to take on. While this trend has been particularly pronounced in the building sector, there is increasing evidence the same pressures are being brought to bear in the infrastructure market, with projects such as Crossrail understood to be under growing commercial pressure. Part of this is related to the skills squeeze, with staff shortages driving ever higher salaries and upping the cost of delivery.

Paul Dyson, director, head of programme advisory at Aecom, says: “As demand is going up, so salaries are rising. The question is whether we’re seeing inflation in fee levels yet to accommodate this.”

The squeeze is impacting all sectors. In July 2014, the last time the government published an update of the 2010 Infrastructure Cost Review, the Treasury trumpeted annual savings of £3.4bn – meaning it had met the cost review’s target to reduce the price of major schemes by 15%. But since then the discovery of huge overspends at Network Rail and cost pressures elsewhere have raised questions about how real that reduction in costs was. While the Infrastructure Cost Review set out to reduce spend through better procurement, leaner construction and supply chain innovation, the bounce back in prices seen recently suggests that much of the savings may actually have been gained from main contractors low-balling work to get lucrative contracts: money they would seek to recoup later in the contract. Because while infrastructure clients were talking to contractors about integrating with their suppliers to drive better outcomes, many of the contractors’ other clients were pushing their business models in the opposite direction with a proliferation of single stage lump-sum tendering with high-risk transfer.

Dyson says: “Behaviours don’t change overnight, and it’s not clear that contractors working on small margins were ever going to suddenly plough lots of money back into innovation, or reconstruct their business models around the needs of one or two clients. So the question becomes, with margins being eroded, how can companies invest in innovation and good service provision?” 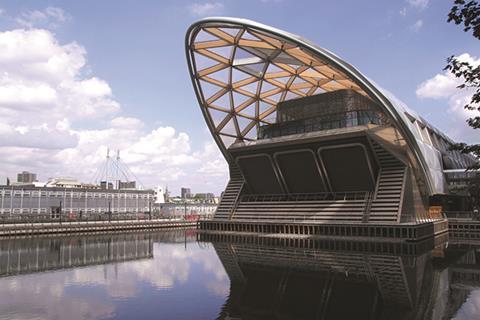 Last week’s announcement of a new city deal for the Sheffield city region, the “unpausing” of over-budget electrification schemes in the North and chancellor George Osborne’s work to promote the northern powerhouse abroad underline that the government is committed to trying to create a more dynamic northern economy. However, the risk is that, without extra funding to attempt to fill the economic gap between North and South, the devolution of tax and spend powers will in practice mean that cities are simply being given the right to hand out the bad news and that the North risks being left even further behind.

`Will this lead to new projects on the ground?’ 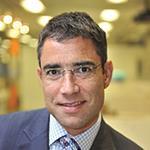 The bids for devolution from across the UK are in. In all some 38 have been submitted. The green light has just been given to the Sheffield City Region in exchange for a directly elected mayor. Many deals are framed around securing powers over economic development, infrastructure and provision of transport services. The devolution process represents a dramatic shift in Whitehall policy. Three decades ago, the government of the day was busy winding up the metropolitan county councils.

The big question will be if the policy is going to lead to new projects on the ground. We know that local politicians are keen to cut ribbons on new schemes designed to boost local growth and employment. And that takes real money. Fiscal devolution – giving authorities more control over local taxes ± is for many councils an important component of their devolution proposals. This reflects the fact that in the UK, less than 5% of tax revenue is truly local against an OECD average of more than 11%. But in a continuing era of austerity, Whitehall has been looking for fiscal neutrality in devolution bids. This means authorities will need to attract investment from the private sector through joint ventures and development deals.

In London and the South-east, rising real estate and land values underpinned by robust population and employment growth have made projects such as the Nine Elms tube extension viable. These rely on self-financing mechanisms such as Tax Increment Finance. For areas where value growth and tax yields are harder to come by, it may be trickier to get projects off the ground. Close collaboration and compromises between authorities, focusing on a smaller number of projects designed to maximise regional impacts for the greater regional good, may be necessary. Early successes for newly devolved areas will strengthen the case for wider taxation and borrowing powers to be devolved from Whitehall. Rebalancing the national economy and further large-scale investment into a wide range of public infrastructure would follow. The devolution journey for our city regions is just beginning.