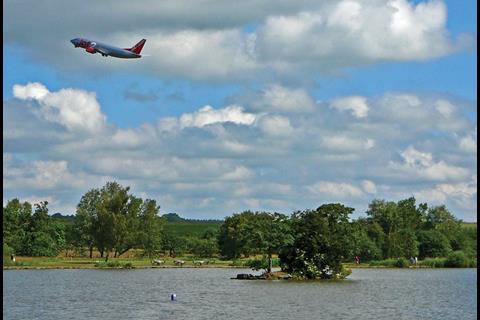 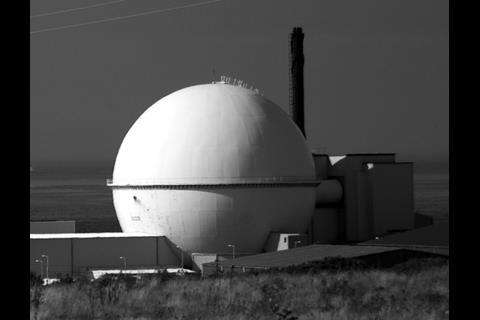 Dounreay, Scotland. Nuclear policy could yet divide the coalition 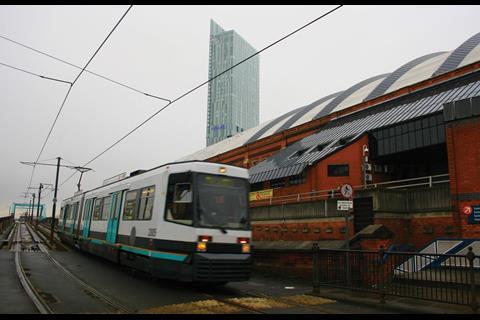 Funding has been allocated to light rail in Manchester, as well as in Newcastle 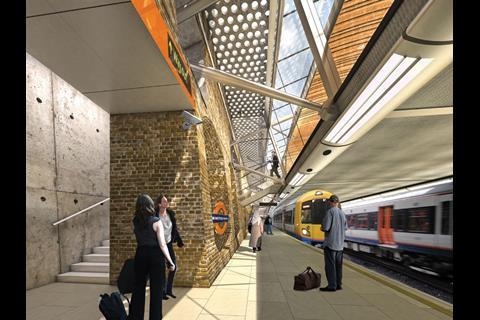 Whitechapel Crossrail station. The coalition has said it wants “value for money” from the £16bn rail scheme 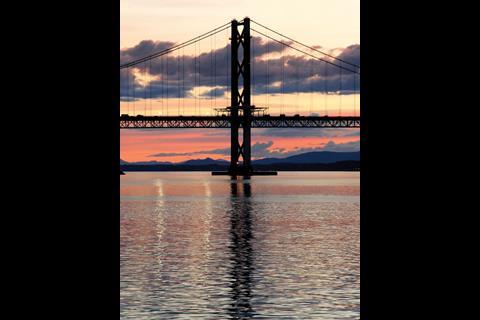 If there was one sliver of comfort in the Budget, it was that there were no further cuts to infrastructure spending. Victoria Jackson of Davis Langdon surveys the work that will be on offer in the years ahead

Now that the dust from the Budget is settling, the construction industry is waiting for the autumn’s Comprehensive Spending Review to confirm future levels of workload. The Budget confirmed £20bn of cuts in capital investment previously announced in the spring, together with the £6.2bn review announced since the election - representing a 50% real terms reduction in spending. The Department of Transport has already announced a freeze on project approvals, but some schemes were approved in the Budget, including the Leeds-Liverpool rail upgrade. However, the chancellor also acknowledged that further cuts to infrastructure should not take place, albeit that the detailed allocation of spending may change in the light of affordability and value for money tests.

Announcements in the Budget suggest a degree of support for public transport, with £700m of work confirmed for bus and light rail schemes. Some regional passenger transport executives will have a few reasons to be cheerful this summer.

The latest construction output forecasts published by the Construction Products Association (CPA) in April reflect regulated expenditure together with capital investment cuts announced in the spring Budget. Based on these forecasts, infrastructure workload is expected to grow by 42% in real terms by 2014, to £11bn per year. By contrast, other aspects of the public construction programme are forecast to be cut from 2011 onwards. Many aspects of infrastructure spending, such as energy, water and aviation are publicly regulated but privately funded and should continue largely as planned, subject to the availability of funding and planning approval.

Energy, climate change and carbon reduction are investment priorities for the coalition, with nuclear power involving a particularly uneasy compromise. One early manifestation of climate change policy has been the halting of runway development in the South-east. Although this may have got rid of one planning headache, the abolition of the Infrastructure Planning Commission (IPC) and the introduction of third party rights of appeal could introduce many others. “Open source planning” could be a real barrier to delivering very ambitious infrastructure investment targets - progress on the 36 schemes which are currently in the remit of the IPC will be particularly telling in this respect.

One major determinant of future workload will inevitably be the availability of finance. Deficit reduction is the overriding priority and with frontline spending on health protected, all discretionary programmes are at risk. Initiatives such as the green investment bank should help to close the viability on some privately funded schemes, but in reality, access to capital will continue to be difficult for both private and public sector schemes.

The scrapping of Heathrow’s third runway and commitment from the coalition to refuse permission for additional runways at Gatwick and Stansted signals a move to “better, not bigger” airports, and more efficient use of existing capacity. Falls in passenger numbers had already delayed the need for extra runway capacity in the South-east, and a task force has been established to manage the impact of growth without extra runways. Gatwick’s new owner, Global Infrastructure Partners, has confirmed its £1bn investment in airport facilities to maximise use of existing runway capacity. As affected airports have capacity to absorb passenger growth for the next 10-15 years, any need for a shift to rail will be gradual.

Looking at policy in more detail, reviews of air passenger duty and airport regulation should combine to slow down growth in demand for runway capacity (through better aircraft utilisation) and the means to pay for investment generated through landing charges.

Smaller scale development should happen outside the South-east, subject to recovery in passenger numbers. Manchester, Leeds Bradford and Bristol airports are considering expansion. In the longer term, airports in the South-east such as Farnborough and Southend might also expand.

Energy policy and investment priorities remain largely unchanged. The generation gap has to be closed, renewable generation capacity has to be brought on stream and transmission infrastructure has to be installed to support renewables. The coalition has also maintained commitments to push for an EU-wide 30% reduction in carbon emissions by 2020, and is obliged under EU regulations to promote growth in renewables and landfill-diversion schemes such as energy from waste.

Energy policy around nuclear has the potential to generate political division within the coalition. The post-election discovery of a £3-4bn black hole related to long term costs of nuclear decommissioning won’t help to strengthen the pro-nuclear business case. The coalition’s plans to introduce a floor price for carbon will be brought forward in the 2011 Budget and could provide further incentive for investment in both renewables and nuclear.

Other energy investments are also largely unchanged. Smart meters and a “smart grid” will be at the heart of energy-saving initiatives and will be funded by energy users through higher bills. Similarly, continuing support for initiatives such as carbon capture and storage and the offshore electricity grid should help to mobilise private investment. However, challenges around funding, operating costs and planning mean that these schemes are by no means assured of progressing to construction. The National Grid’s recent £3.2bn rights issue in support of its £22bn five-year investment programme is a welcome development, albeit an expensive source of equity finance raised at a discount of over 40% to the share price.

Support for Crossrail and electrification by the coalition is welcome but not surprising. The Budget included early approval of rail schemes in Sheffield, Birmingham and other cities. However, the scope of other programmes could be cut and modernisation programmes delayed or phased, which could have an immediate impact on CPA forecasts (right). Rumours of reduced scope versions of Crossrail have circulated, but the business case relies on all spurs being built.

The promise of long-term investment in high-speed rail will be of little comfort to either contractors or travellers in the immediate future, as the original High Speed 2 (HS2) proposal is not planned to start before 2017. It is possible that more modest schemes such as a “bargain basement” HS2 costing £6bn could be put forward. In the meantime a review into lower cost infrastructure has commenced under Terry Hill of Arup.

The Department for Transport was given its cost-cutting target earlier this month - £683m by the end of March 2011 - a figure that remains unchanged by the Budget. Transport for London (TfL) has also had its grant cut by over £100m and, while Network Rail is still expected to receive its Department for Transport funding, it has to deliver efficiency savings of about £100m after a year in which profit fell by nearly 75%.

Projects such as the £7.5bn InterCity Express and Thameslink fleets are in doubt as a result of spending reviews, which could have a knock-on effect on associated infrastructure upgrades, new platforms, depots, station refurbishment and so on. TfL is also likely to review the scope of the London Underground upgrade programme now that the PPP has been dismantled following the buy-out of maintenance consortium Tube Lines.

The recent announcement of funding for two regional light rail schemes in Newcastle and Manchester suggests that light rail could be a beneficiary of policies to promote low-carbon transport. Future proposals may benefit from a recalibration of cost benefit analysis methodology, which usually favours low-cost road schemes. Light rail schemes are currently on site in Manchester and Edinburgh.

As previously reported, road expenditure is expected to fall progressively during 2011-14 as the current programme of widening projects is completed. A number of major highway schemes have been placed on hold, including the £1bn A14 road widening, and projects such as the widening of the A453 in the east Midlands and the replacement for the Forth Road Bridge between Edinburgh and Fife continue to face an uncertain future.

Projects in the pipeline such as active traffic management schemes could also be subject to cuts. These schemes involve hard shoulder running, automated queue detection and variable speed limits and can be 20% cheaper than equivalent road widening projects. However, even cheaper traffic management options may be taken forward as an alternative. As yet, no announcements have been made on these programmes.

The next 18 months should see key decisions taken on many future sources of infrastructure investment including rail, energy generation and transmission, renewables and utilities. Some of these decisions could be a litmus test for the long-term viability of the coalition. Key areas where progress needs to be made include meeting the UK’s obligations under the EU Renewable Energy Directive, which requires delivery of a six-fold increase in the share of renewables in 10 years, together with the enabling infrastructure. Decisive moves must be taken between now and 2014 on renewables, and nuclear will have to proceed on an even more aggressive programme.

If the lights are to stay on and Britain is to remain economically competitive, urgent decisions are needed on where the investment in energy and transport is going to be focused and how funding is going to be sourced. The UK will have to compete internationally for private investment and PPP funding. Innovation in the development of infrastructure as an asset class could be vital to tap UK investment - and possibly to provide a secure home for pension funds and so on.

Just to add to the uncertainty, developments in the gas market remind us that assumptions about energy mix and infrastructure are long term and risky. The development of shale gas exploitation technology and the discovery of fields in eastern Europe could lead to a further diversification of European energy markets and a reduction in the strategic importance of UK energy security.