Inside the project team 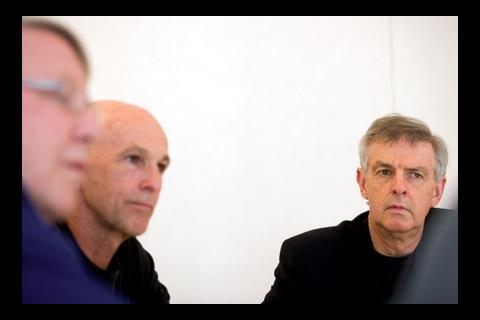 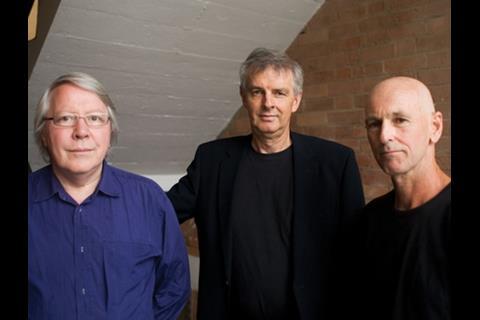 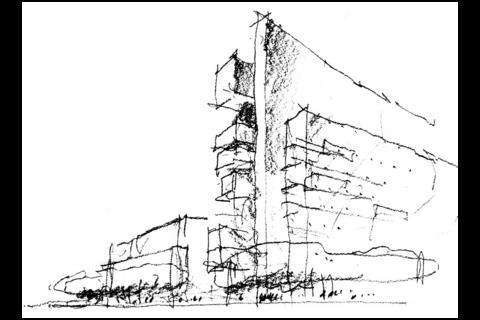 Now you’re all clued up on Manchester’s Civil Justice Centre, it’s time to meet the Aussies who designed it. Martin Spring got inside their mutual headspace.

The three founding partners of Denton Corker Marshall still operate very much as a trio. Even after 35 years of partnership, and expansion to three continents, John Denton, Bill Corker and Barrie Marshall still share an open-plan office behind the reception desk in their Melbourne headquarters, leaving the four floors above to the other 70 staff. At the end of May, in a spirit of togetherness, all three travelled from Melbourne to Manchester to host a grand preview of their spectacular £140m Civil Justice Centre. Two days later, the trio sat down together again in their London office for an interview with Building.

The physical proximity of the three founding partners allows them to carry on doing what they’ve done together ever since 1972 – actually design all the buildings going through the practice. These days that means commercial offices, museums, embassies and bridges located across the globe and carried out by a 140-strong practice with offices in Jakarta, London and, since last March, Manchester.

“The three of us can sit around and design the building in our heads,” says Denton. “We can take the design of a building quite a long way by that process, because the understanding between us has developed over the years.”

“It’s not as if we arrange to meet on a Monday morning for a three-hour session,” adds Marshall. “I’ll sometimes do a sketch and then I’ll call over John and Bill and they’ll ask ‘What about this? What about that?’ It could be a chat for five minutes.”

“It’s a mutual headspace that we can all work in,” chips in Corker.

Of the three, Marshall, 61, is the full-time design director across all projects passing through the practice, many of them originating in architectural competitions. “I’m never the actual director in charge of a project. I stay pretty much in the background,” he says.

“Barrie doesn’t particularly like dealing with people,” adds Denton. “So Bill and I tend to do all the client work.”

Marshall is the lean, intense-looking one with shaven head – a bit like an Aussie Jacques Herzog. Larger and less voluble, and wearing a black T-shirt beneath a smartly tailored suit, Corker, 62, leads the practice’s growing involvement in civil engineering projects such as roads, tunnels and bridges. Denton, also 62, is round-faced with long fair hair and a fondness for coloured shirts and good living – he even has his own vineyard. As the public face of the practice, he gave the welcoming speech at the Manchester Civil Justice Centre preview and has served for two years as government architect to the Australian state of Victoria.

At this point, let me make a confession. As the interview progressed, it slowly dawned on me that I had come to it accompanied by a certain amount of cultural prejudice. In the back of my mind I had imagined Australian architects – even the most inspired ones – as easy-going, freewheeling barbie habitués. One glance at the unfailingly rectilinear, sharp-edged Manchester Civil Justice Centre should have put me right. Denton, Corker and Marshall are nothing if not disciplined and rigorous – words that occur frequently in their conversation.

“We’ve always felt that the way to ensure the rigour, the quality of design, is that we do it ourselves,” says Marshall, “and then maintain the narrative to carry it through to completion.”

Denton acknowledges that if the practice were much bigger a different methodology might be called for. He admits that the lack of systematic grooming of the next generation of partners is an issue. Marshall, on the other hand, is less perturbed. “I don’t think we’ve run out of ideas yet,” he says.

Denton argues that the practice is not based on an overt designer style, as are the practices of Frank Gehry or Daniel Libeskind, say. Marshall elaborates: “Both John and Bill have planning degrees as well. Very early in our practice, we started with a lot of planning rather than architecture. What we learned from that was to look at a building in a broader context, look at what we think the client gets out of the building, and to get the most out of the budget.”

It’s no use fantasising about curvy glass walls or anything like that because the budget will never let it happen. That makes our architecture the way it is

“Working with commercial developers, we’re very used to having a very tough budget, “ says Denton. “We’re used to making decisions right at the beginning of the design process and telling ourselves it’s no use fantasising about curvy glass walls or anything like that because the budget will never let it happen. And so that does help make our architecture the way it is, I suppose. Very logical and crisp. There’s almost an austerity there.”

None of the three think they have been dealt with as poor colonial cousins by British clients. And that has been in spite of working with two official clients at the very heart of the British Establishment – the court service at Manchester and English Heritage at Stonehenge, where in 2002 the practice won a competition for a visitor centre. The practice’s benign client relations are no doubt helped by the string of embassies it has designed, and the fact that Stephen Quinlan, the director of the London office, came from the Foreign and Commonwealth Office.

“But the visitor centre has been through three architects in 20 years, and we were the ones who finally got planning permission,” continues Marshall. “So that was a big step through the bureaucracy.”

With the Civil Justice Centre nearing completion and Stonehenge on the shelf until the Ministry of Transport finds £1bn to bore a road tunnel, the practice is now on the lookout for more projects for their two UK offices. Three office-led mixed-use schemes for developer Bruntland in Manchester are in the pipeline, but beyond these, what next?

“There’s going to be a lot more commercial towers in London, and we’ve got plenty of experience in these,” says Corker. “And we’ve got to make a contribution to infrastructure.”

How do they go about looking for work? “We’re not PR people; we don’t wine and dine,” says Marshall. “We got where we are through reputation and competitions,” adds Denton. Then Corker speaks for the entire Australian delegation with the observation: “We win competitions, and we get them built. So we have a range of completed buildings, and they’re pretty good ambassadors for us.”