Inside Westminster: Housing by numbers

In this election’s battle of the building stats, a major focus has been that worryingly few houses have been built in the last five years. But is this the coalition’s fault? Could other parties do better? In the latest of our series looking at construction from inside the corridors of power Mark Leftly weighs the evidence 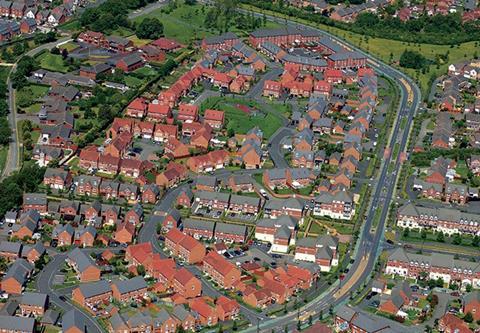 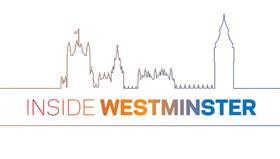 In 2010, barely four months in office and already facing a select committee interrogation over the coalition’s building plans, housing minister Grant Shapps declared: “Building more homes is the gold standard upon which we shall be judged. The idea is to get a system which delivers housing in this country.”

Shapps might have moved on - he is helping to mastermind Conservative electoral strategy as party chairman - but his words from September 2010 remain in the records of the House of Commons’ communities and local government select committee as a challenge laid down to his own government, and those that come after.

So, after five years of coalition government, does the UK indeed now enjoy a working “system which delivers housing”? Labour MP Clive Betts, who chaired the committee until the dissolution of parliament, believes not, saying that the coalition “singularly failed to achieve” Shapps’ promise. But what do the numbers say?

In pure statistical terms, the coalition’s record looks poor, with around 140,000 homes being built a year across the UK and the lowest peacetime numbers in England and Wales since the 1920s. As one of Labour’s special advisers says: “For all those photo opportunities with [chancellor] George Osborne wearing those hi-vis jackets on building sites, the simple fact is that in every year of the coalition they built fewer homes than any of the 13 years under Labour.”

But although the total output doesn’t look good, the overall decline started earlier. As Shapps put it in that same hearing, housebuilding numbers started declining under the last Labour government, which in the end posted its own record peacetime low for nearly 80 years.

Housing starts had already dropped dramatically: England alone averaged around 44,000 per quarter in 2005-07 before reaching a nadir of fewer than 20,000 in 2009. The trend, the Conservatives argue, simply continued as the financial crisis hit capital spending and investment. The current housing minister, Brandon Lewis, says: “Labour left us with the lowest level of housebuilding since the 1920s. We had to rebuild and the foundations are there now.”

As the formation of the next government draws closer, then, it seems that despite Shapps’ ambition to “build more homes”, the coalition thinks its housebuilding record should not be judged by numbers alone. Below, we examine the evidence on whether the Cameron/Clegg government has indeed been a friend to housebuilders, and prospective homeowners.

The case for the defence

Housing minister Lewis points to one policy area where the government may have made a significant difference to housing, saying that he’s “chuffed” over their record on planning permission. He argues that the previous government’s “top-down centristic approach didn’t work”. The coalition agreement made a commitment to allow residents to draw up neighbourhood plans of where houses should be built, which came into force with the 2011 Localism Act. The coalition also introduced the pro-development National Planning Policy Framework, which has seen the number of permissions soar.

And it’s been backed up by cash. In October, bouyed by the success rate of local referendums to approve the plans, Lewis provided £23m of extra funding to encourage more communities in England to take up the idea. “Average turnout is 36% with an average 88% voting ‘yes’. Most councillors and some MPs would be pleased with those sorts of figures,” he says. “This is a consensual planning system so you get fewer delays.”

This is a long-term housing recovery plan, though there was a 20% increase in housing approvals during the last quarter of 2014. Lewis argues that the current trend should bring the UK back to 200,000 homes built a year by mid-way through the next parliament, ahead of Labour’s pledge to reach that number by 2020.

A senior Conservative MP adds: “Some of the planning changes ought to be helpful, such as the simplification of planning guidelines and the garden cities initiative [for new communities to be built with green spaces].”

However, the coalition, while addressing supply, may not have been as successful in managing demand. The Conservative MP argues that housebuilding has struggled because it was so difficult to keep pace with net immigration approaching 298,000 - David Cameron failed to meet his target of getting this number down to the tens of thousands. The MP believes that “it is not unreasonable” to suggest that is around 100,000 extra households every year “which probably means that we’re only building enough to cover net immigration”.

And have the Liberal Democrats brought anything to the table? Former party president Tim Farron says the party deserves credit for an increase in building council homes for the first time in a generation “despite Tory objections”.

He also argues that the Liberal Democrats restricted the Conservatives’ right-to-buy push, which he says would have meant authorities “leaking housing”. However, the policy of allowing housing association tenants to buy their own homes was announced by Cameron during the election campaign, with discounts of £103,900 available in London. 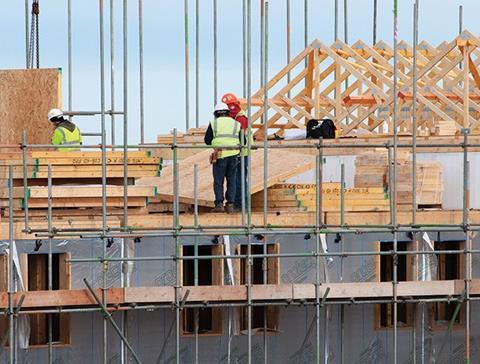 If the coalition’s attitude to housebuilding looks relatively positive now, that wasn’t always the case. Stewart Baseley, executive chairman of the Home Builders Federation says the coalition became “increasingly committed” to housebuilding during its time in office. He says: “The introduction of a more pro development planning system and the help to buy equity loan scheme, among other positive policies, clearly demonstrated its commitment to increasing supply.”

A senior industry source points out that the likes of the HBF and Federation of Master Builders started off being largely ignored by the coalition, but by last year could expect to find themselves invited to meetings at Number 10.

Help to buy, which saw the government provide equity loans to first-time buyers and those moving to new-build properties in England, helped transform the housing market in 2013, and was an example of the government responding to the housebuilders’ messages. It was not, incidentally, a policy that played well in many Conservative heartlands, as there were fears that it would cause another housing bubble.

But David Ward, a Liberal Democrat who was vice-chair of the APPG on housing in the North, says that much of this was too little, too late. “Housing should have been an issue on which we got a cross-party consensus in 2010/11 - it was a win/win situation, as it would have boosted the construction industry, created jobs and kept housing prices down. It should have been seen as an engine of growth. I do wish that this had been an area where the political parties had got their act together.”

Housing should have been an issue on which we got a cross-party consensus. It was a win-win situation… I do wish that this had been an area where the political parties had got their act together

Labour officials say that the coalition failed to help small and medium-sized housebuilders, whose numbers dwindled during the recession, get access to finance and land during the toughest years. Previously, around two-thirds of homes were built by these smaller players, but the recession sharply accelerated a trend towards an over-reliance on larger housebuilders.

Also putting housebuilding at risk, according to shadow housing minster Emma Reynolds, were the savage 2010 spending cuts to the communities department, which saw 60% carved out of the social housing budget and new tenants having to pay higher rents. “This totally changed the model for housing associations,” says Reynolds. “They became much more exposed to the market.”

Critics say that this has led to the lowest number of homes available for social rent since John Major was in power.

Betts, the former communities select committee chair, says that this has been compounded by welfare reform, such as the introduction of the bedroom tax and universal credit.

As a result, people are struggling to pay their rent and arrears are on the increase. Housing associations are having to bear the cost of chasing up the arrears and, says Betts, it means they have less of a financial case to borrow to develop homes. “You can’t carry on building more and more houses for less and less rents. The numbers don’t add up,” he says.

Some of the coalition’s successes have yet to be felt - early evidence suggests that the neighbourhood plans backed by local residents could ultimately speed up development.

Graham Brady, who chaired the powerful 1922 Committee of Conservative backbenchers in the last parliament, points out that the government successfully resisted calls to build on the green belt and suggests, perhaps counterintuitively, that this will ultimately aid housebuilding: “It’s essential that the green belt is protected, because its intention remains to prevent urban sprawl and help reinvigorate urban areas by pushing them to continually renew.”

But Labour obviously scents blood on the issue of housing supply, even if that means ignoring its own questionable record once the 2007 credit crunch turned into a full-blown financial crisis.

Perhaps final judgement is best left to the political neutral - crossbench peer Lord Best. The former chief executive of the National Housing Federation and the Joseph Rowntree Trust concludes: “They didn’t manage to tackle the big one: we don’t build enough houses every year. We never replaced the loss of council housebuilding and the shortage has built up every year since.”

The statistics, then, condemn the coalition. But they can’t be held solely responsible for the creation or persistence of longer-term problems. One can only hope that the next government has some bright ideas.

Housing in the manifestos

The Tories have pledged to boost their Help to Buy scheme and will establish a new ISA to help people save for a deposit. They would also revisit the Thatcher-era home ownership revolution with the expansion of right to buy to housing association tenants - though a recent Times poll showed the policy is not that popular and the Liberal Democrats would probably dilute the plan if there is a repeat Lib Dem/Tory coalition. David Cameron also wants to build 200,000 starter homes for first-time buyers under 40. These would be sold at a 20% discount.

Ed Miliband has pledged to “start construction on 1m new homes by 2020”. Councils would be given the power to give first-time buyers first dibs on new-build homes in areas of housing growth. Land hoarding will, in effect, be outlawed through “use it or lose it” powers that will force developers to build in good time. Labour will attempt to boost the number of small housebuilders with a help to build scheme that would underwrite bank loans for their work. There are also plans to reform the council house financing system. During the campaign, Miliband unveiled plans to impose rent controls on landlords, axe stamp duty for first-time buyers and impose stricter rules on foreign property buyers.

The most ambitious of the parties, the Liberal Democrats have plans to build 300,000 homes a year and 10 garden cities. The government would direct housebuilding in areas where the market fails to construct homes, while there would be a Housing Investment Bank to provide long-term capital for new settlements. Much of the plan, though, is reliant on a rebalancing of the economy, so, for example, would require major new rail lines in the North. The policy was developed by Tim Farron, the foreign affairs spokesman and darling of party conferences who is the red-hot favourite to eventually succeed Nick Clegg as leader.