Interserve counting the cost of energy-from-waste exit: where did it go wrong?

Last month, Interserve warned that it was unlikely to meet its financial covenants for 2017, issued a fresh profit warning and admitted that the cost of quitting the energy-from-waste sector would now cost it close to £200m.The question on everyone’s lips is, how on earth did it get into this mess? 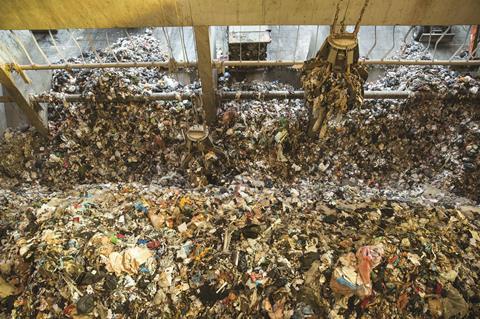 Under the Landfill Directive, EU member states are required to send no more than 35% of the volume of bio municipal waste to landfill than they did during 1995 by 2020. The UK is comfortably on course to meet this target

It wasn’t supposed to be like this, of course.

Towards the end of July 2012, Interserve announced it had won a contract to build a recycling and renewable energy centre in Glasgow. The deal, it told investors via the London Stock Exchange, was worth £146m and would be completed by early 2016.

The announcement, made three days before the start of that year’s summer Olympics in London, marked a new income stream for the then £2.3bn turnover firm. Its chief executive at the time, Adrian Ringrose, gushed: “This facility will make a real difference to Glasgow and the surrounding area and we are proud to be involved.”

At the bottom of the announcement, the firm added, somewhat unfortunately given it was thrown off the job last November, that its vision was “to be the trusted partner of all our stakeholders”.

But for Interserve, the job has been nothing short of disastrous, culminating with last autumn’s public humiliation by its client Viridor, a recycling and waste management specialist owned by the listed water utility Pennon Group.

Interserve’s new chief executive Debbie White must be wondering what she has walked into. When she joined at the beginning of September there was admittedly some good news for the firm: it had just bagged a £90m contract with the Department for Transport and had posted a £25m pre-tax profit for the six months to June, reversing a near £34m loss for the same period the previous year. But just two weeks into the role, White was forced to put out an announcement warning that last year’s decision to get out of the energy-from-waste (EfW) sector completely – Interserve has five other schemes across the UK – would now cost it more than the £160m it had said it would earlier this year, which was already a hike on an initial estimate of £70m.

Sure enough, five weeks later White said she was setting aside a further £35m and warned “significant uncertainty remains on the timing of commissioning [of the projects still to complete]”.

This seems to be a coded warning that the cost of getting out of this business might go up again and, given that provisions are now close to 180% higher than when it first announced it was pulling out last August, the possibility of them climbing yet further cannot be ruled out. Alongside this announcement, Interserve said it was launching a “group wide performance improvement plan”, ensuring it is operating in market segments that are both profitable and offer growth opportunities.

“The first rule of contracting is: if you don’t understand the risk or don’t have the people to construct that asset, don’t do it”

What on earth, then, has gone wrong?

Interserve declined to add any more to what it has already said, but a source close to the company said at the time the firm entered the EfW sector its margins had stagnated and that, in an attempt to reverse this, it took the risk of entering the EfW sector but the move has now ultimately backfired.

Others, too, have offered an opinion on the EfW market. In August, Leo Quinn, the chief executive of Balfour Beatty – which has been mired in its own problems of late but seems to have turned a corner – said contractors should stick to what they’re good at. In short, if you don’t know what you’re doing, then don’t bother.

Announcing an improved set of interim results, the boss of the country’s biggest contractor said: “For example, if I take energy-from-waste: we see a lot of our people reporting losses in this area. When you’re a construction company, what do you know about process risk and all the implications of that?

“It’s getting ahead of yourself and it’s having an ambition beyond your ability to deliver, and that’s where it goes wrong.”

One of Balfour Beatty’s former executives, Nick Pollard, says that some firms have been lured into the market by the prospect of rich pickings. The former chief executive of Balfour’s construction services division, who stepped down back in summer 2015, said that EfW schemes tend to be long-term and worth in excess of £100m, providing valuable additional revenue streams outside the increasingly competitive traditional construction market. But they also carry a lot of risk.

Pollard is now group chief executive of recycling and energy firm Cory Riverside Energy, which claims to operate the UK’s largest EfW facility, at Belvedere in Kent. He says: “The first rule of contracting is: if you don’t understand the risk or don’t have the people to construct that asset, don’t do it. These companies are doing it anyway, and you can see the huge losses.

“You get a contractor that is accustomed to building office blocks that has to build an EfW plant. [But] you don’t typically find someone that knows how to build power stations that will build London offices.

“If they see these contracts as lucrative, it shows a fundamental lack of professional judgment and skill in those contractors. You have to know what you are doing.” 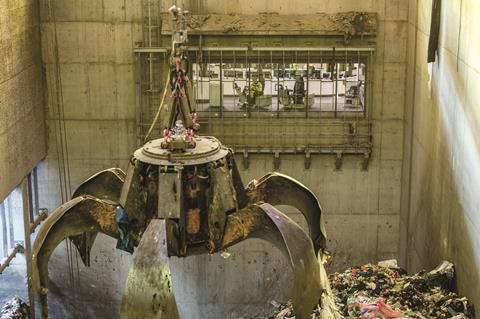 Others point to the types of technology used to turn tonnes of domestic household rubbish into energy. When it said it had won the Glasgow deal, Interserve said the scheme would be able to handle between 175,000 and 200,000 tonnes of rubbish a year. This would mean that 90% of the rubbish collected by Glasgow’s bin lorries would avoid ending up in landfill and would be able to generate up to 15MW of electrical power.

Incineration is the most commonly used process in these sorts of schemes, but Interserve said the Glasgow site would “incorporate advanced facilities for recycling and anaerobic digestion and will deploy the latest waste treatment and gasification technology from Interserve’s specialist supply-chain partners”.

In sum, this gasification method turns materials into carbon monoxide, hydrogen and carbon dioxide, with the power derived from the resultant gases then used as a source of renewable energy.

If you look at the Interserve EfW issues, I suspect they aren’t construction issues but rather around technology performance

But unlike incineration, gasification requires the pre-processing of waste material. This, says Jacob Hayler, executive director of the Environmental Services Association, is where problems lie. “If you aren’t going to go for the traditional combustion process, it is a risk,” he warns. “There’s a large mix of waste that households throw away and that has proven difficult for the newer technologies to handle. The waste will go through a first stage, which is to try and process it and make it as homogenous as possible.

“That might involve blending waste from different sources and shredding so it is of a similar size. That gets whacked into the plant during the second phase, but even then there have been technical challenges around getting processed waste fuel through these plants.”

Pollard is blunt in his assessment of technologies like gasification, claiming they produce unwanted bi-products because they are only partially burning the waste. He reckons projects that rely on these technologies are the ones that go “spectacularly wrong”. He adds: “Don’t use technology that doesn’t work.”

Contractors get caught out, he says, because they don’t know how to fix things when it starts to go pear-shaped. “They take a contract, commit to having a plant finished by a deadline, and then it doesn’t work because they don’t understand what they are building.”

Simon Rawlinson, head of strategic research and insight at consultant Arcadis, says the performance of the technology is typically very sensitive to the waste mix, such as how wet or dry it is, or if it is organic. “If you look at the Interserve EfW issues, I suspect they aren’t construction issues but rather around technology performance.

“One is whether they can isolate the right waste streams, and that has proven to be quite a problem. You either don’t get enough energy out of them because there isn’t enough residual energy in the waste in the first place, or the machine can’t do what it has set out to do in terms of the energy reaction it is trying to create, because there just isn’t the right stuff there.”

Other factors affecting the success of a scheme can be how quickly it can get planning permission. Ideally, plants will be built close to highly populated city areas where they can receive the most waste, but they can quickly rouse local residents’ anger.

Plans to build Europe’s biggest waste plant in north London were shelved four years ago following opposition from locals. The 24-hour waste plant at Pinkham Way would have processed up to 300,000 tonnes of rubbish a year from seven boroughs but opponents said the site was within half a mile of seven schools and 100,000 homes.

It was pulled after North London Waste Authority said a less expensive solution to waste management for north London could be found.

The Environmental Services Association’s Hayler admits: “These plants can sail through the planning process in some places but not in others, and that uncertainty creates the risk.”

But it’s not all doom and gloom for the business of energy-from-waste.

According to Hayler, there are some 40 EfW plants located throughout the UK treating household and commercial waste, processing a combined 12-13 million tonnes of waste. He argues the construction of new plants is as important as ever. “There are still huge amounts of waste we are sending to landfill, and over the next 10-15 years we are going to have to bring in a further 12-13 million tonnes in order to continue to move waste out of landfill and into energy facilities.

“Any successful contractor that has a successful track record has a good opportunity to partake in that ongoing pipeline of projects.”

In February this year, Viridor’s parent issued a trading update and said that it had drafted in local firm Doosan Babcock to salvage the scheme in Glasgow. Explaining its decision, the firm said: “They have been chosen for their experience in delivering large capital projects in the energy and power space [market]” – qualities it perhaps regrets not prioritising when awarding the original contract to Interserve. 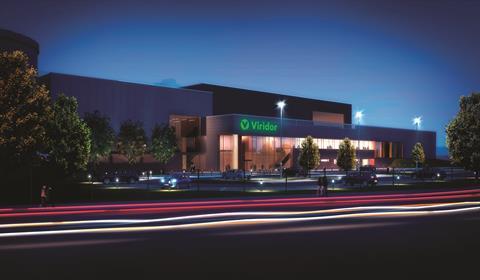 Interserve awarded a £146m contract to build an energy-from-waste (EfW) plant in Glasgow by Viridor. Development due to begin in summer 2013 and be completed in early 2016

In a trading update, the firm says it has been hit by “three loss-making energy process contracts”

Says it has been served notice on its Glasgow scheme