Is there any such thing as a good framework? 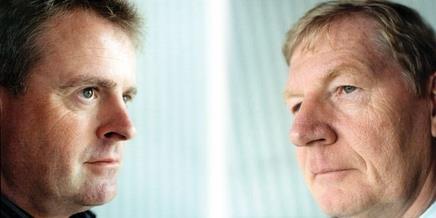 BAA’s decision to abandon framework agreements has led many to fear that other major clients will follow suit. No bad thing, says Stan Hornagold (above right), while Don Ward (above left) couldn’t disagree more …

At the end of May, just 120 days into his role as BAA’s capital projects director, Steven Morgan blew apart the group’s £6.6bn framework programme. A couple of weeks later, he told Building that dividing projects between a pre-selected group of contractors felt like a “corporate beauty pageant”. He added that competition was the best way to raise standards and get value for money.

The industry’s response to his views has been immense, and letters, emails and tweets have been pouring in. Some support Morgan’s stance for opening up a locked-down source of work during tough times; others are vehemently against it, claiming it could mean a return to the days of adversarial relationships between clients and the supply chain.

Building asked two industry figures with different views on the subject to go head to head in conversation. Here, Stan Hornagold, director of Marstan Group and former senior partner of Hornagold & Hills, and Don Ward, chief executive of Constructing Excellence, discuss if there is such a thing as a good framework agreement, and whether they are actually necessary to achieve successful partnering.

Steven Morgan’s decision to restructure BAA’s procurement system has sparked huge debate. Why do you think he has hit such a nerve?

SH: I think there are two reasons. First, BAA is one of the few clients that still has a very active construction programme, so it is very important to this industry. Second, there is the fact that BAA is where frameworks all started. That makes Morgan’s decision very significant. I think a lot of the industry will be feeling a sense of foreboding as a result of his opinions.

DW: It’s a talismanic move from BAA. It has traditionally walked the talk of a lot of the Egan report, and now it appears to be going in the opposite direction. But this debate is not all about Steven Morgan; it’s about the BAA corporation. I have a call in to talk to him, as I don’t want to argue with him through your magazine.

You both have very different views on frameworks – where do you stand on the issue more generally?

DW: But we don’t know what the client driver behind the Cyril Sweett and Gleeds decision was, Stan, and it would be perfectly appropriate for them to take on two major firms, two medium-sized ones and two small ones. This is an example of clients being much smarter and working out exactly what they need, to avoid having huge frameworks for 20 big consultants who are just left waiting around.

SH: But 18 months down the line those two excluded firms may have a better team available than the ones selected. A client could make a horrendous mistake by locking so much of the industry out for five years. And who knows what will happen to the selected practices in that time? Just look at how much has changed over the past 18 months. I don’t see the point of frameworks, because you can still partner without them. Partnering is about a better relationship between the client and the supply chain. If there is no framework agreement you are forced to sit down, work out who you want for the jobs, actually plan the project, involve the supply chain earlier – and that’s good partnering.

DW: But without frameworks you can only partner on a project by project basis. You can’t partner over two or three years. Do you think we should throw away project by project learning? Research shows that after three or four schemes using the same team, you have a 30% cost saving, as the relationship grows and you don’t have to go out to market to get a whole new team and train them up all over again. That’s what you’re trading off.

It sounds like the real debate here is whether frameworks are actually necessary to promote partnering.

SH: Yes. The essential idea of the Latham report was that you should have an efficient supply chain and a client that demanded quality, and that this concept should filter all the way down. I don’t know many frameworks that have engendered that. Instead, clients use them to pick up individual suppliers – a contractor here, an architect there – with no proper thought. I have operated within frameworks and have found that the partnering arrangement has actually got worse over the years. When Hornagold & Hills was just 30 months old, we were called to an interview with what was then the Department for Education. Even though we were an infant firm, we won work. Nowadays that doesn’t happen, as you need three years’ experience and examples of past projects.

DW: But that’s true of poor public sector procurement too, so I don’t think you should hold that against frameworks. The real value comes when the framework is passed down to the second and third tiers. There are a lot of badly managed frameworks out there, like the OGC’s and Procure 21, as it was. But the Birmingham City Centre Partnership framework is an example of one that is working. Wates is a big contractor, Thomas Vale is the mid-sized one and Tomlinsons is the small one. There are now 60-odd suppliers on that one framework.

SH: But it’s a miracle they got on there in the first place. Bidding for this sort of long-term work lends itself to big firms that are good at writing proposals. This means there is a lot of marketing fluff involved and in my experience, many people in public sector procurement are no good at separating this fluff from reality. A report last year showed that 16% of work of any value on frameworks goes to small practices, when 97% of businesses in this country are SMEs.

DW: But I think you are talking, again, about badly managed frameworks. But I agree with some of what you are saying and think that clients should make sure they allow for new firms to get work and bring in innovation and new ideas. For big, bespoke projects, frameworks may not be the best procurement route – so I actually agree with Steven Morgan there, as I think that’s what he was saying.

Research shows that after three or four schemes using the same team, you have a 30% cost saving

Although this debate is not solely about Steven Morgan, his decision to restructure BAA’s framework is expected to have a knock-on effect. Will other clients will follow suit?

SH: I think clients will be deciding whether or not to carry on full steam ahead with their frameworks. What the decision will be, I don’t know. We are at a T-junction. If all of this BAA stuff means we go back to type, that’s a really retrograde step. I personally don’t believe many clients will award contracts to firms that offer outlandish prices, so I don’t think we should be saying that anyone who moves away from frameworks is destroying the industry. We just need to go back to the rules of partnering. At the moment, in my view, the vast majority of frameworks are not working that way.

DW: I wouldn’t say the vast majority are not working, but I do agree that some aren’t. I also agree that we need to work on partnering, and make sure we don’t revert to type and undo all the good work of the past decade.

SH: I think it’s a client issue. Ask any contractor, architect or consultant to meet and discuss a project, and they are there. But frameworks make clients lazy. The procurement is done in one go and then they can just call up someone if something needs doing. That destroys the whole point of sitting down, kicking ideas around together and communicating early.

DW: I think that, again, you’re highlighting different types of framework. There are the consultants’ cool-off frameworks, where firms are kept waiting for work once they have won a place. These offer no guarantees of any work at all and then you’re suddenly called. They are very poorly managed. But then there are contractor frameworks, in which the incumbents are called into meetings on a project by project basis to discuss between them who should do the work.

What do you think the future of the industry looks like based on the way things are going?

DW: Frameworks are important. They allow for organisation over a number of years and can offer things like guaranteed work for apprentices. At the moment, things could go one of two ways, as Stan said. We can revert to type, which would be a disaster, or we can move forward to a place where frameworks are more effective and promote partnering. This comes down to time – we simply haven’t had enough to perfect the system. And at the moment there is a split between those frameworks that work and those that don’t.

SW: I do accept Don’s point about the two types of framework – the well and the badly organised ones. If we can promote good partnering using well-structured frameworks, then good. But if we are not going to overturn frameworks, which I would ideally do, then we need to promote the message that they shouldn’t be mechanistic, in that you daren’t move a muscle away from them. If you know someone who is not on the framework doing good work, then you should be able to bring them in, keep it lively and keep the incumbents on their toes.