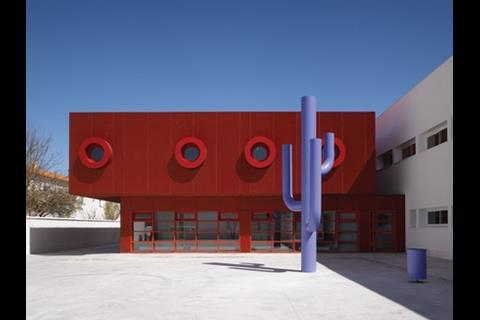 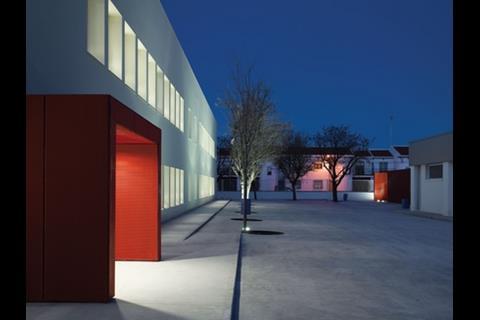 No it’s not a mirage, but a dramatic and inventive addition to a college in eastern Spain

Madrid-based GRG Arquitectos has recently completed this refurbishment and extension to a college in Cuenca, eastern Spain.

The Colegio de Las Mesas formerly consisted of five buildings arranged around a courtyard, the retention of which formed a key part of the brief. The new development adds a sixth block, with the connections between the blocks improved and celebrated as major architectural elements that unify the various buildings. This is most evident in the enclosed overhead bridge that dramatically links two blocks at one end of the courtyard.

The new sixth block has been clad in brightly painted red sheet metal, providing a striking colour and material contrast with the traditional white render of the existing school buildings and the local urban context.

The new wing is composed of a two-storey rectangular block with the upper floor slightly offset from the lower to provide a “stacked” effect. Its simple geometry is further emphasised by the large, projecting circular openings that form windows and rooflights.

The new development gives the school an area of 3,100m².