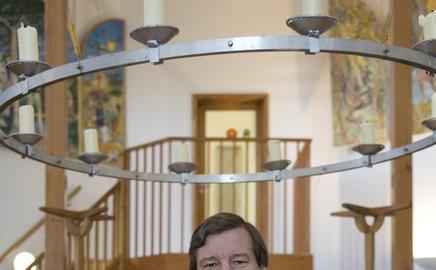 Regenerating the Lower Lea Valley – the bit between the Olympic Park in Newham and the Thames – is surely one of the biggest challenges of the Thames Gateway.

First impressions are characterised by the hard and grey concrete of the Blackwell Tunnel approach road cutting through disadvantaged neighbourhoods of run-down post-war high-rise flats and boarded up shops and pubs. A sharp and uncomfortable contrast to nearby Canary Wharf.

Driving through, it is not at all apparent that you are even in a river valley. But delve a little deeper and you will be pleasantly surprised; for in the area around Bromley-by-Bow and Poplar you will find a network of water channels – including the River Lea Navigation channel, Bow Creek, Limehouse Cut, Prescott Channel and Three Mills Island.

For a long time forgotten and discarded, these channels are being brought back to life through the efforts of many – providing perhaps a common identity for the area. Just possibly, the Thames Gateway’s greatest challenge is also its biggest opportunity.

Collectively the area is becoming known as Water City. It is not a single development project, but a framework for the long-term regeneration of the area, underpinned by the idea that water should be the driving force for the local economy – as it was in the past.

It is being promoted by Water City Group, a collection of community businesses and social entrepreneurs, who have recently teamed up with leading consultant Arup to create an integrated strategy for regenerating the Lower Lea Valley. In part it is about ensuring the whole of the Lower Lea benefits from the Olympic legacy; it is also much more than this, in many respects a natural evolution of work that has been going on in Tower Hamlets for the past 25 years.

For those familiar with the area, it is unsurprising that Andrew Mawson or to give him his full title Lord Mawson of Bromley-by-Bow, is one of the driving forces behind Water City.

The story of the Bromley-by Bow-Centre is well known, but worth retelling. Bradford-born Mawson moved to the area in 1984 as a church minister. He recounts having a run-down church, a congregation of a dozen people all over 70, and just £400 in the bank.

“We asked ‘What can we do?’,” he says, “and the answer was we didn’t know. We realised we had 55 languages spoken within a 10-minute walk, and that most people were living on estates where things were clearly not working. Anybody who could get out had got out.”

Mawson, who now describes himself as a social entrepreneur, felt what the area needed was an entrepreneurial culture – and giving the local community the support, skills and resources to become positive and active within the community and its economy.

He started small by backing a young local woman who wanted to start a dance school. The class started with three children, but within six years had 150.

Other ‘socially sustainable’ businesses followed, including a nursery. This made use of the church during ‘off-peak’ times of the week (controversially this involved taking out the church pews, pre-empting Radio 4’s The Archers current story line by two decades). The nursery was set up with the ethos that those who could pay did, helping to integrate the local kids, including the Bengali community.

A health centre was built next door as the Bromley-by-Bow Centre which, says Mawson, has become one of the models for the government’s LIFT programme for financing and managing primary health care. Similarly, the nursery has become a model for children’s centres and extended schools, he adds, in all, “something of a laboratory for social policy”.

In short, says Mawson, the Bromley-by-Bow Centre has pioneered a new approach to community regeneration. The centre now hosts 125 activities a week; 2,000 people use the site weekly, it is home to 23 businesses and even hosts a degree course on social enterprise, developed with the University of East London. This year classes are up 40% giving 700 students – all local kids - new learning opportunities.

To Mawson, Water City is a logical extension of the thinking that has taken place over the last decade. It is, he says, social and business entrepreneurs coming together and connecting the various projects taken place in the area so that they become greater than the sum of their parts.

The big message is about growing an entrepreneurial culture – which he believes is all about “learning by doing”. It is not, he asserts, about reinventing the wheel, but rather making sure that we have properly learnt from what has worked in the past. “It is all about delivery and how you do it in a way that works.”

Mawson uses the words strategy and consultation with thinly veiled disdain: “It is not about commissioning another strategy document. We have the opportunity to do things differently – not repeat old mechanism that haven’t worked. We need to create conditions where we can deliver and overcome blockages.”

If we are really going to create a legacy, he adds, “we’ve got to do this with the existing people, the residents must be part of the process – it’s not about consultation”.

Water City, according to Mawson, “is new thinking about regeneration based on practical experience in East London”. While it will challenge existing thinking it is firmly based upon what we know works.

The later point is key, he stresses; “we are not starting from scratch”. Registered social landlord, Poplar HARCA, he points out is already managing 8,500 homes – and it has land and is planning a development equivalent in scale to the nearby Olympic Park.

Water City is in reality a collection or joining up of numerous independent projects; and Mawson points to the St Paul’s Way Transformation as an indication of what can be achieved. The scheme includes a £27m school, a new £11m health centre and 500 new homes, delivered through Poplar HARCA, an “artists’ cluster”, and even a new street, with the potential for a new primary school and church.

In less than 18 months St Paul’s Way Transformation has secured funding for the school, and planning for the health centre. Contracts for the housing are in place and it has set up the Leading Edge cultural change programme that is about engendering an entrepreneurial culture.

The new £6m Langdon Park DLR station, which opens in December, is another successful component of Water City which, says Mawson, “is all about connecting a forgotten pocket of east London and mending fragmentation”.

These examples, Mawson says, are pieces of the Water City jigsaw. And the key thing now, he says is “we do need business involvement to take this to the next stage.”

For social entrepreneurs, he adds, we are at an interesting juncture: “It becomes interesting if big business realises it has a vested interest in building better places – it goes beyond philanthropy. It’s about real jobs, skills and places - and in the Lower Lea it is about mending this valley, together.”

Andrew Mawson is Founder and President of the Bromley-by-Bow Centre in east London and Co-founder and President of Community Action Network (CAN), a national charity supporting 850 social entrepreneurs across the UK. He has recently established Andrew Mawson Partnerships, an informal network of highly experienced people, as a vehicle for this work.