Life after the death of old king coal 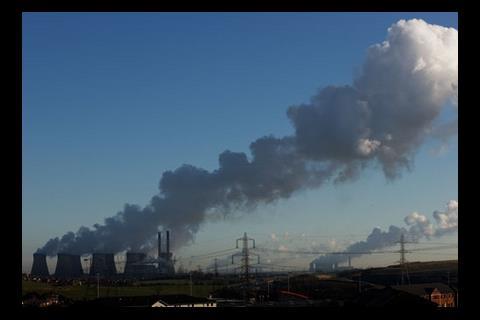 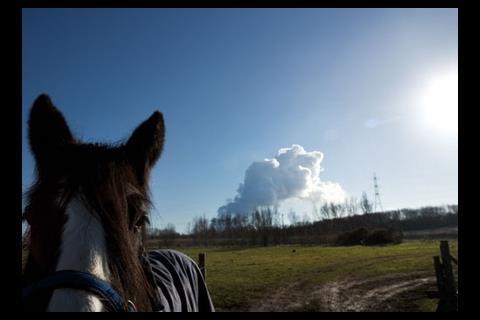 The fields at the old pit village of Fryston and Wheldale are used only for keeping horses, but soon housebuilders will be invited to construct the 150 homes needed to bring this dying community back into life. 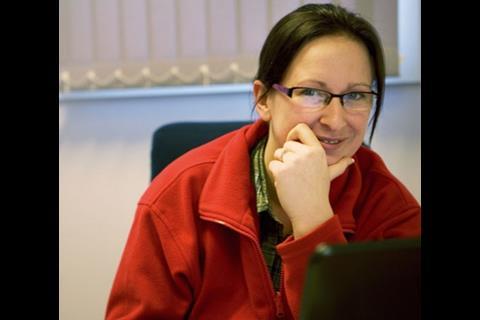 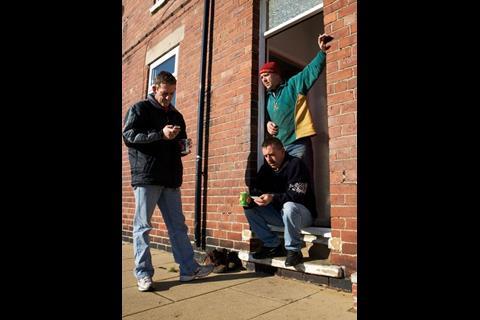 With no shops or facilities, residents just hang around outside their homes 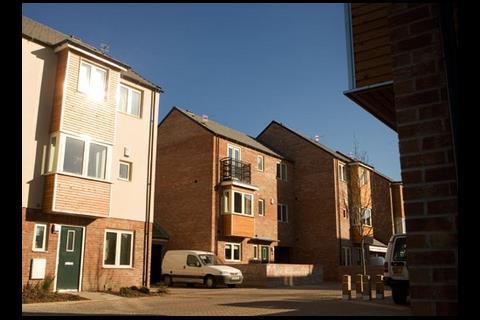 Miller’s new homes are for sale at prices starting at £118,000 – out of the reach of much of the existing community 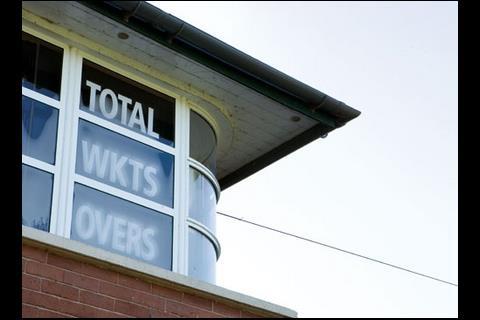 This scoreboard used to clock up the great Herbert Sutcliffe’s runs in the 1920s and 30s. It has remained in place on the insistence of deputy prime minister John Prescott 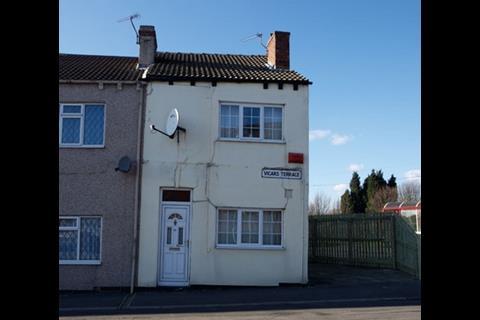 Vicars Terrace, where dilapidation is still clear to see 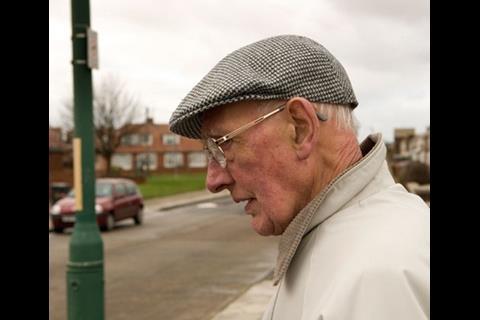 Arthur, a former policeman, is delighted by the regeneration of the area 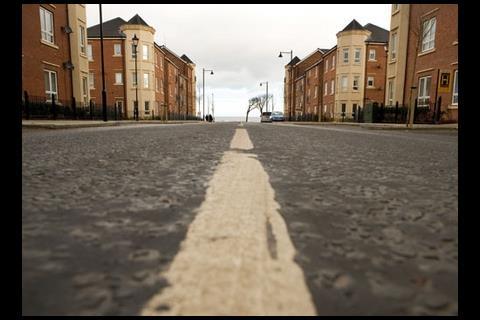 Wimpey’s Crown Village, which has created a “mini-Poundbury” in South Shields. 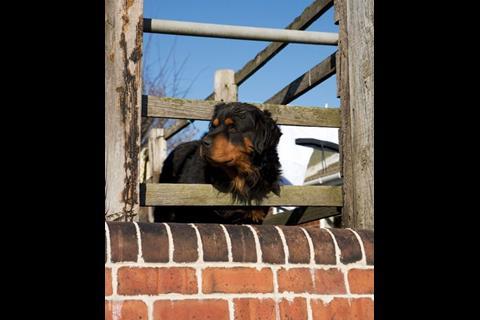 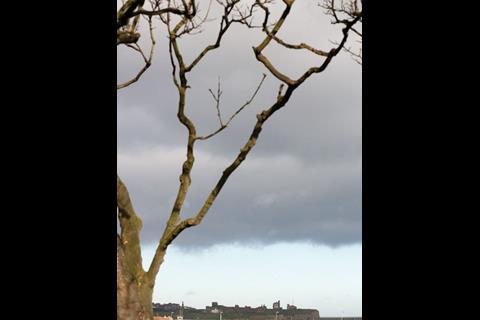 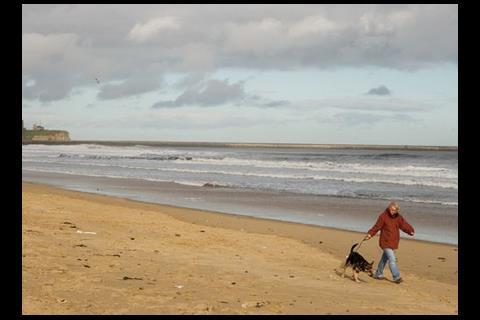 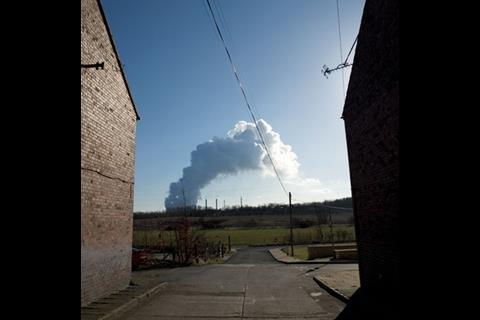 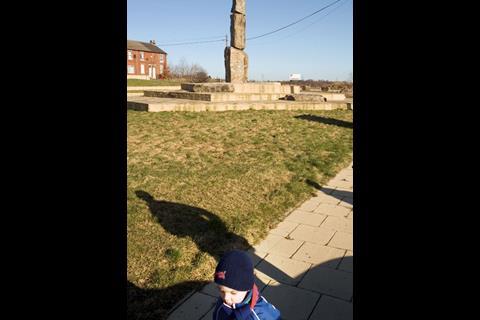 The National Coalfields Programme was set up a decade ago to rescue communities wrecked by mine closures. Mark Leftly toured the areas to gauge its progress

This month marks the 10th anniversary of the National Coalfields Programme, the government’s £387m mission to breathe life into 101 communities devastated by the mine closures of the eighties and nineties.

The programme, run by English Partnerships (EP), was never likely to be easy. The closures led to the loss of an estimated 222,000 jobs between 1981 and 2004. In 1997, the rate of unemployment in former pit communities was about 25-30%. The housing market was equally depressed, with prices as much as 80% below the national average, while ill-health was twice as prevalent as the norm. All of this was exacerbated by the fact that little or no investment was made in the areas until the programme was established in 1997.

EP invited Building on a tour of some of these former collieries, mainly to show off its successes over the past decade. These are impressive. It has created employment with business parks, stimulated housing demand with residential developments and reclaimed polluted land. As a result, it has generated receipts from land sales of £125m, with more to follow. Combining the current and expected receipts to the original £387m budget, EP will have spent £660m by the time the programme ends in 2012 – its 10-year lifespan having been extended five years – with a further £2.7bn spent by the private sector.

This budget increase has meant that EP has been entrusted with a total of 101 sites from an initial 57. At its 10-year celebrations this month, the programme will get one last tranche of former collieries, although this will be “no more than 10” according to an EP source.

Despite the achievements, though, there is still some resentment in these communities, particularly among the older residents who remember when the miners were the aristrocracy of labour, and recall the pit closures with disgust. This tour of communities in the North-west and North-east bore out both these successes and frustrations.

Glasshoughton in West Yorkshire employed 2,000 miners when it closed in 1986. It bears the hallmarks of EP’s early coalfields development: “Early on we focused on commercial build. Residential came later,” says Neil Mortimer, head of coalfields at EP. “The purpose was to create employment.”

Today Glasshoughton is dominated by a vast indoor ski slope, X-Scape. Part of a £150m retail and leisure park, it epitomises Consumer Britain, with its McDonald’s, Harvester, B&Q warehouse and retail outlet centre. The employment opportunities it created are demonstrated by the former profession of X-Scape’s first ski instructor: he was a miner.

As seen from a viewing point on a hill above the site, the area certainly stands out in this industrial and rural part of the world. Less than two miles away are the black grounds of the Pontefract colliery, which closed two years ago and is expected to be handed over to EP for the next part of its coalfields programme. Twenty miles in the distance, smoke plumes out of two power stations that process coal shipped from Australia and Poland (pictured).

The community seems proud of its achievements. There is a plaque on the viewing point dedicated to local resident Hilda Burton, who, the dedication reads, “worked tirelessly for the regeneration of her beloved Glasshoughton”.

Just outside Castleford lies an isolated community of about 80 people. Fryston and Wheldale overlooks the River Aire, and EP sees an opportunity to develop this into an area for boating and fishermen.

Its ambition is to replace the community that was effectively demolished by the closure of the pit with 150 new homes. This would be just enough to encourage utilities companies to put in new electricity connections and replace the old septic tank with a sewer system. It may even lead to the setting up of a local shop. “We’re going to put in the minimum number of houses to make the community sustainable,” says an EP spokesman.

So far only £1m has been invested in a village green development (right) designed by landscape architect Martha Schwarz and Building Design Partnership. This represents a softly–softly approach, as EP tries to reassure the local community that it should not be frightened of change.

Even so, they will meet resistance from those in the community who are suspicious of what the new plans might bring. Irene, a horse owner whose house lies a few hundred yards from where the housing would be built, says: “I’ve lived here 30 years. The mine closure took the heart out of the village. I’m not too keen [on new housing]. We don’t know what to expect.”

She doesn’t like to talk about changes and turns her back on our party as she speaks.

One of England’s greatest ever cricketers, Herbert Sutcliffe, used to play on the village green in Allerton Bywater. Today the cricketers’ clubhouse, which was once a miners’ community hall, plays host to a weekly tea dance, and this quaint fifties-style entertainment is actually testimony to the revival of an area that was on its knees a decade ago.

Of all the coalfields areas, Allerton Bywater has had the most troubled history. Residential development was delayed for four years until 2005. This was partly as a result of the discovery of an old mineshaft beneath the site, but also because of fierce opposition over design. EP says it improved its community consultation and made the designs more acceptable to residents.

It has certainly proved popular. The first phase of 43 homes developed by Miller Homes went on sale in September 2005 and all but two are occupied. The second phase went to market just before Christmas, and 18 of the 35 properties have been sold. Miller will eventually develop 197 homes, with Barratt and Irish housebuilder Fleming providing a further 174 units. With two more plots going to market within two years, about 600 homes could be built in total.

The first reservations on Miller’s homes are said to have been from young couples, returning to the area they grew up in. At £118,000 to £219,950 this housing is out of the reach of much of the existing community, though Paula Fox, sales consultant for Miller, insists that only a small percentage of owners commute to financial centres like Leeds.

Certainly, much of the older housing is in disrepair. An example of this is Vicars Terrace, a road that runs past the old school, which has been redeveloped into a community centre and is considered a key plank of the area’s regeneration. There is cracking paintwork and boarded-up windows along the terrace. Katie Barraclough, who looks after the centre, admits: “In general, reaction has been okay, although some find it difficult to adapt to modern life. They see everything as a bit of an eyesore.”

With further development expected, including a village square with a mini-supermarket and restaurant in development, it is hoped that house prices across Allerton Bywater will be lifted to benefit the community as a whole. At present, though, they have the redeveloped miners centre at the village green to be thankful for, tea dances and all.

The sandy beach of Westoe, just outside South Shields, is overlooked by a 600-year-old Abbey to the north and an anti-aircraft gun from the Second World War to the south. A small theme park and ice cream parlour that sells knickerblocker glories and scones are the centrepieces of the town.

It is a proud area, with virtually no litter: a couple of white plastic bags floating in the wind stand out a mile. Opened in 1909, the pit was the last to close in the area in 1993.

Wimpey’s £73m Westcoe Crown Village development (pictured below) stands in place of the old pit, complete with “home zones”, which include patterned roads that encourage slow driving. It is, as an EP spokesman says, almost a mini-Poundbury.

Vicky, who is walking around the new estate after visiting her daughter, is impressed, declaring that “it’s lovely here now”. Her friend Margaret recalls: “I remember when they were flattening the pit. It was grotty.”

With five phases completed and three more to come, Westcoe is a little more advanced in its development than the other collieries on this tour, and it is noticeable that the community is far more used to the changes. Arthur (pictured right), a former policeman who has lived in Westcoe for 50 years, says the area is the best he has known it: “A lot of people were made redundant when the pit closed, but other work came to town.”

There appears to be a slight problem in the second-hand market: in any one road about 10-20% of the houses can be up for sale as people have bought to simply sell them on at a profit. One sign proudly boasts: “Sold in 10 days.” This suggests that the early phases have been used by many just to build up a property empire rather than to create community, but it can also be seen as the success EP has had in creating a booming housing market from scratch. And Wimpey is also quick to point out that even a few former miners live in its flashy new houses.