Living in a box: housing standards

The typical UK new-build home is about as roomy as a rabbit hutch, according to the RIBA. But housebuilders argue minimum space standards would put the brakes on construction. Now the government is re-examining the case

Architects and housebuilders have once again locked horns after the government announced last week that it is considering introducing minimum space standards for all new homes and might even embed them in Building Regulations.

The revelation - in the long-awaited housing standards review - that the government wants to examine the case for national standards follows a long campaign by the RIBA and was hailed by its incoming president Stephen Hodder as having the potential to end what he called “rabbit hutch Britain”. “Some 30 years after [Parker Morris] space standards were abolished, this consultation is a significant step towards giving people the homes they want and need and putting right the housing wrongs of the last three decades,” he said.

The Home Builders Federation (HBF), on the other hand, warned ominously that minimum standards would constrain housing supply at a time of acute shortage, either by making sites less viable or housing less affordable.

So should we welcome the prospect of minimum standards and, if so, what form should they take? What evidence is there that they will hold back construction, and could empowering the consumer through so-called “space labelling” be a smarter way forward?

It is often claimed that the UK has some of the smallest new-build homes in western Europe, and the RIBA is certainly not alone in calling on the government to tackle this. Left to its own devices in an already dysfunctional market, the private sector often gets it wrong and produces unsustainable, inflexible and uncomfortable homes, so the argument goes. Minimum standards, by contrast, would produce popular homes that would stand the test of time and be flexible enough to adapt to changing needs.

“When we look at our historically best housing built between the wars and after the Second World War, that resulted from space standards,” says Hugh Ellis, the chief planner at the Town and Country Planning Association. “I don’t understand why minimum standards are such a problem [for housebuilders].”

Proponents also argue that the general public would be less likely to object to new housing developments if it was convinced that the space and quality aspects of new housing had been properly addressed. While the famous Parker Morris standards of the sixties and seventies were only ever mandatory for social housing, Pippa Read, policy leader at the National Housing Federation, says the impact of such standards would truly be felt if they applied across all tenures: “For us, the need for space and for quality more broadly is universal. There shouldn’t be a distinction between public and private and we think minimum standards will help communities accept new homes.”

In recent years, minimum space standards have been developed at a local level. And those that have introduced such measures, including Bristol council and London’s Merton council - which introduced its standards in 1999 - insist that they have seen no evidence of the negative side-effects that the HBF warns of.

The same appears to apply in London as a whole, which has seen minimum standards in place for the past two years since mayor Boris Johnson declared war on what he called “hobbit homes”. Alex Ely, a partner at Mae Architects who worked with the London authorities in developing the standard, says he has no reason to believe that supply has suffered. “My perception is that since the introduction of the London Housing Design Guide, housebuilders are getting on with it - there has been very little grumbling.”

Pie in the sky

Developers, however, might well argue that it is nigh-on impossible to isolate the effect of such standards when housing supply and demand is so multi-causal.
One developer with reason to be watching the move towards national space standards closely is Marc Vlessing, founding director of Pocket, the London company that specialises in well-designed one-bedroom apartments of just 400ft2 for young professionals.

He backs the idea of a “graduated framework” because standards for central London should sensibly differ from, say, Hull. He says: “I applaud the idea of saying ‘enough is enough’, let’s draw up a minimum […] but the idea of a [single] national space standard is pie in the sky.” 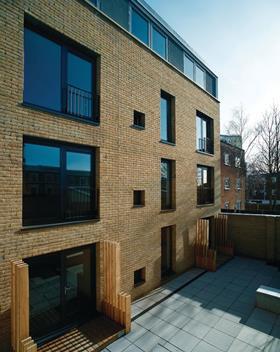 Vlessing also argues that standards should be flexible enough to exempt certain groups with less need for space, such as students.

But if the industry can’t agree about space standards, the notion of mandatory space labelling - something the government seems to have made up its mind to roll out - may be less controversial. This would see market forces harnessed to improve home and room size by ensuring that homes are marketed with clear data on what space you get for your money.

The problem is that, while the HBF has said it is willing to discuss how space labelling might work, the RIBA is adamant that the idea doesn’t go far enough.

For Andy von Bradsky, chair of architect PRP and head of the challenge panel that scrutinised the government’s local standards review process, the government has missed an opportunity for a potential middle way that might satisfy the concerns of both sides: new regulations governing minimum sizes for individual rooms, but leaving it up to the market to determine how these components are arranged into flats or houses. Von Bradsky says: “We looked at whether there was a compelling case for some sort of minimum standards for parts of space, rather than overall house or flat space sizes. This would mean that rather than leave it to market forces to go out and create a 5m2 box and try to call it a bedroom, they would have to meet minimum requirements to be able market it as that.

“We think here the government might have missed a subtle opportunity to embed something in Building Regulations that offers buyers some protection that they’re getting what they expect, without limiting their choice.”

With the consultation running until 22 October, and the government likely to take some time to respond, it’s clear the battle raging over space standards is unlikely to die down any time soon, whichever option is ultimately taken.

Space standards: For or against? 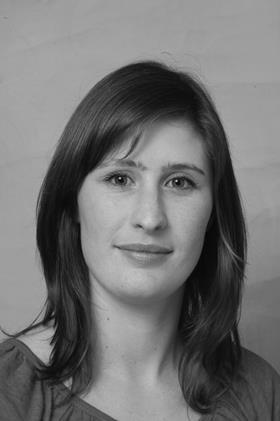 ‘We support a standard because we know the public want one’

The RIBA has consistently called for minimum space standards. We believe they are needed, ideally within Building Regulations, providing a nationally applied standard which will be consistent and transparent to developers, architects and the public. The government’s own challenge panel, made up of four experts, recommends this option. We support a standard because we know the public wants one. In numerous pieces of RIBA research we have found that space is one major reason why people would choose not to live in new-build homes, that homes in England today fall short of the only current existing standard in London, indicating that the market is not delivering, and that, when asked, 80% of the public say they would buy a new home if it met space standards.

This exercise has rightly been about the rationalisation and improvement of the regulations and standards applied to housing. However, in doing so there is the temptation to look solely at upfront development costs, which does not take account of the capacity of the market to adapt over time. Not implementing space standards now could have unintended social, environmental and economic consequences and costs in the long term.

The government has done a lot to help the housebuilding industry. They now need to act in the public interest. 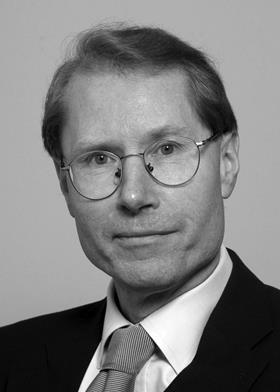 Superficially, minimum space standards might sound like a good idea. After all, who could argue against bigger homes for all? The problem is that this disregards the construction process - simply put, building bigger houses costs money, both in the bricks and mortar needed and the land used - in the context of a planning system that has not delivered enough land in the first place. By imposing a minimum size on new homes and making them more expensive, this automatically reduces choice for the consumer, particularly those struggling to afford a home at all.

The knock-on effect of reducing choice for the consumer alongside effective demand will be to reduce new housing supply at a critical time.

Those who argue in favour of minimum space standards often do not have a direct stake in the size - or cost and number - of new homes built and are setting out their ideal without understanding the fundamentals of housebuilding or the unintended consequences of their proposals. If we want to build bigger new homes at lower prices and provide greater choice for consumers it is vital that - alongside a reduction in red tape - significantly more land is made available for construction. That will give developers far more scope to innovate cost-effectively and maximise choice for consumers at affordable prices. 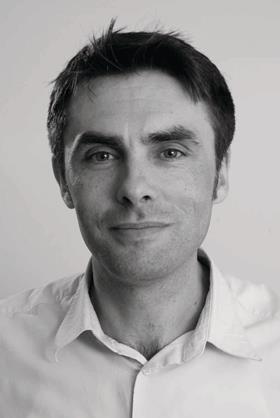 Professor Nick Gallent, head of the Bartlett School of Planning

When regulators in Italy introduced universal floorspace standards in 1975, their aim was to enshrine in law an Italian expectation of what a home should deliver, which was already being widely produced through private enterprise and facilitated by its planning system. The universal standards were a protective mechanism, not an attempt to cure an endemic problem and therefore not a shock to the system.

Space in new homes has many drivers: land availability; the housing market and loan finance; the planning system; and of course tastes and expectations. There is a risk that without working with these drivers the sudden introduction of space standards in England would come as a significant shock to the system.

It would also represent an attempt to shape an outcome right at the end of the productive process, when effort should be expended on changing market expectation. I would like to see the gradual introduction of clearer space labelling, in a staged way. The first stage would be to require the publication of useable floor space and pounds per m2 figures for all housing being offered for sale. Within a few months, it would be possible to add comparison figures next to a property’s own data - say the average for England, and perhaps also for housing of a similar type or age.

The second stage would be for houses to be given space star ratings. One might imagine a five-star system: the first star for having circulation space in the kitchen; the second star for being able to locate a table for six in a living or dining room, and on from there.

The difference between labelling, in this way, and requiring particular standards is that consumers are being empowered, but without any erosion of choice.