London: The first of the future? 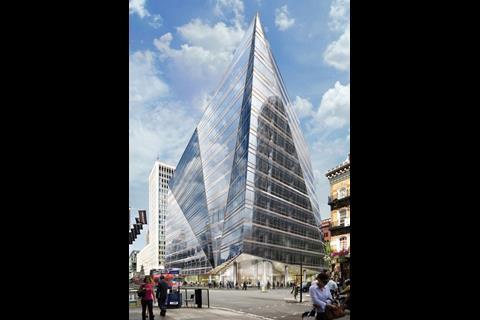 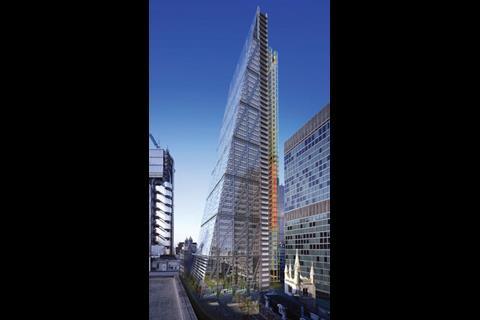 The Leadenhall Building (the Cheesegrater)

Commercial development has the encouraging ability to kick itself into gear, once a shortage of schemes elevates rents and depresses prices. But which developments? Emily Wright looks at the most exciting plans, and their chances of becoming buildings

With public sector cuts seemingly the one certain outcome of the election, at least there’s some good news on the London commercial development front. Thanks to an unprecedented shortage of office space in the capital and a predicted surge in demand from occupiers over the next few years, developers are racing to get mothballed schemes back on site to ensure they are among the few to be able to offer office space in central London from 2011.

Agent CBRE published a report last month that found demand for City office space was at a 10-year high. Meanwhile, property agent Savills is predicting an 11% rise in West End rents, and Heron International boss Gerald Ronson says the time is ripe for development: “There are a handful of big schemes to be built and finished by 2012/13. But that’s it. There is no product. And that’s why developers who have the resources should see now as the time to build.”

And it is looking increasingly likely that this is what the big players are preparing to do. British Land reported this month that it had let 465,000ft2 of office space since the start of May and Land Securities looks set to put its £655m pipeline back into development this month. In October 2009, Colette O’Shea, its London development director, said: “We feel confident about starting really significant projects next year. I hope that will mean the rest of the industry starts to feel more positive because we will need people to build these projects.” With its £120m Park House in Oxford Street and £18m Wellington House project in Victoria scheduled to start back on site in a matter of weeks, talk is now turning to action.

“I’d be very surprised if work on those Land Secs sites didn’t go ahead this year,” says the head of a well-known contractor. “I’ve picked up whispers that British Land is also set to press the button on some London schemes.”

But some experts warn that few developers will be in a financial position to get projects off the ground so soon. Steve McGuckin, managing director of Turner & Townsend UK, says: “This is the time for sticking toes in the water, not jumping in; there will not be a sudden influx of work. Having said that, there are major developments lining up to start again. Most of the big players have managed to refinance or get share issues and are back in a good position.”

So, opportunities to win work in this sector, though finally on the up, will be hard to come by. Which means knowing where to look will be crucial. Here, Building runs through the key schemes that may be rising over the next few years, before rounding up those that were conceived before the credit crunch and are now nearing completion.

After it was announced in February that Land Securities was seeking new quotes from contractors to build the 500ft2 high skyscraper, there was a flurry of interest from Bovis, Brookfield, Skanska and Mace. The project was put on hold 18 months ago, but Land Secs has now confirmed that the scheme is likely to kick off again this year. Last month it was confirmed that the group was seeking a joint-venture partner to help it restart the development.

Land Securities has confirmed that, like Park House (below), Wellington House in Victoria will start on site this year, most likely this month. The John McAslan + Partners design will be built by Wates.

Developer Land Securities
Size 257,800ft2 of office space and 16,600ft2 of retail
Likelihood it will go ahead High

Out of the trio of schemes Land Securities has said will be starting this year – not including the Walkie-Talkie –, Selborne House (pictured right, top) is the one with the least detailed schedule. However, Sir Robert McAlpine was awarded the role of main contractor in January and Land Secs has confirmed that the aim is that it will break ground in 2010.

Land Securities has been talking about this project kicking off since October last year and with a construction contract awarded to Mace and a May start date, this project looks likely to begin on schedule, despite press reports that Hamiltons, the original architect, has lost the design job on the scheme to Robin Partington Architects. When asked whether the scheme would still go ahead, a spokesperson for Land Securities said: “Definitely. We’ll be on site next month.”

Developer None, as yet
Value £1bn
Size 900,000ft2
Likelihood it will go ahead Uncertain

Things were looking hopeful for the future of the former Candy & Candy scheme when its owner, the Icelandic bank Kaupthing, asked CBRE to sell the site. But concerns have since been raised over the asking price. Kaupthing bought the site with the Candys for £175m in 2006, and it is understood to be on the market now with a guide price of £125m which has been widely dismissed as unrealistic. Tony Pidgley, the chairman of Berkeley Group, which considered buying the site, said: “Nobody I know will pay telephone numbers for sites like that.” Heron International’s Gerald Ronson is also understood to have looked at the site.

The biggest indication that this scheme will get the go-ahead came last month after developer Great Portland Estates sold a 50% interest in it to Canadian developer Brookfield Properties for £42.97m. Brookfield will act as development manager and Great Portland Estates will continue to be property and asset manager. The acquisition price suggests a complete valuation of £86m. The current rental income is £7.4m a year. The joint venture intends to prepare the scheme for a potential start date of 2011/12.

There was little indication that the project (pictured right, bottom) would be up and running on site again this year until late last month when British Land said it was “thinking pretty seriously” about reviving it. The news came after the group let 465,000ft2 of office space in London between February and the start of April and said there was another 154,000ft2 ready to be let in the pipeline. Chris Grigg, the group’s chief executive, was reported as saying that British Land was ready to take advantage of the recovery in demand. He said: “Developments that were not really viable six to nine months ago are now being seriously considered.”

Developer Arab Investments
Size 970,000ft2 of office and 30,000ft2 of retail space
Likelihood it will go ahead Very high
Predicted start date May 2010

Vertical building work is said to be set to start at this Kohn Pedersen Fox-designed tower next month. But doubts have been raised because of the scheme’s uncertain funding. So far no tenants have been secured, but Arab Investments says talks are continuing for 500,000ft2 of space. It was reported in March that this package was close to being secured through a consortium of French, German and UK banks. Earlier this month Khalid Affara, managing director of Arab Investments, said the group was in talks with potential tenants and the upshot of these meetings would determine how quickly funding could be secured and work on site begun. In the meantime, preparations are being made for a May start – walking past the site at the moment, there is a plenty of preparation work going on.

Based on his inside knowledge of London commercial developers and the funding situation for these types of projects, one commercial property investor specialising in central London schemes reveals which of the developers he thinks are most likely to push the button on projects over the next few months. He also suggests which of the smaller, younger firms are worth keeping an eye on for the longer term.

In terms of projects kicking off this year and next, particularly from a pre-construction stage, it’s the big boys that contractors need to be following closely – particularly REITS which have stabilised their balance sheets . My top six would be Land Securities, British Land, Derwent, Great Portland Estates, Development Securities and Hines. The trend going forward is that it will be the major players coming through first as they are the ones most likely to have cash. But there are always others to look out for. Personally, it is the interesting new entrants that often catch my eye. These will be the developers of the future and the ones that could provide quite a bit of work in the long term.

These less mature firms include: