Looking ahead to 2019 in construction: it's not all bad

There’s a lot to look forward to this year: cash from the government spending review, big infrastructure projects and game-changing innovation. Though many may be happy to settle for just surviving Brexit. 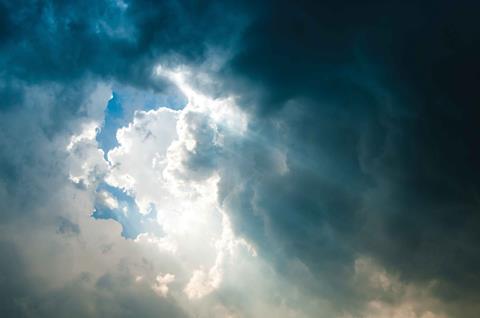 The construction industry could be forgiven for not looking forward to 2019 with any great relish. After all, the year begins with the economy in a moribund state, housing market confidence dropping and the very existence of some of the UK’s biggest construction firms under threat. And with Brexit looming in the next three months, there are still few signs of the “sunlit uplands” promised by Boris Johnson before the 2016 referendum.

Of course Brexit – whenever, how and even whether it happens in 2019 – will surely set the political and economic weather that the industry operates in this year. After all, both crashing out of the EU with no deal and a Corbyn-led Labour government are both still conceivable outcomes from breaking the current political impasse, which must happen by 29 March.

But predicting how the party and parliamentary wrangling and finagling over Brexit will pan out is a tall order. So, setting Brexit to one side, what can we expect from 2019?

Known unknowns: what do we know, and what might surprise construction in 2019?

At the top level, the forecast of the Construction Products Association, which assumes an orderly EU exit moving the UK into the “business as usual” transition period in March, is for minimal – 0.6% – growth in construction output for the year, supported by modest growth in housebuilding and infrastructure and 1.4% overall growth in UK GDP. The overall picture hides huge geographical variations, with markets outside of London likely to show more growth than the capital. So, not strong, perhaps, but stable at least.

Last year began with the dreadful shock of Carillion’s collapse, and the big concern for many in the industry will be the spectre of history repeating itself, with sickly patient Interserve very much on the operating table. Interserve is not alone in having its balance sheet put under the microscope, and many contractors will be much more focused on cash flow and debt levels than overall workload.

There are positives, or course, with many hoping 2019 will be the year when efforts will take off to reform the industry through adoption of digital and advanced manufacturing technology. For those of a less utopian bent, the first few months of the year will be significant – Brexit or otherwise – because of the planned government spending review, which will set the parameters for departmental spending for the years ahead. Simon Rawlinson, head of strategic insight at consultant Arcadis, says: “It’s a really big one. The government’s presumption in favour of offsite manufacturing means that the spending envelope set by the chancellor will be critical. These programmes will create the initial demand to drive uptake of modern methods forward.”

In these following pages, Building takes a look in more detail at the year ahead.

There’s no question about what will be the big contractor story of 2019, whichever way it pans out: Interserve. The £3.2bn-turnover firm has said it will announce its refinancing in “early 2019”. With the company valued at just £20m and analysts estimating it will need to raise anything up to £500m to put it on a sustainable footing, this means its lenders will have to be persuaded to swap loans for control of the business.

Also read: How did Interserve get itself into this mess?

For listed construction firms, much is likely to depend on whether Interserve can pull this deal off. Cenkos analyst Kevin Cammack says its future is in the balance. He adds: “If the refinancing happens, it’ll happen in January, and it’ll take the short-term pressure off the sector. If the company falls the consequences will be worse than Carillion, I think. It will spook all lenders immensely.” 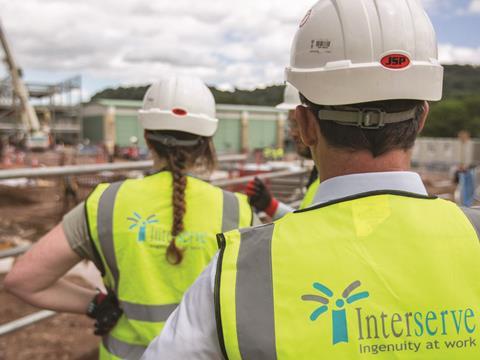 The attitude of contractors’ banks is an issue likely to concern all the big firms, with Kier’s late 2018 rights issue being prompted, it said, by the decision of a number of major lenders to reduce their exposure to contracting businesses. If lenders do pull in loans elsewhere, this could threaten other firms or reduce their ability to invest. Another much anticipated event will be the release of overdue accounts for under-pressure contractor Laing O’Rourke, which has reported more than £300m of losses in the last few years.

More positively for specialist contractors, moves to ban retention payments are progressing, with the so-called “Aldous Bill” due for a second reading in the Commons on 25 January.

The industry will be hoping that 2019 contains much better news on big infrastructure schemes than 2018. With the first of Crossrail’s phased openings already pushed into this year, all eyes will be on whether the £15bn rail project manages to get over the finish line in 2019. The omens don’t look good, with new chief executive Mark Wild admitting in December that an autumn 2019 opening “could no longer be committed to at this stage.” Costs have already risen by £2bn on the project, and fears remain they could rise further.

But Crossrail is not the only project under pressure. Construction work had been due to start in earnest on HS2 this spring, but the government admitted last year that it had put the start back until the summer. It has also delayed the legislation needed for the next phase of the HS2 project by a year. Don’t be surprised to hear of further delays as the government tries to control costs on the project. Noble Francis, economics director at the Construction Products Association, says: “We’re now anticipating that the delays may push work on HS2 into 2020.”

Arcadis’ Rawlinson says the problems with these big infrastructure projects will provide a “wake-up call” to the industry in 2019. “There’ll be a real call for genuinely aligned ways of working by clients and suppliers to get these problems addressed.”

In the utilities sector, the response expected this month by water regulator Ofwat to investment plans by the privatised water companies will set the agenda for work in that sector. Matt Cannon, incoming chief executive at the Clancy Group, says: “The regulator’s price review gives our sector an opportunity to set out a clear plan to tackle challenges around affordability, innovation, customer service and resilience across the network.”

The government is also scheduled to respond formally to last year’s first ever National Infrastructure Assessment, conducted by the National Infrastructure Commission  (NIC) – one of 2018’s few bright spots for the construction industry. David Whysall, managing director of infrastructure at Turner & Townsend, says: “The current political situation is resulting in a reduction in business confidence that is now starting to materially affect the construction industry. We therefore must see the government back the NIC and implement the investment programmes it sets out.”

National Infrastructure Assessment: the roadmap to meet our infrastructure needs is welcome: now for delivery

The Construction Products Association now expects infrastructure output to grow by 8.7% in 2019, in contrast with its previous forecast of 13.2%.

Last year’s construction sector deal and the creation in December of the Transforming Construction Alliance, alongside growing interest in modern construction methods, gives some cause for optimism that 2019 could see attempts to modernise the industry gain pace. The government has provided £72m to set up what it has called the “Core Innovation Hub” to drive improvements, and what form that takes will be a large part of the discussion in the year ahead. We should also see the first winners of a competition to receive a share of £12.5m from the Industrial Strategy Challenge Fund to support construction innovation, announced in the coming weeks. 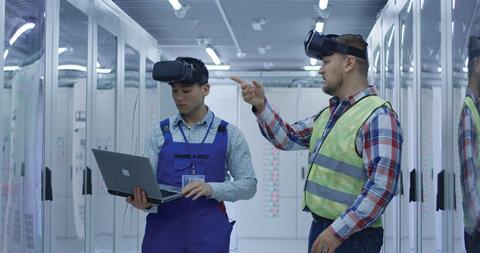 Arcadis’ Rawlinson says: “This year is when we should start to see the fruits of the Transforming Construction investment. Early 2019 should tell us some really interesting things about where innovation thinking is at in the industry.”

Whatever happens with this government push, many are also predicting a ramping up of private sector efforts to digitise the construction process, such as by integrating design with offsite manufacturing.

Sarah Prichard, UK managing director at BuroHappold Engineering, says: “This will be the year when engineers really start to capitalise on recent developments in automation in design. The time has come to make building design and construction leaner and more efficient.” Steven Charlton, managing director of architect Perkins+Will, says: “I expect to see an open debate about data and how to share it. There’s now a realisation we need to tackle this.”

Brexit will undoubtedly shape housing market sentiment in 2019 one way or another, but even without the drag effect of political uncertainty, there are other reasons to be cautious on housing output. The Construction Products Association forecasts private housing output to grow 2% this year, with Help to Buy sustaining building in the face of deepening market weakness. Achieving this number may depend on further growth from institutional investors and housing associations, given the number of volume housebuilders, such as Crest Nicholson and Berkeley Group, that are forecasting stable or reduced volume this year.

Also read: Is this the end of the road for Help to Buy? 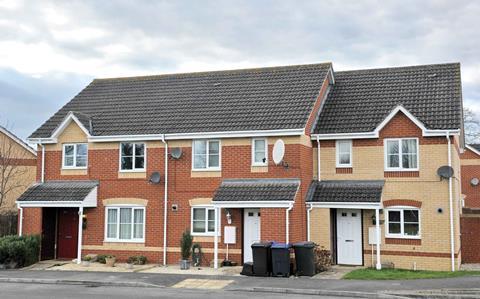 The RICS forecasted before Christmas that overall house sales would weaken by 5% in 2019, with housebuilding growth “uncertain” at best. The most recent government new orders data, to the second quarter of last year, also suggests that housebuilding volume has peaked. Cenkos analyst Cammack says: “We’re likely to see a relative slowing in private sector starts and a relative quickening in the pace from institutions and housing associations, which will shift the dynamic in the sector.”

Market sentiment aside, the issue of Grenfell will continue to dominate, with the industry still digesting the government’s formal response to Dame Judith Hackitt’s review of building regulations and fire safety, which last year called for a new regulator to sign off tall buildings consents and big process changes.

Nigel Morrey, technical director at Etex Building Performance, says: “The government has now endorsed the Hackitt review’s recommendations to address what the review identified as an industry-wide lack of evidence of performance, compliance and recording of information. Yet it is still not clear exactly what format regulatory changes will take nor when they will be introduced, with no official timetable attached to the government’s response. In particular, we need to see progress on the creation of the Joint Competent Authority to assess building safety. Uncertainty is likely to remain the watchword in 2019.”

The outlook for commercial building is subdued in 2019. The Construction Products Association forecasts a 5.4% decline in commercial buildings output in the year, a consequence of the political uncertainty we’ve already seen holding back investment. Its forecast says the sharp fall in new orders for large office buildings seen in 2018 followed on from “concerns from investors over long-term economic prospects and returns on investment” in the wake of the 2016 referendum on leaving the EU. 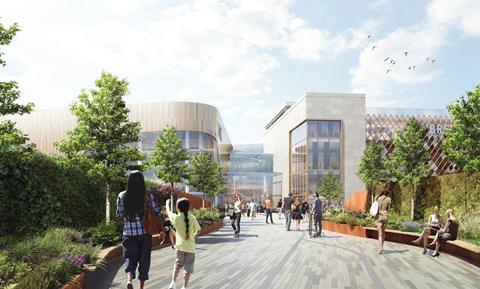 The retail sector is also likely to be hard hit, with poor sales over the Christmas period deepening concerns over the long-term sustainability of high streets and shopping centres. This calls into question major retail schemes, such as the £1.4bn Brent Cross scheme – already on hold – as well as the similar sized Croydon Partnership development. Perkins+Will’s Charlton says this will mean businesses involved in retail will have to adapt quickly in 2019. “Retail’s going to take an absolute hammering. This will present a huge opportunity to repurpose existing retail developments, and potentially resolve the housing crisis at the same time. There’ll need to be a radical rethink of plans.”