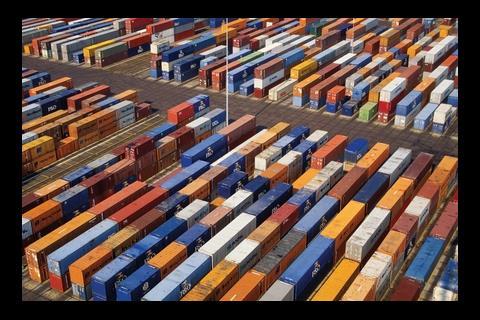 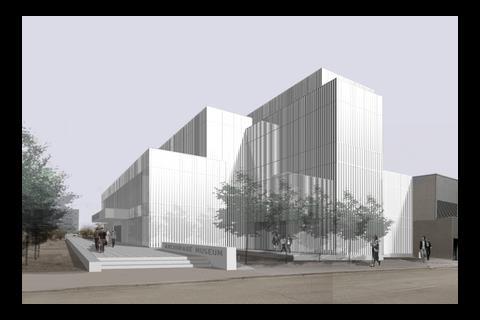 Davis Langdon saved 30% by sourcing glass from China for the Anchorage Museum, but the long lead time affected the scheduling of other elements 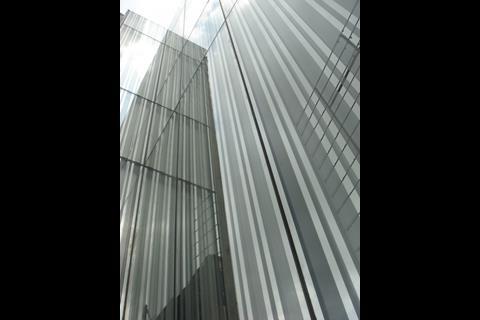 Is the UK construction industry missing a trick? A recent report suggests that firms could be saving up to 30% on the cost of materials if they were to ship more from China. Stephen Kennett spoke to three companies that already use Chinese suppliers to find out if it really is all plain sailing

For years, the manufacturing and retail industries have been wise to the benefits of sourcing from low cost countries and China has been one of the first ports of call. Now, with costs rising and margins getting ever lower, construction companies are beginning to follow suit. But buying from China isn’t straightforward. Few suppliers have representatives in the UK, and European companies that have set up bases in China are rarely willing to give the sort of discounts that local manufacturers do. So just how do you go about tracking down a local, ethical firm? What about the issues of quality, lead times, warranties and maintenance? We speak to three firms that have taken the plunge.

Renewables: buy one get one free!

After years of having renewables in its schemes taken out by value-engineering, Zedfactory, the zero-carbon designer and developer behind schemes such as BedZed in Surrey, decided to take matters into its own hands. A year ago it began organising a buying consortium to import sustainable technology from China into the UK. “We were frustrated by the huge amounts we were being charged for renewables, which were preventing us from getting our buildings zero-carbon status,” says Steve Harris, senior architect with Zedfactory.

The firm already had links with ethical suppliers from a number of projects it had worked on in China. It transpired that they were willing to sell directly to Zedfactory.

“It was time to put our money where our mouth was,” says Harris. “We collected a number of clients, staff, friends and like-minded people together to fund the first shipping container.”

The shipment comprised photovoltaic (PV) panels, solar thermal arrays and inverters. Upon its arrival in Southampton, the container was driven up to a warehouse around the corner from BedZed. “Customers then turned up in their estate cars and hire vans and we helped them load up their goods and away they went,” says Harris.

The lead times for the PV panels and solar arrays was about three months, including the 26 days the ship was at sea.

The price works out at about half the going rate in the UK, including tax and import duties. “We started off in a small way to make sure it worked, but we’ve been through enough now to know the costs and the overheads involved,” says Harris. “The downside is, to get the low prices you have to put 100% of your money up front, three months in advance.” Only when the money is in place, is the order made.

The first shipment just broke even, so to cover overhead costs Zed Fabric, the Zedfactory spin-off importing the renewables, is making it a condition that those joining future consortiums must make an investment for extra equipment beyond what they need for individual customers. This additional equipment is then sold at a profit by Zed Fabric. After a set period the customer has their original investment plus 60% of the profit made on the equipment they funded returned to them.

When it comes to quality, Harris says there isn’t a problem. The 83Wp and 180Wp PV panels are CE marked and made according to ISO 9001 quality standard and two-year product warranties. However, they don’t have BRE’s microgeneration certification, which means they aren’t eligible for a grant under the government’s low carbon buildings programme. Harris doesn’t see this as a drawback. “The panels end up costing half the price you would pay in the UK, so you’re paying the same if not less than if you had got the full grant.”

In terms of the environmental impact of shipping renewables all the way from China, Harris says the PV panels have a three-and-a-half year carbon payback, including the shipping fuel. “This is surprisingly little. If we were air-freighting them that would be a different matter. And the major impact of climate change will be in China, so the Chinese renewables market should be wholeheartedly encouraged.”

Word of the buying club has spread and Zed Fabric is about to order its fourth container of goods. It is also looking at other products. “We’re driven by what products our projects need, for which there aren’t ready supply chains,” says Harris.

Hospital boilers: save a whopping 30%!

Pricewaterhouse Coopers (PwC) recently looked into sourcing three large dual fuel steam boilers for a UK client that had won a PFI contract to refurbish a number of large hospitals.

Finding the products wasn’t an issue, Mark Li, senior consultant with PwC’s low cost sourcing division, says. “We have about 7,000 people on the ground in China, access to a lot of trade information and an extensive network of Chinese businesses.

Cost was the initial driver but we soon realised there were other bonuses, like availability. But we’ve not seen enough yet to say quality isn’t a problem

It doesn’t take us long to find a product because chances are we already know about the company.”

In the case of the steam boilers, the Chinese manufacturer had to tailor an existing design to meet EU pressure vessel standards. Li says they would normally ask a firm to deliver a turnkey operation and would expect the products to come with relevant warranties. “What tends to happen is either firms take their own people over to commission it, or they employ a local contractor to do it.”

Lead times tend to vary. In some cases they are shorter because manufacturing capacity in certain places in China is enormous. On the other hand, there might be cases in which the manufacturer has to source an individual component with a long lead time. On top of that, there is the shipping.

In terms of cost savings, Li calculates PwC saved 30% on what the £380,000 UK-sourced set would cost. As boilers are often one-off purchases, it has been looking at other products it can procure: “We’re looking at electrical cabling – there are significant cost savings with these, in the region of 30-40%.”

Peter Morris, principal at Davis Langdon’s office in Sacramento, California, is working on the Anchorage Museum expansion in Alaska, for which it has procured the cladding from China.

This isn’t just standard cladding. The temperature inside the museum has to be closely controlled, which was quite a challenge considering outside it drops to -30°C in winter. This meant installing glazing almost 300mm thick, consisting of two layers of insulating glass on the exterior, an interior cavity and a system of roller blinds for solar control. On top of this, the architect, David Chipperfield, wanted to minimise the greenish tint to the glass and so specified low iron glass, which is not readily available.

This is the most significant of three projects on which Davis Langdon sourced products from China. “Cost was the initial driver,” says Morris, “But we soon realised there were other bonuses like availability.” Cladding manufacturing capability on the west coast of America is very constrained.

The process of procuring the glass was long – it took over a year. It didn’t pose a problem for the project but only because it was ordered early. “This had the potential to cause problems,” says Morris, “because there were elements in the schedule that were longer because of the shipping lead time and that had to be scheduled in appropriately.”

He adds that “there were concerns about quality, as this was new to us, so things were checked at the factory and when they got to the US”. The design team behind the museum also added more intensive mock-up testing of the cladding panels at a facility in Florida. Logistics teams worked with the factories to ensure the crates arrived in the right order.

“We haven’t seen a large enough sample to say quality isn’t a problem,” says Morris. “I suspect the issue of quality will creep in once we become more comfortable and start taking our eye off the ball.”

Although the cladding was sourced for 30% less than if it had been procured in the US, it did present a big risk. The extremes of weather in Alaska are such that if the panels had been delivered late, it could have delayed the build programme by up to a year.

At the moment, it’s just cladding systems that Morris has sourced from China. “We haven’t found other systems that are as amenable to off-site manufacture,” he says. “Other glimmers in the distance are M&E and plumbing systems, but we don’t know if there is enough financial advantage yet.”