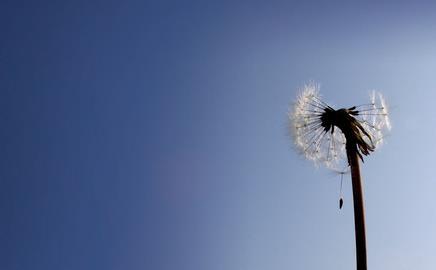 Micro-turbines may be the height of fashion, but are they any good? In the third part of our series on renewable energy sources, Alistair King finds out more

Britain is a windy country. And all that wind is free. As a renewable energy source, it has been successfully harnessed in large-scale wind farms both on and off shore – to the extent that it now generates enough electricity to power 1.2 million homes. As for micro-turbines on houses, they may be intermittent, but they do have the advantage of providing power when it is most needed – that is, on cold, windy days. This is more than can be said for solar thermal energy, for example. Yet, of all the sources of renewable energy, turbines are guaranteed to cause the most fuss. Why?

How do wind turbines work?

They convert kinetic energy into mechanical energy. If the turbine has enough energy it can overcome its mechanical resistance, or torque, and generate electricity. The amount of power derived is proportional to the density of the air, the radius of the blades and the cube of the wind speed.

There are two basic types of micro-turbine:

Although some makers quote operational wind speeds as low as 4m/s, most systems work best in smooth-flowing air at 6m/s.

So how is wind speed determined?

A superficial value can be obtained quite easily for any British location. A number of mapping websites give Ordnance Survey grid references for different postcodes. These references can then be put into the wind speed database on the DTI website to give average wind speeds at heights above ground level of 10m, 25m and 45m. My own address in north London, for example, gives 4.9m/s, 5.7m/s and 6.2m/s respectively. These figures are disappointingly low given the 6m/s optimum speed. The London average at a workable height is closer to 3m/s.

What’s more, because turbulence – where eddies build up, causing wind to move around in chaotic directions at variable speeds – is such an important factor, these figures are effectively meaningless in urban areas. Turbulence is caused by obstructions, such as chimneys, parapets, TV aerials and other buildings, that prevent the smooth flow of air. These can render turbines virtually useless.

So which locations are suited to micro-turbines?

A 1kW turbine produces on average just 300W – or enough power for three or four lightbulbs. ‘You might save more money and energy by changing all your bulbs to low energy,’

This is the big question. To get the best out of a micro-turbine, the setting should avoid turbulence and low wind speeds. Isolated rural dwellings, where turbines can be installed away from the building, pass on both counts. Densely populated urban settings often fail on both counts. Because turbulence makes turbines so ineffective, they must be set well above the profile of a building’s roof, allowing good passage of air into – and out of – the rota blades. A height of 9m is commonly quoted, which can be prohibitively high for many buildings.

Modifications are possible in areas where wind speeds are lower, such as using five-bladed rotas rather than three. These allow turbines to operate at lower speeds, but reduce efficiency.

Roof mounting can also be problematic. Flat roofs will usually have the strength to resist the bending forces of turbine masts, but traditional pitched roofs are often too weak. However, micro-turbine technology is in its infancy, so things should improve.

How much power can micro-turbines produce?

The figures quoted by makers tend to refer to peak output, which can only be reached when wind conditions are right. Bulen Hourshid, a mechanical engineer and partner at Mott Green Wall, estimates that most installations are only 30% efficient when averaged out over a year. So a 1kW turbine, he says, would produce on average just 300W – or enough power for three or four lightbulbs. “You might save more money and energy by changing all your bulbs to low energy,” he says.

What are the capital costs of installation?

Small-scale turbines, with a typical peak output between 1.5kW and 6kW, cost from £4,000 to £18,000. At the high end of the spectrum, complete systems might comprise more than one turbine.

Before getting a turbine, however, it makes sense to commission wind and acoustic surveys. These usually cost thousands of pounds, and can double the total cost.

What are the maintenance and running costs?

Maintenance costs are minimal if homeowners service their own turbine. Its moving parts need to be checked for wear and tear and its bearings need to be greased at least once a year.

With a vast number of components, often made and transported from overseas factories, turbines’ carbon footprints are difficult to calculate

No motive power is required once turbines are installed. However, a small amount of power is needed to convert the direct current into an alternating current fit for domestic use. Sometimes more electricity than is generated is used in this process, especially when turbines are left on standby on windless days. In any case, a back-up supply of electricity will always be needed.

What is the break-even point for cash and carbon?

Although some makers estimate a cost break-even point of about 10 years, independent experts are more cautious. They suggest payback periods of more than 30 years for the 1kW turbines and 20 to 30 years for the 1.5-6kW models. At these scales, the economic case is marginal, despite mechanisms by which excess electricity can be sold back to the grid – it cannot be stored.

Small-scale and very small-scale turbines reduce carbon dioxideo by about 0.4kg/kWh/year. The break-even point for carbon – when the amount of carbon saved equals the amount used in manufacture – is harder to determine. With a vast number of components, often made and transported from overseas factories, the carbon footprint of a turbine is difficult to calculate. Nevertheless, Chris Twinn, of Arup’s building sustainability group, has a hunch that carbon is recovered within five years. And he predicts that things will gradually improve, with makers’ own turbines being used to power some of their plants.

What is the average lifespan of a turbine?

The typical design life quoted by companies is about 25 years. If well maintained they might last longer, but the warranty offered tends to be two or three years.

Yes and it can be tricky to obtain, given the conspicuousness and noisiness of many installations. However, the government recently proposed removing this requirement for domestic applications.

What government grants are available?

Previous articles in this series on solar power and CHP are available in the Sustainable Guidance section at www.building.co.uk/sustainabletoolkit Next week: ground-source heat pumps