While the idea of the new bank has been welcomed across the sector, the devil will be in the detail – which remains largely unknown, Jonathan Owen reports 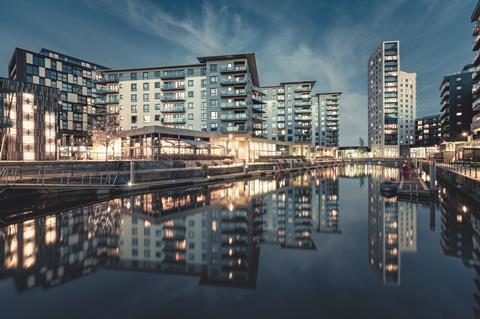 You might be forgiven for assuming that the UK’s new national infrastructure bank, announced by the government this month, will be a much needed shot in the arm for infrastructure. Well, not quite.

Despite what its name suggests, the new bank will be anything but a traditional source of funds for the usual suspects of motorways, railway lines and power stations when it comes to big infrastructure programmes. Instead, it is to be a standard-bearer for what chancellor Rishi Sunak has described as the quest to “build back better, fairer and greener”. This is likely to mean things like new energy projects, carbon capture and storage facilities, and climate change mitigation such as flood defences.

In his Budget speech, Sunak declared that the new bank – which will be based in Leeds (pictured) – will invest in “public and private projects to finance the green industrial revolution”. His announcement of the bank was accompanied by the first real detail about what it will attempt to achieve.

A Treasury document on the “policy design” of the bank reveals that its raison d’etre will be to “help tackle climate change, particularly meeting our net zero emissions target by 2050” and “support regional and local economic growth”. 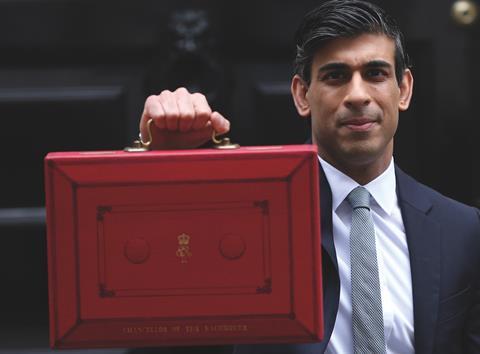 It will act as a catalyst for investment in projects that would otherwise be deemed too risky by traditional lenders, with £12bn in equity and debt capital and the ability to issue £10bn of guarantees.

There will be a focus on infrastructure such as clean energy, transport, digital, water and waste, and the bank “will also play an important role in supporting and developing early-stage technologies”. Its “initial focus will be on climate change mitigation and resilience” and it will target “greener technologies” for support.

The bank will also act as a broker of deals between local authorities and other parties on developing and financing projects, and aims to offer loans to local authorities, starting this summer, for “high value and strategic projects of at least £5m”.

However, the document falls far short of giving any meaningful detail about how the bank will actually work in practice. It says that “investment principles” will be published “later in the spring” and that “the bank will develop its own metrics and decision-making framework for assessing projects”.

The bank will start operating in “spring 2021 in an interim form and then ramp up its activities over the coming months”. But a date has yet to be set for the legislation needed to “place the bank on a statutory footing, establishing its full powers and operational independence”.

And pressure is mounting on the government to translate its rhetoric into actual action, with a chair for the new bank not even appointed yet. When approached by Building, the Treasury refused to elaborate on precisely when the bank will be launched.

The document suggests that it could in fact take three years for the bank to become fully established. “The government will review the bank’s progress and financial performance by spring 2024, to ensure it has sufficient capital to deliver its ambitions. At this point it is envisaged the bank will be established in statute, will have closed a number of investments and developed a strong pipeline of further projects.”

Yet time is of the essence, with UK firms already having lost out on European Investment Bank (EIB) funding as a result of Brexit. In the five years leading up to the EU referendum in 2016, EIB lending averaged £5bn a year. And the new bank will not come close to filling that gap.

The £22bn that the bank will have to play with may sound impressive. But it is spread over five years. Just £5bn is being provided in equity from the Treasury, with the bank able to borrow up to £7bn and use up to £10bn from the existing UK guarantee scheme.

Mark Gregory, chief economist at EY, commented: “Although a UK infrastructure bank is a welcome innovation, the resources available to it are relatively small.” According to the Treasury’s own forecasts, released in the Budget, the bank’s total transactions over the next five years are expected to amount to £7.6bn, with around £745m in 2021/22.

The bank “lacks anything like the ambition we need”, according to shadow business secretary Ed Miliband MP. “Far from transformative investment in infrastructure, the government’s new bank won’t even plug the hole left by the European Investment Bank,” he has said.

The Green Alliance think tank warns that the funding committed by the government “falls well short of the transformational funding needed”. It states that there is no guarantee that the bank will not end up supporting projects that will increase, rather than reduce, emissions.

“In theory money to support local development could go to incinerators, coal mines or airports, all of which would harm our progress to net zero,” according to a briefing produced in response to the Budget.

Lord Newby, leader of the Liberal Democrats in the House of Lords, is concerned that the bank may spread itself too thinly. “It’s got a remarkably wide remit for such a small amount of capital. The worry is that there’s too much PR puff and not enough focus; how will the Treasury know that it’s achieved what it’s supposed to do when it’s got such a broad remit?”

He adds: “The proof of the pudding is going to be in the eating, isn’t it?”

A lot of the time it isn’t access to cash that’s holding back development, it’s the risk profile

And Richard Robinson, chief executive of Atkins for the UK and Europe, says: “The bank’s aims – to help deliver net zero and support local and national economic growth – are ambitious and will need the funds and political will, both centrally and regionally, to deliver them.” 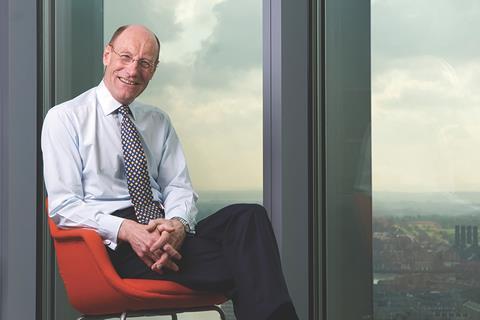 Sir John Armitt, chair of the National Infrastructure Commission, urged the government to create the bank

In his view, “a key test will be whether the bank is successful in crowding in private sector finance, which of course depends on how it’s structured, how it operates and how it’s going to lend.”

Robinson adds: “Given the government’s well‑publicised ambitions for an infrastructure revolution in the UK, the national infrastructure bank needs to be up and running quickly if

it is going to fund the  projects that will positively impact people’s lives during this parliament.”

The concept of the new bank is generally supported across the sector. “It looks like it’s heading in the right direction,” says Alasdair Reisner, chief executive of the Civil Engineering Contractors Association. He thinks that “within the next 12 months we’ll start to see real-terms impact in terms of industry”.

Commenting on the level of funding that the bank will have, he says: “It’s not about how much the money is. It’s about: does this money unlock stuff that otherwise wouldn’t happen, in a way that’s sustainable? As long as it does that, the quantum is less relevant, because, to be blunt, if it was too big a number, would industry have the capacity to deliver all of the stuff that was being funded?”

Sir John Armitt, chair of the National Infrastructure Commission, who led the calls for the government to create the new bank, said: “The opportunity here is to be able to attract in capital from the private sector, particularly on those projects where otherwise they would be reluctant to invest.”

He sees the new bank as a mechanism for sharing risk between the government and the private sector and says: “It is something to welcome in that it hopefully gives opportunity for more infrastructure investment from which inevitably engineers and construction companies will benefit.”

In terms of the money available to the new bank, Armitt says: “If the sector can demonstrate that there is the appetite and the opportunity and it’s taken up, then that ought to encourage the government to put more money on the table. But in the first place, given the constrained environment that we are in at the moment, I guess they have put in what they think is necessary to get the ball rolling and then we can take it from there.”

Armitt stresses the importance of the bank hitting the ground running. “In order for this to be seen as worthwhile and realistic, it needs to be seen to be acting and getting money out the door and into projects.”

And Hannah Vickers, chief executive of the Association for Consultancy and Engineering, says: “A lot of the time it isn’t access to cash that’s holding back development, it’s the risk profile. The scope of the bank is around stepping in with some seed corn funding on some of the risky green investments, so things like hydrogen networks, for example, to which your traditional lenders might say maybe at some point but not yet.”

She adds: “The opportunity of it is exciting; there’s a bit of a way to go in terms of the detail.”

Vickers wants to see the bank able to engage with developers by this autumn, not least so it can “advise on the spending review”.