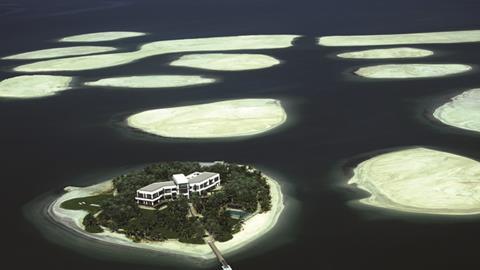 With debts of $10.5bn, Dubai developer Nakheel has left UK consultants £250m short. Some creditors say the company is close to a deal involving Islamic bonds, but others admit they are now reluctant to work with it again

It was always going to be a tough crowd. Last October, Chris O’Donnell, chief executive of burst balloon Dubai developer Nakheel, stood in front of dozens of UK consultants to tell them why they should trust him. And, more importantly, when they were going to get some of their unpaid £250m back in the controversial form of sukuk bonds. “I think it’s going to be by December,” he said, with a rather nervous Antipodean twang.

But it wasn’t to be. Just before the new year, the company announced that it wasn’t going to issue the sukuks, a form of Islamic bond, in 2010. It had only secured the agreement of 91% of its creditors to its repayment plan, 4% short of its target. For those who lined up in the awkward coffee break after O’Donnell’s speech to ask where their money was, this is just the latest chapter in Nakheel’s long-running saga
(see Timeline, page 22). Now the signs are that some kind of sukuk issue might not come until at least March. Although some consultants are beginning to dip their toes in Nakheel’s waters once again, many have decided to burn their bridges.

The world woke up in November 2009 to find that the booming emirate they had invested so much in was on the verge of defaulting on its debts. Only a bailout by neighbouring emirate Abu Dhabi - which has the oil reserves Dubai lacks - saved it from going over the edge. But a delay in repayments by Nakheel’s parent company, the state-backed Dubai World, meant that
UK consultants were initially left £500m out of pocket.

Getting creditors to agree to wait for billions of pounds was always going to be difficult. The negotiations started badly. Nakheel was perhaps over-fastidious in checking that companies were actually owed what they claimed, says one senior source in a UK engineer, and this slowed down the process and created some bad blood. “There is an enormous bureaucratic process to get the debt ratified - spreadsheets that you aren’t sure are necessary,” the source alleges - although, to be fair to Nakheel, it could have been an attempt to prevent a claims free-for-all. The developer told Building these negotiations were “confidential”.

Staff churn at Nakheel following the crash also made it more difficult for companies to communicate with the developer, says the source. “Before the crash they were pretty easy to deal with but after the meltdown you had to deal with lots of different people. You try to find out what’s going on and it’s moved to someone else.”

Since Nakheel last April announced its plan to pay off creditors 40% in cash immediately, and 60% in sukuk bonds that would pay a return of 10% a year and become redeemable in five years, progress has been made. In October, O’Donnell said that 85-90% of creditors by value had signed up to the sukuk plan, a figure that had edged up to 91% by the end of December. Who is holding out is unclear, but the bulk of creditors are thought to be contractors.

David Yaw, Halcrow’s regional director for the Middle East, says that the remaining 4% are likely to be either smaller creditors yet to sign on the dotted line, or a single bigger creditor still putting up a fight, and unlikely to be looking for more business with Nakheel in the future. “When we met with senior executives at Nakheel, I didn’t get the feeling that they were holding back anything horrible,” he says. With most people signed up and with limited options to go through the courts, most working in the region believe it is a question of when, not if, Nakheel issues the sukuk.

Yaw says the Nakheel top brass’ assurances that the bond would be issued in the first quarter of the year seemed genuine: “We came away from the meeting thinking that what we were being told was in good faith.”

British consultants, however, are relatively powerless to force Nakheel’s hand, and most signed up to the deal relatively quickly. The comparatively small size of debts to UK consultants - still about £250m, according to the Association for Consultancy and Engineering, out of a total of $10.5bn - and the fact that Nakheel will probably, one day, be a developer to be reckoned with once again, means that nobody canpress too hard for the money they are owed.

Trust in Nakheel is returning, but at a glacial pace. About eight projects, stalled since the crash, have been restarted in Dubai. One head of a UK engineer in the region says that confidence is returning because “contracts are being paid promptly”.

Where the power lies

But others would not work for Nakheel again unless payment structures change. One senior UK engineer says: “We were offered more work by Nakheel 6-7 months ago but we rejected it because they wouldn’t pay up front. It could just have been to keep us happy over the debt situation.”

“We always try to minimise risk and avoid this problem as much as possible by asking for money up front and not stretching beyond our agreed credit levels,” says another. Nakheel has started courting firms to work on a small but secret waterfront project, but has been rebuffed by at least one UK engineer.

The balance of power in Dubai, then, has changed, with more due diligence of clients, and consultants more willing to walk away from projects when they aren’t paid. “People will demobilise much quicker,” says Simon Harden, chairman of Waterman International. “Clients now know it isn’t an idle threat.”

Dominic James, of consultants’ organisation British Expertise, has seen signs of humility in how Nakheel presents itself after the crash. “They are more transparent, more humble, if you like. Their PR is more nuanced. They are licking their wounds, really.”

Nakheel declined Building’s request for an interview with either O’Donnell or its chairman, Ali Rashid Lootah. In a statement it said: “Negotiations are currently under way with all creditors … The sukuk is expected to be issued in the first quarter of 2011.”

The Nakheel saga has left UK consultants and contractors hundreds of millions of pounds out of pocket, and the end date is not set in stone. But as some engineers who were not caught out ask: shouldn’t companies have been suspicious of a developer intent on building an island complex in the shape of the universe for 200,000 people? In the boom times anything seemed credible. With austerity realism has made a return - but at one heck of a price.

﻿What is a sukuk?

﻿UK consultants with debts in the Middle East

Nakheel reveals plan to pay creditors 40% in cash, and 60% in sukuk bonds

Chris O’Donnell, chief executive, says Nakheel is “targeting the end of the year” for the sukuk

Nakheel says it has reached agreement with 91% of creditors, and expects to agree with the remaining 4%
in the first quarter of 2011