Dark satanic mills were once, in fact, exuberant celebrations of technology and design. Now Cabe’s new guidelines on power stations and waste facilities will try to put the architecture back into industry 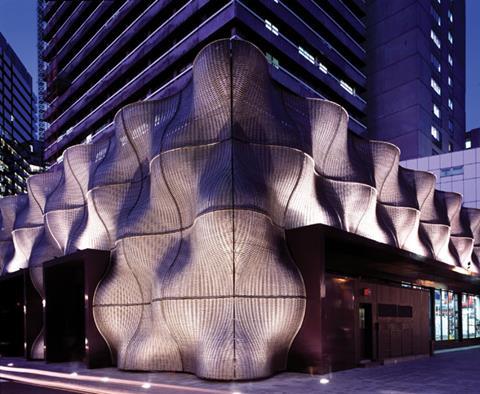 Boiler Suit, Guy’s hospital, is encased in 108 curved panels of woven, perforated metal, which create an undulating surface that entirely conceals the flat concrete box underneath

There can be few more unglamorous buildings than power stations or waste plants. Notions of smoking chimneys, pungent odours and inhuman scale linger stubbornly in our collective consciousness and have helped condemn these buildings to social quarantine. From the mid-20th century, as our reliance on a consumer lifestyle grew, so too did our disdain for the energy facilities and waste infrastructure that made it possible. The perception persisted that these buildings were firmly in the domain of industrial engineering - not architecture. This left the door wide open for poor design and insensitive location, which further ostracised these buildings from the very population they were built to serve.

This was not always the case. In the 19th century power stations and waste facilities epitomised the Victorians’ obsession with industrial expansion and innovation. They became proud civic emblems of a flourishing civil infrastructure and, critically, they were conceived as monuments to architecture as well as engineering. This holistic design approach was still applied as late as the forties and London’s Battersea Power Station and the Tate Modern stand as totemic monuments to an age when power stations were as much a function of architecture as offices or hotels.

So how can we rediscover this relationship between industrial buildings and good design? Cabe has one or two ideas and has just published a report that looks at the building design challenges for waste management facilities, with key guidelines on delivering good design for buildings in the industrial infrastructure sector.

Its provisional recommendations can be summarised thus: the early involvement of the architect from the start of the scheme; the use of visual impact assessments to help integrate proposals into the local context; pursuing of a positive and unapologetic industrial aesthetic; high-quality detailing and materials; sustainable design; and the incorporation of visitor centres and public education facilities. Throughout, Cabe insists, each plant must have “high aspirations”.

This advice is certainly clear and concise enough to provide the policy framework and industry consensus required to deliver strategic change. It is also appropriately ambitious, setting the high quality design standards that have long been associated with more common building typologies. But how easy will these recommendations be to deliver in a sector where engineering - and not design - remains the driving priority? And more importantly, will they really help reverse the squalid design standards that have characterised power and waste plants for decades?

In very recent years things have started to change. A new generation of pumping stations and power plants is helping to re-establish design at the heart of our industrial infrastructure. The Olympics has provided a host of opportunities, not least in the delivery of the vast amounts of energy required to power the Games and the virtual new city being built around them. The site has emerged at the forefront of innovative new design in this sector, buoyed by the rich historic legacy its local industrial context provides.

The increasingly high profile of sustainable design - an area that had virtually no strategic presence 15 years ago - has also forced designers of waste and power plants to adopt a more sensitive environmental approach. The government’s commitment to increasing our reliance on nuclear energy, an industrial brand whose public image remains toxic, has also provided new opportunities to reinvent the design approach in this sector.

Thomas Bender, senior design review adviser at Cabe, seems optimistic about the future. He admits the path to improvement has been “slow” but it is encouraged by the fact that the waste management sector is a “big, emerging market with plenty of new proposals and lots of opportunities.” Here we take a look at some recent schemes and assess how they measure up against Cabe’s new recommendations.

Heatherwick Studios
Guy’s hospital in London Bridge has the unusual distinction of being the second tallest hospital in the world, only losing out on the top spot in 1990. Unfortunately, little else about its architecture is remarkable and it retains some of the bleakest and most aggressive examples of seventies concrete brutalism in London. Until 2007, the same applied to its boiler house, a concrete bunker beside the main entrance, described by staff as an “eyesore”.

Heatherwick’s solution was to encase the block in a sinuous skin of woven, perforated metal. Its 108 curved panels create an undulating surface that entirely conceals the flat concrete box underneath. On only one elevation is the cladding stripped away at ground level and replaced by full-height glazing to reveal the industrial machinery within. At night, the dimpled mesh is lit to surreal effect.

Although this project pre-dates Cabe’s guidelines, it complies with many of their recommendations. Boiler Suit is both decorative and industrial, embracing dynamic design to create a building that operates as much as an urban landmark as it does an industrial facility.

At a cost of only £2.7m (which also included a wider masterplan to improve way-finding and public realm across the campus), it also represents a relatively inexpensive retro-fit solution to a formerly dilapidated industrial building. Its one flaw - alleged poor finishing and damaged lower sections - may well appear to be at odds with Cabe’s insistence on high-quality detailing. But Boiler Suit proves aspiration is the key to all good architecture, regardless of function or typology, and it remains an inspirational example of what is possible when creativity is applied to industrial buildings. 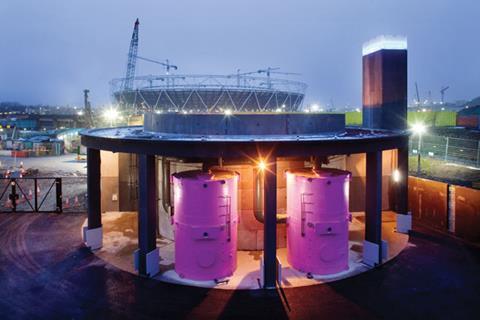 John Lyall Architects
The Pudding Mill Pumping Station is situated in the new Olympic park in east London. It connects the new sewer system built for the park to the nearby Victorian Northern Outfall Sewer, but is also a stone’s throw from one of London’s greatest monuments to civil engineering, Joseph Bazalgette’s Abbey Mills Pumping Station of 1864. With its byzantine decoration and ornamental metalwork, it is more palace than pumping station and is an exhilarating Victorian collaboration between architecture and engineering.

This is exactly the kind of pioneering spirit that John Lyall Architects sought to capture at Pudding Mill. With its bold, circular shape, (generated from the form of its underground shaft) and tall ventilation tower, there is a clear intention to craft an architectural language inspired by the functional aspects of its engineering infrastructure. This kind of assertive affinity with an industrial aesthetic is one of Cabe’s key recommendations. As is a commitment to public realm, deftly realised here by the decorative relief pattern cast into the pre-cast concrete panels of the outer wall. This pattern is inspired by Bazalgette’s engineering drawings, a historical reference that also helps ground the building in its local context.

As Neil Young of John Lyall Architects explains: “The pumping station is about contributing to public realm, restoring civic pride and reconnecting with the Victorian tradition of configuring these industrial building like cathedrals.” Young also maintains that this need not be delivered at exorbitant cost, “yet it can deliver a real value throughout the building’s life.” 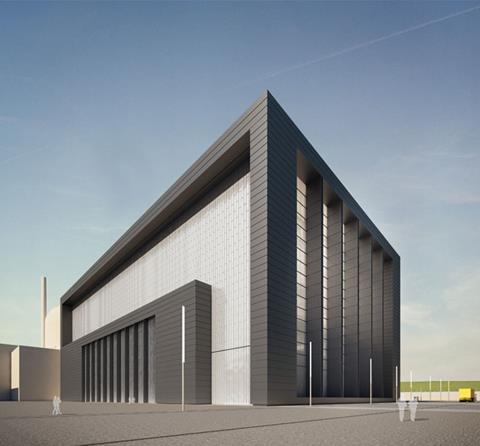 YRM
Nuclear power has an image problem. If its historic associations with nihilistic warfare weren’t bad enough, for much of the general public nuclear power stations are dystopian monoliths in bleak landscapes and desolate rural outposts. But perception is often far from the truth and a new generation of power stations is out to prove it.

YRM is a veteran of industrial infrastructure design and its previous work at the Sizewell B plant in Somerset, and more pertinently at the proposed Sizewell C and the Hinkley C plant in Suffolk show how far nuclear power stations have come.

But can a building type as technically specialised and engineering driven as nuclear power stations incorporate good design? John Clemow of YRM is convinced that it can. “These buildings are obviously engineering-led and safety, certainty and cost are paramount”, he explains. “But as well as the nuclear reactor these power stations require a whole host of associated operator facilities where ’real’ architecture can take place.”

The masterplan therefore becomes hugely important and in the spirit of Cabe’s recommendations, the proposals for Hinkley C, in particular, have carefully crafted an approach to public realm that is sensitive to the surrounding natural landscape and sympathetic in scale, form and orientation. Clemow suggests that the architect’s role here is a “champion of humanity. We can provide a human scale and vision that helps deliver coherence and understanding.” 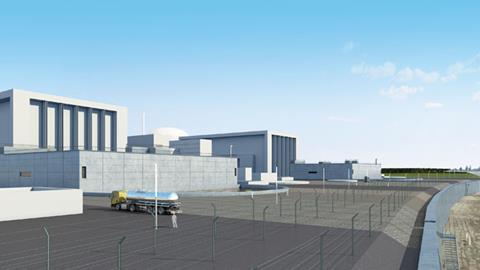