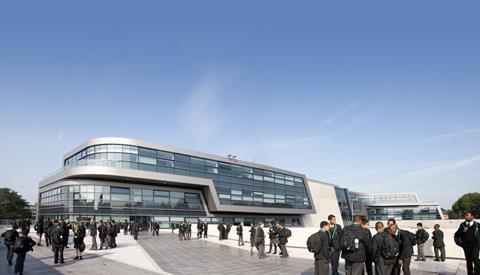 The government has given its first clear indication of how it will take the private finance initiative forward after publishing a draft project agreement for its £2bn private finance schools programme.

As Building revealed last week, the Department for Education’s (DfE) draft project agreement for the £2bn private finance element of its Priority Schools Building Programme (PSBP) is broadly based on the previous government’s Building Schools for the Future model - with the addition of some key changes.

In what could be the most significant change, the project agreement states that HM Treasury is “considering equity gain share mechanisms”, which would see the contractor sharing part of the profit it makes when it sells on its shares in a PFI asset with the public authority.

There is, however, little detail yet on the exact form this mechanism will take, but the move follows the private finance model in Scotland, where such mechanisms have been in place for around three years, and in Ireland where they have been a feature of all PPP contracts for around 10 years.

Under the new model, main contractors will no longer provide soft facilities management services, reducing the income they can expect to derive from the contracts over their lifetime.

But they will also no longer be expected to carry the risk for changes to laws, such as Building Regulations, that under the current model sees them picking up a share of the cost with the local authority.

The industry has been awaiting an announcement on the future of PFI since the government placed the programme under review last year. The outcome of that review, initially expected before summer, is now expected to be unveiled alongside the Autumn Statement
next month. 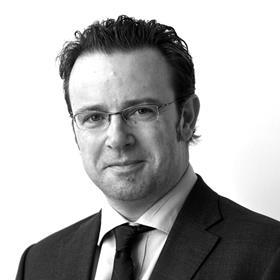 Just over two months ago, I wrote in this magazine about my aspirations for the new schools PFI model, highlighting the need for there to be greater balance between client and contractor, specifically in terms of the scope of services expected from the contractor.

This should deliver greater value for money to schools and remove a lot of the inefficiencies that used to cause tensions between client and contractor.

However, there is a sting in the tail: according to the draft project agreement, the obligation now falls on the contractor to predict the likely utilities consumption and costs of the entire 25-year term of the contract. This will prove to be a difficult task and one that could have long-term pricing implications. It could be a major risk to contractors and needs to be overcome by introducing a payment mechanism which delivers best value for money.

Nonetheless, these announcements mark a new phase of collaboration between contractors and the Education Funding Agency. We’re looking forward to further discussions with a view to bringing these projects to market quickly, in a way which will enable rapid procurement and significantly reduce costs. In advance of further announcements on PFI, what is needed is a proven formula that moves beyond a general framework and drills down into the exact details of how to procure high-quality schools for Britain’s schoolchildren. 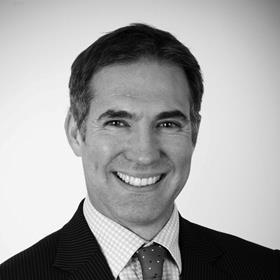 Changes in the Draft Standard Form Project Agreement are hardly revolutionary. As Building noted last week, the changes centre around a mild de-risking of the contract, thus hopefully making the deals quicker and simpler to progress.

I therefore see its impacts as drafted not being significant to either consultants or contractors. But the changes that have happened do go some way to addressing some of the problems of previous PFI projects and may set some pointers for the upcoming Treasury review of PFIs more generally.

On that point, the agreement does recognise that the Treasury may introduce new funding structures or equity gain sharing mechanisms and states that these will be incorporated into the agreement. It would be good to see some of the principles of the Scottish NPD model adopted, allowing returns of equity to be fixed with any upside retained by the public sector. Our current experience closing deals in Scotland indicates that these changes do not put contractors off bidding - at least not in the current market and with well structured deals.

The key changes centre around the omission of soft services and ICT from the contractor’s responsibility, removing the operational element and moving the model to a “design, build and maintain” approach. Nothing radical here. However, allowing schools to retain responsibility for soft services allows increased flexibility and fewer restrictions and costs in the use of the facilities out of normal hours, addressing a key issue with many previous PFI school projects. It also avoids the need for TUPE, thus removing one key area of risk - and often interminable negotiations - for contractors. Some risk to schools remains as the contractor retains responsibility for redecoration, leaving scope for conflict on the difference between wear and tear and malicious damage.

While the soft FM service is an area that is very easily benchmarked and tested, hard maintenance costs are the area that has the biggest area of risk to contractors. In this new contract, the lifecycle maintenance regime is much stronger with a clear protocol for the provision of lifecycle spend plans and data, which will help all parties understand the true cost of ownership. It will require the contractor to be much more focused on how they develop, procure and manage lifecycle. This also allows for any lifecycle surplus to be shared between the school and the contractor. While schools have relatively simple services installations, this sets a valuable precedent for the upcoming PFI review. 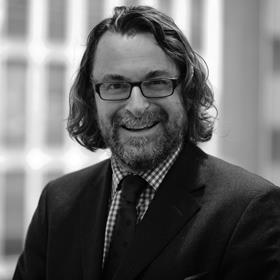 The timing of the release of the draft is interesting given the anticipated revelation of the outcome of the PFI review in December. However, the draft project agreement doesn’t give much away and raises some significant questions in its own right. Arguably the biggest issue the draft highlights in relation to the PFI review is that the Treasury is still considering some form of equity gain share mechanism but there is absolutely no detail on what that might look like.

All the ancillary, complex Building Schools for the Future arrangements are gone and there will be a single counterparty - the secretary of state for education, with the EFA as his representative. Underneath the secretary of state there are myriad interested parties but the project agreement seeks to make these interfaces the business of the local authority rather than the contractor. How this relates to the practicalities of the procurement of new schools and the part to be played by local authorities in the selection of the contractor, is not clear and obviously is going to be a key element in getting the Priority School Building Programme (PSBP) from drawing board to construction site.

The risk of capital works arising from unforeseen changes in law during operations now lies with the public sector because the contractor’s share has been withdrawn. It seems a sensible risk re-allocation and a chance to make savings for the public sector.

Lifecycle surplus is arguably the biggest and most complex issue in the new model. The approach seeks greater transparency and a gain sharing (but no pain sharing) arrangement on lifecycle surplus amounts. The draft seeks to have some or all of the surplus paid to the local authority in a termination scenario. There are a number of issues around how the lifecycle profile is applied and who really controls this.

A number of these issues track the Scottish Futures Trusts’ non-profit distributing (NPD) approach although it is interesting to note that the contract does not adopt that approach wholesale. Given that the market has developed a good understanding of that model, one is left wondering whether the wholesale approach might have been easier - it has at least been thoroughly tested by some of the players active in the Scottish market.

Overall, the consultation represents an important step forward for the PSBP - and perhaps an early indicator for the future direction of traffic for PFI.