6
Occupant feedback: Did you have a good office today?
Focus

Occupant feedback: Did you have a good office today? 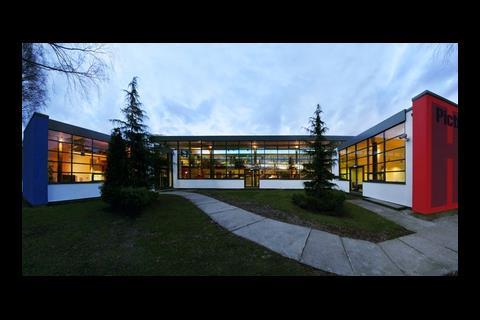 Pictures: UK Land Estates’ Picture House office in Gateshead, which underwent a post-occupancy evaluation a year after it was completed 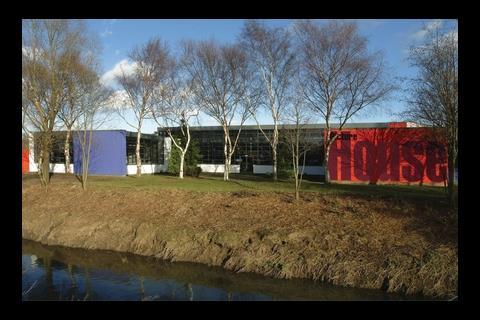 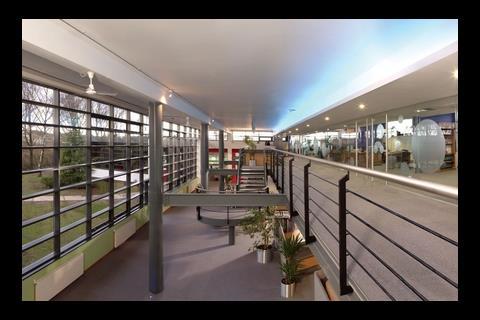 Poorly designed offices can easily demoralise a workforce, sapping productivity and profits. So the British Council for Offices is endeavouring to get designers, contractors and clients to take post-occupancy feedback seriously.

So you’ve spent the past three months working on the detailed design of a high spec office in the centre of London. The contractor is about to bring your drawings to life and in 15 months the building will be handed over to the tenants. In the normal scheme of things that might be your cue to move on to the next project. But don’t forget about it just yet – the British Council for Offices thinks you should do a little more work in a couple of years’ time.

The reason is that it has recently published a best practice guide, compiled by Swanke Hayden Connell Architects, that is intended to convince the industry that it should carry out post-occupancy evaluations. It also provides occupiers, developers and designers with practical advice on how to go about this.

With office design becoming ever more innovative, it is increasingly important to close the design loop and give architects and contractors feedback on how buildings and their systems work in practice. “Over recent years there have been momentous changes in the way people work and occupy offices,” says Richard Kauntze, chief executive of the BCO. “Offices that are not designed to meet the needs of the workforce hinder productivity, affect morale and ultimately have a negative impact on the profitability of a business.”

In the past, most contractors and designers have shown little interest in how their buildings actually perform in use and most clients haven’t wanted to pay them to do so. So considering how feedback can be added to the conventional procurement process is one of the main aims of the guide.

What’s in a post-occupancy evaluation?

Evaluations are typically carried out between six and 12 months after occupation, with responses from occupants gathered through questionnaires and technical surveys. They address areas ranging from overall comfort – temperature, noise, fresh air levels – to softer issues such as desk space, storage and location of equipment. As well as evaluating the building in particular, the data can be used to improve designs in general.

Paul Harrington, the estate director for Pricewaterhouse Coopers, says it carries out post-occupancy evaluations of its buildings six months after occupation. “It is absolutely critical that businesses sit up and realise the effect their offices can have on their bottom lines,” he says.

So how can specifiers and designers interpret the results? And how can they feed them back into future schemes?

To start with there is not a standardised survey for post-occupancy evaluation, so comparing the feedback from one building to another is not always possible. “No one size fits all,” says Bill Bordass of the Useable Buildings Trust. “We and other bodies – most recently the BCO – have been around the houses on this many times and come to the same conclusion.” The BCO guide lists no fewer than 21 recognised methodologies.

According to Bordass there are lessons that can be pulled out of most surveys and used to inform designs. A lot of the problems with buildings are almost trivial, he says, but can have unintended consequences. A typical example is where a building has been designed to maximise the use of daylight but the problem of glare has been overlooked. The result is that occupants close window blinds, turn lights on and leave it like that.

Bordass argues that the best way to address these problems is to start the evaluation process at the outset of the construction project. And even before then, designers and contractors would be far more aware of post-occupancy issues if they took some time to understand the virtues and shortcomings of the facility that the client was looking to replace.

“By doing this, members of the design team understand that they must take a personal and professional interest in how the building operates after practical completion,” says Bordass. Once it is completed and occupied, its success can be measured against these same criteria.

Another project that is looking at how to evaluate the performance of building is Soft Landings. This group, which makes use of research led by Cambridge university, has highlighted the importance of the handover period to the future happiness of the building’s occupiers. It is examining the lack of communication and feedback at this crucial stage, and one project the designer and contractor were actually resident on site during the move-in period to help occupants bed in and establish a good relationship for future monitoring.

A BSRIA project group will meet in February with a view to creating a code of practice based around the Soft Landings process; this will look at ways of matching design expectations with occupational outcomes.

Despite the increasing emphasis on off-site manufacture and standardisation in design, the reality is that the construction industry still builds prototypes that need feedback in order to determine what works and what does not. Maybe the time for a change has arrived.

As the North-east’s largest commercial property investor and developer, UK Land Estates specialises in regenerating and developing brownfield sites. Fittingly, when it came to its own offices it decided to refurbish an existing fifties building – the Picture House in Gateshead (left).
The company wanted flexible office space that would present a positive image of contemporary redevelopment. The resulting building included an open-plan office to maximise light and views, a new mezzanine floor within the central space and the use of strong colours and graphics to create a powerful external image for the building.

UK Land Estates thought it would benefit from a post-occupancy evaluation. Carried out a year after the building was completed, a range of techniques were used to gather data, including interviews with staff and a walk-through survey by experts who took measurements of environmental parameters such as air temperature, radiant temperature, humidity, air movement, illuminance and noise at each desk. Occupants were also asked to fill in a questionnaire to assess aspects of the workplace such as layout, decoration, density, window provision, furniture, breakout areas, indoor climate and workers’ personal control over the environment.

Ryder Architecture, which carried out the survey, fed the results from all its studies into a database and from it has built up a picture of what the workplace norms are for things such as physical environment and spatial layout. Against this it plotted the results for the Picture House to draw a comparison of what was working and what was not. It found that occupants rated themselves as being more satisfied with the workplace overall and more stimulated by the working environment than is usually the case.

According to Jennifer Thomas, research consultant with Ryder Architecture, there are general lessons that can be pulled out of the studies and which give a good indication of how the building is performing in general.

Feedback on the indoor climate was positive. Comparisons with industry standards found it met guidelines for average air temperature and humidity. Even though the average air movement speed and illuminance were below the recommended range and the noise levels were higher than recommended upper limits, these were not found to have especially adverse effects. “What we have found in the past is that if occupants are happy with the temperature, they are often more forgiving, but if it isn’t right then it can have a knock-on effect on overall satisfaction,” says Thomas.

Occupants liked the amount of daylight at their desks, the views out of the windows and the number of windows that opened. They were also satisfied with the amount of control they had over the environment. “Giving occupants control over their own spaces is a key consideration in the design. But if it’s not always possible, managers can make a point of continually asking occupants if they are happy with the comfort in their workspaces, and this can often make a big difference to results in satisfaction surveys," says Thomas.
The things that tend to score less well are those that are less easy to measure such as colour and breakout spaces, rather than light levels and temperature. However, the fit-out of the Picture House compares favourably with the average, in particular the decoration and furniture, which included greater amount of colour in the design, more plants and artwork. Staff were also given more choice in the selection of items such as furniture.

What could be improved?

The one area of workplace satisfaction that didn’t score highly was the amount of privacy given to occupants. One of the areas for further investigation was how to improve this while maintaining the opportunity for social interaction.

One idea for increasing privacy was to offer a cellular office to be used by occupants when they require greater privacy. Perhaps not surprisingly, those in cellular offices tended to be more satisfied with the levels of distraction. According to Thomas, taking people from cellular offices into an open plan space can be unpopular but it can be counteracted by providing improved thermal comfort.

The floor plans show that occupants have a larger floor area per person than is typical, yet social contact and density levels were perceived to be only just satisfactory. This reinforced the fact that greater efforts should be made to ensure the open plan work area did not have a negative impact upon satisfaction and productivity and that occupants should be offered some choice when changes are made to the workplace.