One year on: What have we learned so far from Grenfell? Part two

The inquiry into the Grenfell Tower breaks for a week of reflection, as today marks one year since the tragedy. In the second part of this two-part feature, Joey Gardiner highlights some of the key issues to have emerged from 2,000 pages of expert reports 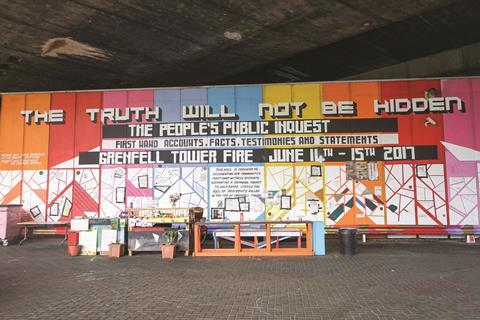 The official inquiry into last year’s tragedy at Grenfell Tower began in earnest last week with Danny Friedman QC articulating the “calm rage” of the survivors and bereaved relatives of those in blaze. The inquiry is designed to answer how, in Friedman’s words, a local authority in 21st-century London “instigated and oversaw the refurbishment of a social housing high-rise tower block in such a way as to render it a deathtrap”.

To that end, a mountain of submissions from those affected and the companies and public bodies involved in the building and its refurbishment were published last week, along with more than 2,000 pages of expert reports into the fire.

So far, we have learned that the cladding was the biggest contributing factor, and that the meaning of building regulations guidance will be determined. But what else can we decipher about likely direction of travel of the inquiry from the evidence so far?

There were multiple other construction failings

The evidence so far also makes very clear that multiple other building failures compounded the failure of the cladding system. Principal among these was the use of combustible material in plugging gaps between the windows and the building’s concrete frame during the refurbishment, which Bisby concluded was the “most likely” way the fire spread on to the cladding in the first place, and which also allowed the fire to re-enter the building elsewhere.

Furthermore, the fire stops that were supposed to sit within the cladding system to prevent fire spread were untested and “installed incorrectly”, according to Lane, while the architectural detailing at the crown of the building played “an important role”, according to Bisby, in allowing the fire to spread horizontally.

any event did not work as intended, hindering people’s exit from the building. Similarly the lift was not in accordance with current regulations, and failed to operate as a fire lift because the fire brigade was unable to locate the “firemen’s switch” to take control of it, delaying firefighting efforts, including the response to the initial flat fire. The water supply, a dry water main, was also non-compliant with both current building regulations and those in force at the time of construction.

chair of the communities department select committee, says the expert reports indicate that Judith Hackitt’s review of fire safety regulation was right to castigate the whole industry. “Hackitt’s right that the whole industry is dysfunctional. It’s right the way through the supply chain and there needs to be a change of culture,” he says. 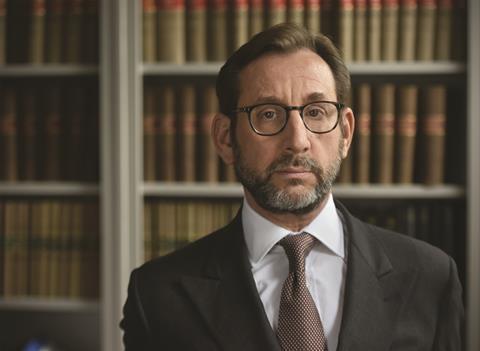 The whole construction industry is on trial

Despite an exhortation on the opening day by the inquiry’s counsel, Richard Millett QC, that the industry should not “indulge in a merry-go-round of buck-passing”, early submissions give every indication that this is exactly what will happen.

Of the few players to make substantive statements, Grenfell Tower cladding panel manufacturer Arconic has already made clear its view that its panels were nothing more than “at most, a contributory factor”, and that, anyway, “the decision to utilise the ACM PE panels was made by others”.

As previously highlighted, the G4 survivors group has claimed that contractor Rydon “suggested” replacing the specified fire resistant panels with others, but the contractor quickly responded to say this was incorrect as the procuring authority required it to suggest alternatives.

A similar approach appears to be being adopted by the public bodies involved. Kensington and Chelsea council pointed out in its submission that while it funded the project and gave it building control approval, the body running the estate day-to-day, Kensington & Chelsea Tenant Management Organisation, and contractor Rydon had legal responsibility for the project as the official “client” and “principal contractor” under the Construction (Design and Management) Regulations 2015. In addition,

the council said: “The officials who work in building control and grant building control approvals are not […] ‘designers’ of the projects that they approve” and therefore did not have ultimate responsibility for it. Meanwhile, the tenant management organisation itself, while accepting its designation as official “client”, pointed out several times in its submission how widely used similar products were in the construction industry and added: “the use of this material – or this type of material – had been contemplated since the beginnings of the project in 2012 and was visible to, and seen by, a whole range of technical and professional bodies, including those with specific responsibility for building control and fire safety”.

Many of the firms directly involved, including architect Studio E, fire engineer Exova, cladding fabricator CEP Claddings and cladding contractor Harley Facades, have been severely criticised for either making no statement at all or limiting their opening statements to brief expressions of sympathy. Some of these firms have attributed their limited input so far to a lack of access to do their own site investigations and to the splitting of the inquiry into two phases – fact finding and then establishment of culpability – and have promised further input in phase two. However, with representatives for the fire’s bereaved, survivors and relatives already calling for more matters to be considered within phase one, it is not clear if this stance will be sustainable.

Stephanie Barwise QC, representing the G4 group of survivors, said to the inquiry: “The corporates’ silence deprives the families of the degree of resolution and understanding to which they are entitled and has only served to increase their pain and uncertainty. It is inhumane to remain silent when so many seek understanding and answers, answers which are within the corporates’ gift.”

This silence has also meant there has been no response to the view, as articulated in the inquiry by Leslie Thomas QC for the G10 group of survivors, that the tragedy came about because “for too long representatives of the corporate sector have encountered a state too willing to bow to their demands […] unwilling or ill-equipped to stand firm behind the public interest in the face of corporate greed”.

Adrian Dobson, executive director at the RIBA, says: “It’s an industry on trial. All of us are on trial here.”