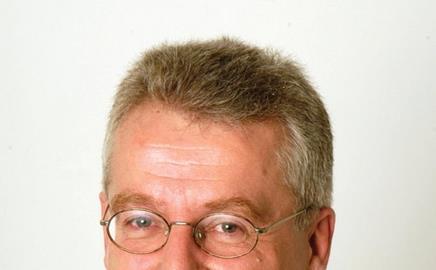 Office design is increasingly turning to the idea of collaboration – open spaces, with glass partitions and soft seating. Dean Gurden looks at a growing trend

We have probably all spent time in terrible offices in our working lives – places with little natural light, too many partitions, rows of grey filing cabinets and bosses behind closed doors. Yet few employers pay enough attention to improving the office environment for their staff.

It is a point forcefully made by Tom Jamieson, managing director of workplace management specialist Work Inc. “It amazes me that very few businesses have the same plans in place for their buildings and people as they have for growing their business. Two of the major costs facing companies are buildings and people. Most companies concentrate on their clients because that is where the revenue is generated, but they neglect to think about how their property supports their staff and their business strategy.”

But things are changing. Employers are increasingly calling on interior specialists to design office plans that will both inspire staff and maximise their productivity, as well as make the best use of available space. Central to these changes is the concept of collaboration. The 2008 Workplace Survey, carried out by design, planning and consulting firm Gensler, revealed that the most successful companies place as much importance on collaboration and socialising as on heads-down work.

“We are seeing a major reframing of how people work and therefore what the workplace is and does,” says Gary Wheeler, Gensler’s European director of workspace. “Our survey shows that successful companies are valuing a variety of work styles and activities, and use agile, adaptable office settings to enable this to happen. Companies need to do more than simply house their people in a workspace and should instead turn their attention to supporting innovation, collaboration and flexibility.”

Office designs are changing to reflect the drive towards greater knowledge-sharing, agrees Martin Atkinson, managing director of PiMS Workspace. “The whole nature of the workplace is changing and we are designing-in lots of collaboration spaces, such as soft-seating areas, where people can come together and meet,” he says.

“We are using a lot of glass to open up floors that were historically crowded with compartmentalised offices. Five years ago, a lot of companies, particularly in finance, would have had cellular offices around the perimeter of a building, which often didn’t get a lot of natural daylight. This is all changing,” explains Atkinson. “Managers are increasingly sitting in open areas, but where they do need offices they are often made of glass.”

It is still important to maintain an element of control, says Jamieson, although organisations are moving away from the large boardroom table for thrashing out ideas. “Through research we have done with office solutions provider Steelcase, it is clear the best decision-making process in a business is on average achieved by three people,” says Jamieson. “The old-style boardrooms of 20-odd people around a long table don’t work. With three, you get reasonable debate and a decision gets made efficiently. This needs to be built into the design of smaller meeting rooms and boardrooms to force staff into smaller groups.”

The fashion has been for curved desks, but they take up
a lot of space

Another trend to come in as a result of increased home and remote working is fewer desks being designed into offices. According to Atkinson, UK office space only has about a 55% occupancy rate. Sales staff, for instance, are often on the road rather than sitting at a desk, so they could share desk space with other salespeople.

“Reducing the desk count in this way frees up a surprising amount of extra space,” says Atkinson.

“This can then be used for informal breakout areas for meetings on the fly when meeting rooms are occupied. Encouraging interaction this way improves inter-departmental communication and provides a multipurpose location for other non-work-related activity.”

Even the desks that do remain are being designed to take up less space. The fashion over the past few years has been for curved desks, but they take up a lot of space, so the tendency now is to reduce the desk footprint by returning to a straight rectangle, says Jamieson. “If you are talking about 300 workstations, there is almost a 25% saving in square footage, again freeing up space for more interactive areas.”

Ultimately, it is the staff themselves who are driving forward many of the changes. People are no longer viewing prospective employers in the traditional sense of a job for life. They are looking to fill a phase in their working life, and this involves a host of different considerations, not least a sociable and fulfilling place to work.

Nobody is suggesting employers go as far as smoothies brand Innocent, which is known to lay down turf in its office, Fruit Towers, for the odd meeting. But in making the working environment more appealing to employees, firms are more likely to attract and retain better staff, and have a happier, more productive workforce.