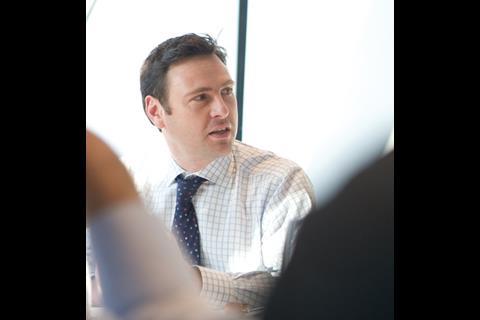 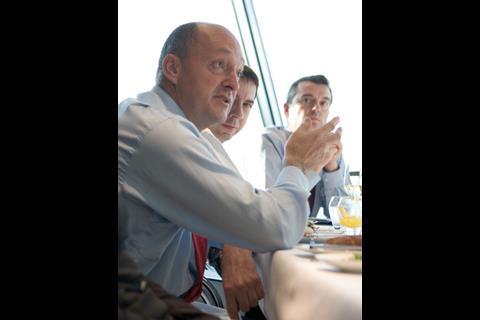 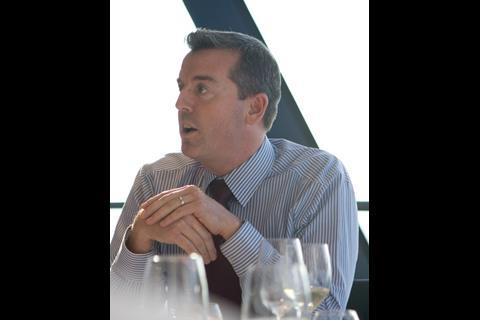 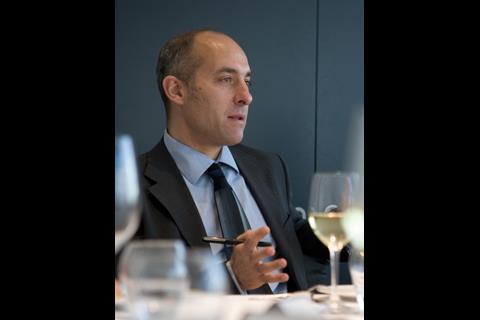 Reducing construction waste makes economic sense and is good for the environment but what should the industry be aiming for? Wrap and Building gathered together a group of industry experts to discuss whether the goal of halving construction waste to landfill by 2012 is achievable and how it might be met. Over the next three pages, we find out what they had to say

Construction waste is costing clients, end-users and the overall economy hundreds of millions of pounds a year, yet it is largely overlooked by the industry. The tide is slowly turning as major contractors and some leading clients tackle the issues. Developer Land Securities, for instance, has set a target to reuse or recycle 80% of demolition and construction waste, by weight, in 2007/08 and has an ultimate goal of 90%. Similarly, Defence Estates is acting to reduce on-site waste on its £1bn SLAM (single living accommodation modernisation) project by using factory-built modules.

How these and other examples of good practice can be disseminated to the wider industry was one of the issues occupying the minds of experts at a forum held in London’s Swiss Re building earlier this month.

An estimated 20 million tonnes of unused waste material goes to landfill each year, which, as one attendee remarked, was “down to our culture”. He added: “The UK is the largest user of landfill in Europe. For many people, it is easier to put waste into a landfill site than think about how it can be reduced.”

Our profligacy will soon be clamped down on. From March 2008, every project valued at more than £250,000 must include a site waste management plan (SWMP), a statutory requirement aimed at cutting the environmental impact of unnecessary waste. A further incentive for change is the escalating cost of landfill tax, which will double to £48 per tonne by 2010 for non-inert waste.

Influence on the supply chain

The forum was told that there were encouraging signs that the message was filtering down the supply chain. One delegate highlighted a project that had saved £300,000 in one year by the simple expedient of appointing two members of staff to be dedicated to minimising waste and sorting recyclable materials.

A similar tale was told regarding a mechanical and electrical contractor that saved £10,000 on one project purely by reducing the amount of packaging coming on site and the cost of skips to remove it.

Even so, for many organisations the issue of reducing waste has not been high on the agenda. This was put down to a multitude of reasons. One attendee said: “Waste management companies are happy to see as much waste as possible go to landfill because it is more money for them.” Another added that he “might as well have been talking Russian” when trying to discuss ways of reducing waste on a project with the architect and builder.

Also mentioned was the culture of contractors not worrying unduly about waste because it was included in their tender price and was therefore not directly going to cost them money - it would just hit the client.

Although it was acknowledged that action on waste is starting from a low base, there was general consensus that the 50% target was achievable. The only thing standing in its way was the fragmentation of the industry, a subject that prompted a variety of responses.

“We have to help contractors identify waste and show them how much it is costing them,” said one delegate. Another added: “We have to work all the way through the supply chain.” Others recommended targeted measures. “The design team has to be involved to design out waste before it gets to site,” said one, while another pointed out: “Most people respond to money – there must be a bonus or penalty system in place.”

It was suggested that construction take a leaf out of the retail industry’s book. Supermarkets in particular have made great strides to reduce the amount of packaging on produce. One delegate commented: “If we think back to three to five years ago, the awareness about waste is now a lot higher. Most retailers are vying to show they are doing more to reduce excessive packaging.” He added: “Suppliers [to the construction industry] have a major role to play in achieving the 50% reduction.”

It was also suggested that more needs to be done to encourage the entire industry to aim for waste neutrality and to “close the loop” on recycling. It was forcefully argued that driving demand for recycled materials would make recovery and recycling more economic.

One delegate pointed to Germany as a good example of where materials are collected for recycling even before demand and the processes have been developed to reuse the waste. A case in point was the way plastics were hoarded until processes were devised to turn the waste into “new” components, such as car bumpers or fleeces.

Given that the 30 largest firms represent less than 20% of the industry’s total workload, the diverse and fragmented nature of construction came in for much debate. It was deemed imperative that small and medium-sized enterprises (SMEs) were brought on board.

Bringing SMEs on board

All the delegates thought that SMEs, many of them with only five or so employees and at the bottom end of the food chain, would prove crucial in hitting the 50% target. But one comment summed up a dilemma on this: “People can understand health and safety issues because they know someone can either be injured or killed. Waste is a different matter.” He added: “A large part of the battle is getting people to understand waste and its implications. Once you get people thinking, you’ll start to get solutions.”

Nevertheless, the experts were divided on whether minimising waste should be written into contracts with smaller contractors. One noted: “Clauses in the contract can be very useful – often people don’t really know where to go to get advice.” But another delegate remarked: “If it gets down to looking at the contract, you’ve already lost the game”, and another added: “It shouldn’t be about policing; it should be about supporting people.”

There was almost unanimous approval that the onus was principally on clients, aided by the major contractors, to create a climate for change that could then cascade down through the rest of the industry. One attendee opined: “If a client makes a commitment to reducing waste, it has to be monitored.” A client attending the roundtable concurred: “The whole thing is about having good site management. If the site is well managed, then it will not only have good records, but it will also be a clean and tidy site.”

(above, clockwise from far right)

Where the waste comes from

Construction, demolition, refurbishment and excavation produce about 120 million tonnes of waste a year. Of this, about 105 million tonnes is inert material, such as concrete, bricks and excavated soil. Much is recycled as aggregates or used for landscaping, filling quarry excavations or sealing landfill sites. About 15 million tonnes is non-inert waste, such as timber and plastics. Another 2 million is classified as hazardous.

Much of Wrap's work focuses on helping the industry halve unused waste going to landfill by 2012. Wrap believes it can be achieved by adopting good practice.

Top tips from the forum on minimising waste

Educate the design team to use standard components and adopt regular grid sizes for buildings – saving time, money and waste.

Appoint a waste champion to help SMEs and show them how materials can best be delivered and used on site – less packaging, say.

Monitor the amount of wastage, so that improvements can continue to be made.

Use clear signage and colour-coded skips so that the workforce can dispose of materials in an appropriate container.

Don't look at every component coming on to site. Concentrate on five to 10 of the most used materials and formulate ways of reducing waste or recycling them.

Work with suppliers to reduce the dunnage (packaging used for bulky components) or find ways to return the dunnage to be reuse or recycled.

Bill Wright, John Lewis
"To engage the industry, there should be tax breaks – in the same way we have capital allowances for energy efficiency"

Nicholas Clarke, Bovis Lend Lease
"Clearly, waste is on our minds and we have to work out a way of meeting this new target because it is not going to go away"

Andrew Kinsey, Bovis Lend Lease
"Ultimately, the lead has got to come from the client, but the problem is that many clients will only ever get involved in one or two projects"

James Macmillan, Skanska
"If you look out of the window [of the Swiss Re], all the buildings are one-offs – if you don’t consider waste at design, construction and fit-out you will generate huge quantities"

Nicola Carpenter, Land Securities
"Everyone on site has the potential for identifying and reducing waste"


 Dr Mike Watson, Wrap
"Looking at sustainability in the round, waste is one area where we can take action very quickly… and SWMPs offer a real opportunity to put in place good practice”