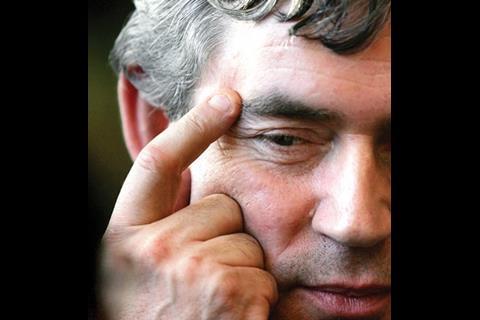 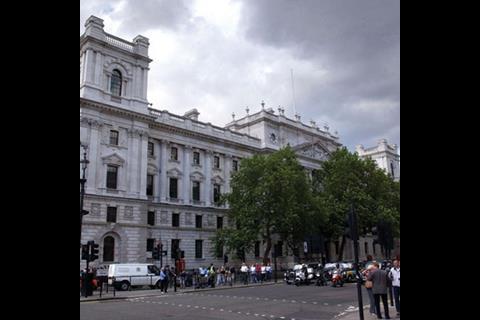 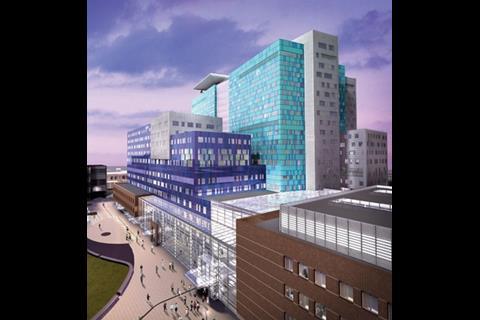 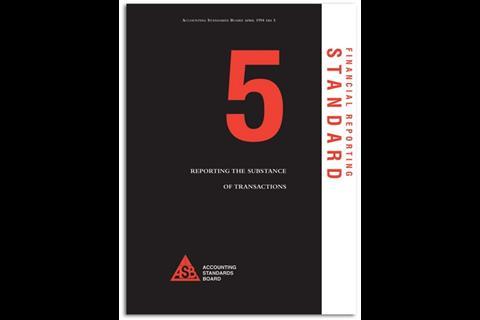 A furious argument is brewing in the Treasury over a surprise change to accounting rules that could suddenly dump billions of pounds of PFI liabilities in the government’s lap. Mark Leftly looks at what the rule says, and what it could mean for Gordon Brown

An almighty row is erupting at the Treasury. Building can reveal that rival camps are battling over an obscure, 38-page piece of accounting guidance known as Technical Note 1 to Application Note F of FRS5. The turgid title is an accurate indication of the readability of the text. Yet this document could hardly be more important: it has hidden the government’s liability for PFI schemes for nearly a decade. Now government advisers and senior accountants want the note removed, and if they are successful, they could also dispose of chancellor Gordon Brown’s reputation for economic prudence – and throw the future of the PFI into doubt.

The accountants argue that Technical Note 1 breaks one of the central principles of accountancy – that the figures provide a fair and accurate statement of an entity’s financial position. What they want is for the government to admit the real state of the nation’s finances. And if that happens, it would help increase national debt to more than 40% of GDP, thereby breaking one of Brown’s most firmly held principles.

FRS5 is an accounting rule that defines certain business transactions as either assets or liabilities. As well as PFI, this includes sale and repurchase agreements and loan transfers.

Application Note F applies specifically to PFI transactions. As these are partnerships between the private and public sectors, it is difficult to assess which party is ultimately liable for the asset – be it a school, hospital or prison. Whichever bears more of the risk – even if it is a 51/49% split – also bears the liability.

The application note was supposed to help finance teams from the private and public sectors to decide whether or not PFI schemes should be on their respective balance sheets. However, while the private sector adopted the model, the Treasury argued that the guidance was not clear enough for its civil servants, and so issued an alternative means of calculation, the technical note. What has emerged is a clash of systems wherein, in many cases, neither party has ended up with the liability. It is as if the school, hospital or prison concerned simply does not exist.

And the blame appears to lie with the Treasury’s guidance, which is accused of bias. “The technical note is regarded as a bit of bad guidance,” says one senior accountant. “It has been designed to get the right result.” The “right result” is ensuring that the government does not have too much debt on its balance sheet.

Unlike the application note, the public sector’s technical note uses something called “Monte Carlo analysis”. This is a technique that is used to assess situations that are subject to lots of risks. One of its drawbacks is that the outcomes are highly sensitive to the probabilities assigned to those risks. According to one government adviser: “If you alter the variables very slightly, it can change the outcome by 25-75%. People have been playing with the characteristics to push risk allocation so the government holds 49% of the asset. The world is not that accurate.”

Take, for example, a hospital PFI. An official acting as client for the scheme would have pages upon pages of potential risks to consider. One may be global warming. The civil servant may decide that there is a 55% chance that global warming will get worse over the course of the 30-year contract, leading to an increase in skin cancer. They would then look at whether the hospital would have the facilities to treat an increasing number of cancer patients. If the terms of the deal state that the public sector has to provide the private sector consortium with additional funds to handle such a crisis, that indicates a significant risk for the government. So, the official may be tempted to decide that, actually, there is a 45% chance that skin cancer cases will rise, making it less risky for the government.

Under the application note, the private sector uses a far simpler risk assessment system, which is far less sensitive to such minor adjustments. It looks at what is known as “demand risk”. For example, the hospital is built, but nobody uses it. It boils down to which party ends up paying for a failure.

At its next meeting on 12 February the Financial Reporting Advisory Board (FRAB) will almost certainly recommend the removal of the technical note, in time for the implications to be assessed ahead of the summer’s Comprehensive Spending Review.

Although FRAB has no formal authority, it is the Treasury’s appointed source of accounting guidance and its members include some of the country’s leading experts, such as Ian Mackintosh, the chairman of the Accounting Standards Board. As a result, the Treasury is compelled to listen to its views.

There’s a whole stack of people out there – Gordon Brown-type guys – who say: ‘We like it, don’t touch it’

A Whitehall source on treasury support for off-balance sheet PFI's

The Treasury is to put its own views to FRAB at that meeting. It is not entirely clear what it will say, but there is certainly a strong will among many to keep the note. “There’s a whole stack of people out there – guys looking after the rule, Gordon Brown-type guys – who say: ‘We like it, don’t touch it.’,” says a Whitehall source.

The rule refers to Brown’s insistence that national debt should not be greater than 40% of GDP. The chancellor inherited a debt of 44% in 1997, but within five years it was down to 30%. That was one of his great achievements. But debt is on the rise. It is currently £504bn, or 38% of GDP. Keep that figure in mind – it is why the argument will really heat up.

At first, the Treasury will probably appear to succumb to the recommendation, especially since it also hopes to converge with international accounting standards, which demand that all PFIs be on balance sheet. For now, though, departments will assess future PFI transactions using the same model as the private sector. This does not mean that all PFIs will become public liabilities, but nobody doubts that they will be far more likely to end up there.

This could spell the end of many PFIs. Civil servants will be much more reluctant to use the procurement route if the money comes out of their budgets. A source working on the Treasury’s action plan says: “The Treasury is considering the impact of withdrawal of the note and the impact on schools, hospitals and roads. It’s not just the Treasury – accounts departments at all major spending departments are looking at it.”

For the Treasury, the real horror will be if the removal is enforced retrospectively. Hundreds of schemes would have to be reassessed, at a cost of anything from “a few tens to several hundreds of thousands of pounds” and might take two or three years to complete, according to one PFI expert.

Some staunch defenders of PFI argue that this will have little impact on national debt. They are fooling themselves. While the subjective nature of much of accounting will always result in a few schemes that end up on neither the public nor private sector’s accounts, these will now be anomalies. Many will be on balance sheet.

Last year, four firms were appointed by FRAB to look at three case studies – a school, a prison and a hospital – provided by the National Audit Office and the Audit Commission. The firms agreed that the removal of the technical note would result in the prison and school going on to the balance sheet; opinion was divided over the hospital.

So, far from having little impact on national debt, a £250m PFI scheme that was previously off the government’s books could bring, say, £70m of liabilities straight away. The cost of building it might be £50m, and the other £20m would have paid for the first few years of operation. The £180m remainder would be written in as it is spent over the length of the contract.

It would take about £25bn to push debt over the 40% threshold. It is nearly impossible to estimate just how much will come on balance sheet owing to the rule change, but it should be a few billion, according to a source close to the Treasury. To give an idea of the calculation, at the moment, barely £20bn of PFIs are on balance sheet, less than half the total value of deals. As debt is already rising to the 40% figure, an influx of PFI liabilities would be likely to take it over. A member of FRAB warns: “If looked at retrospectively, it would certainly impact debt. There is a legitimate concern, though it’s not bound to happen, that this could break the rule.”

“It’s quite possible that a significant proportion of PFI should be on balance sheet,” says a senior accountant. “Although Treasury statements suggest people should make the best value decision, in practice lots of people feel under pressure to get the project off balance sheet, feeling that they wouldn’t get it off the ground otherwise.”

The FRAB source says that it is thought the Treasury will try to delay a decision over retrospective accounting, and admits that just getting the note removed on future PFI decisions is the immediate aim. However, it is likely that on 12 February FRAB will recommend that existing PFIs be reassessed. If it does, the Treasury will have to take a decision sooner or later.

And then Gordon Brown or his successor will have to choose between two no-win options: take a hit on national debt and his reputation for competence or be accused of playing fast and loose with accounting standards – and the nation’s finances.