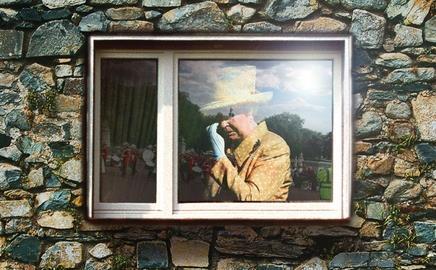 In the first of a three-part series on the government’s consultation on Part L, will forcing historic buildings to adopt energy efficiency improvements, such as double glazing, do more harm than good?

You’d think it would be hard to find anyone who thought improving the energy efficiency of existing buildings was a bad idea. Yet there is one sector of the industry that looks upon it as very much a secondary goal. They’re the conservationists, and they have greeted the news that historic buildings may no longer be exempt from the increasingly onerous Part L of the Building Regulations with dismay.

Of course, if you know your Building Regulations, you’ll be aware that they already require energy improvements to be made to historic buildings undergoing renovation. However, the 2006 Part L included some last-minute wording copied from the European Directive on the Energy Performance of Buildings that introduced the exemptions for listed buildings, buildings in conservation areas, ancient monuments and churches.

Now, buried deep in the small print of the government’s 800-page consultation on Part L launched earlier this month, comes a proposal to scrap this exemption, and replace it with “specific guidance in the Approved Documents as to where special considerations apply, and how to arrive at an appropriate balance between heritage and energy conservation”.

The upshot of this is that the type and extent of energy efficiency improvements that take place when a historic building is being refurbished would be decided through negotiations between the local authority’s conservation officer, building control and the project team. Additional guidance will be given in the Approved Documents to help them arrive at the right balance, but designers won’t be able to rely on the building simply being exempt.

English Heritage has already said it will almost certainly look for the exemption to be retained. Chris Wood, head of building conservation and research at English Heritage, says a survey of local conservation officers showed unequivocal support for the retention of the exemption, with 88% saying that exemptions had been widely used in their local authority and 87% saying that its removal would make a significant difference to the way historic buildings are dealt with under Part L.

According to Wood, the current use of the exemption in the Approved Documents brings clarity and encourages building control bodies to consult with conservation officers and come up with a sensible solution. “It makes it clear that building control officers should take the advice of conservation officers. The danger of replacing this with ’special guidance’ means it becomes woolly, and while most building control officers will sit down and come up with a sensible solution, there is the danger that by just relying on special guidance some might push through changes that could be damaging to the building fabric.”

Robert Adam of Robert Adam Architects says the wording of the proposals is both meaningless and capable of creating a legacy of damaged buildings. “It becomes a matter of discussion between the planning officers and conversation officers, which is frankly a nightmare,” he says. “Any opportunity to have something that isn’t definite and has to be discussed between officers is likely to cause serious delays and it’s the clients who suffer.”

English Heritage describes a historic building as one that is listed or in a conservation area, or that is of local architectural or historical interest. There are just over 370,000 listed properties in the UK, most of which are grade II-listed, and about 38% of which are homes. On top of this there are over 9,300 conservation areas in England, encompassing homes, commercial, public and industrial buildings.

Robert Ayton, head of design and conservation at Westminster council, questions whether these figures are significant enough make it worthwhile to lift the exemption, particularly on listed buildings. “I tend to think that it’s getting the whole issue out of proportion because, as a percentage of the total building stock, listed buildings are very small and one could take them out of the equation completely.”

The term ’special guidance’ is woolly, and may mean building control officers push through changes that could be damaging to the building fabric

Ayton says a lot is already done to improve the environmental performance of historic buildings, but suggests that attention should be concentrated on unlisted Victorian terraces, thirties semis and sixties tower blocks. “I’m not saying listed buildings shouldn’t be upgraded but they should only be upgraded without damaging what’s important to them. Otherwise, what’s the point?”

One of the things that concerns Ayton is that the single biggest win when it comes to improving the energy efficiency of existing buildings – the building envelope – can also be the greatest source of harm. He says: “Where I do think it might be more difficult is, say, where there is an insistence on putting double-glazed units in listed properties, which can harm the appearance. In a listed building we would say you should stick with the single-glazed windows.”

In an unlisted building this doesn’t matter so much as long as they look the same as the originals, even if it’s a conservation area, he says. “But we do have a problem where it is PVCu or aluminium windows in a situation that is inappropriate.”

Insulating roofs and walls can be done with relatively little harm, but walls represent a more tricky challenge. Ayton says that a lot of Westminster’s grade II-listed buildings have well-preserved interiors that could be seriously affected by any need to put internal insulation on the walls.

John O’Brien, principal consultant of refurbishment and regeneration at BRE, is researching measures that can be put in place to improve older, hard-to-treat buildings. These are defined as those that can’t accommodate staple or cost-effective fabric energy efficiency measures. There are 9.2 million hard-to-treat dwellings in the UK – 43% of the total housing stock. The type of building fabrics range from stone-faced and solid brick walls to prefabricated concrete and even cavity walls. O’Brien is trialling exotic products such as aero gels – a very thin super-insulation product – vacuum glazing and a host of methods to improve airtightness, measuring the buildings before and after to see how cost-effective the improvements are.

He admits this can be a problem. Old buildings tend to have porous walls and if an insulation material is added that acts as a barrier, it can affect the wall’s ability to breathe and regulate moisture levels. If moisture becomes trapped in the wall it can lead to damp and structural damage and also affect the wall’s thermal performance. Insulation materials need to be compatible with the wall materials and allow it to still “breathe”.

Instead, O’Brien argues for a compensatory approach. If a wall can’t be brought up to full Building Regs standards because it has historic features, then measures should be put in place to compensate for it elsewhere. He suggests adding more insulation to the roof or a rear wall beyond the requirements of the regulations, or improving the heating systems by plugging the building into a district heat network, installing a biomass boiler or purchasing “green” electricity.

There has always been an allowance for not meeting the Building Regulations because of the historic status of the building, so should people still be able to opt out?

O’Brien says not. “Not everyone can afford the bills who live in these Victorian and Georgian properties or grade II-listed buildings, and a lot of local authorities don’t want to offload them because they have borrowed against them. A large house might be knocking out 13.5 tonnes of carbon dioxide a year, if we halve that, it’s nowhere near to meeting Building Regulations but it is a huge saving”.

Original print headline: 'Could this be curtains for the Windsors' windows?'