Paul Wilson: Standing out from the dark

Whatever the fate of its stricken Irish counterpart, Sisk UK is determined to beat the recession with an ambitious strategy of expansion. Managing director Paul Wilson explains how he plans to make it work. 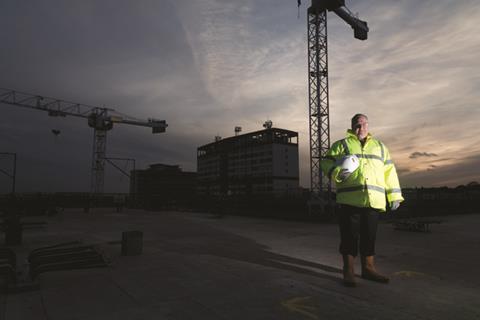 What a difference the Irish Sea makes. Sisk, Ireland’s largest contractor, is in pretty dire shape right now. Indeed the group reported a massive 56% fall in pre-tax profit to €10.5m in 2009 - thanks to a combination of lower turnover, increased bad debts and other exceptional items. But it’s a very different story for the contractor’s UK arm, which looks set to keep on growing.

Paul Wilson, Sisk UK’s managing director, explains that over the last 12 to 18 months the business has combated the recession by following an ambitious expansion plan targeting hotel, commercial and residential schemes, plus major UK infrastructure projects, particularly in the energy sector.

Two years ago the average value of projects being won by the UK arm was about £12m. This all changed last year when the group picked up a string of major schemes, including the Olympic athletes village, worth £78m, a £45m Pembroke power station contract and a massive £500m contract for tunnelling works on Crossrail, a joint venture with Spanish construction firm, Dragados. Winning these large-scale jobs has led to the group’s staff figures growing steadily from 370 in 2010 to more than 500
at the start of 2011. 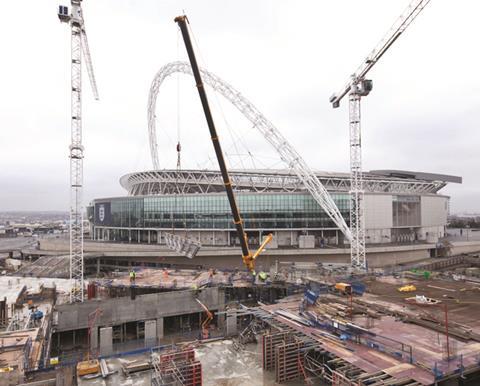 The athletics village deal is worth £78m to Sisk

“Through investing and expanding throughout 2009, our turnover figure will go from £170m to £290m,” says Wilson. “In 2011 we are expecting that to grow to £360m.” It remains a pretty bold target considering the business suffered badly post-September 2008 - a result of having too many eggs in the private sector basket - when turnover fell by at least £40m. But Wilson is convinced that the firm’s expansion strategy will get it to where it wants to be, even in the face of recession-induced challenges such as tougher clients and underbidding.

Wilson, 55, says that looking ahead and diversification have always been at the heart of Sisk’s strategy, both in the UK and Ireland: “We are 150 years old,” he says. “And we are now in the fifth generation of Sisk ownership, so the management takes a very long-term perspective.”

We have been affected by the recession in Ireland. But we decided we had to either pull down the shutters and weather the storm, or grow

He adds that this, in part, has been one of the reasons the firm was pushed to expand and diversify as early as 2005, lessening the potential impact of the dire straits Ireland now finds itself in. “Sisk didn’t jump into property as many of the Irish contractors did,” he says. “It was felt in 2005 that the Celtic Tiger couldn’t continue forever and therefore the entire business shouldn’t be wrapped up in construction. After a lot of thinking, it was decided that if there was one business that is counter-cyclical to construction, it was healthcare, and so the Irish business set off on an acquisition route buying into healthcare companies. Now we have five companies trading under the Sisk healthcare banner operating in the UK and Ireland doing everything from making artificial joints to making hospital and theatre equipment. And from a profitability point of view it has been very strong.”

But what about his plans for the UK? Sisk’s UK business, while independent, has close ties with the Irish parent company. But Wilson says this autonomy wasn’t sufficient to protect the UK business from the meltdown in Ireland in the first instance: “It will be a really long road to recovery in Ireland,” he says. “And clearly we have been affected by the recession there but we decided we had to either pull down the shutters and weather the storm, or grow.” And grow they did.

By mixing UK and Irish expertise, they increased rather than decreased capacity - something Wilson expects to grow by a further 10% this year - and swiftly won a number of major projects including £90m Wembley mixed-use development with Quintain (pictured below) and the £45m Runcorn waste-to-energy plant. Wilson explains that the expansion has been focused on key anticipated growth areas, namely infrastructure, hotels and commercial and geographical hotspots such as Poland, where the group has set up a civil engineering operation, Dubai and Abu Dhabi.

“In the UK we introduced a new civils business in 2010 to pick up work in this sector,” he says. “We’re looking to grow our rail business and we have also just introduced an energy and industrial process business unit that means we have been able to pick up a couple of major energy projects. There has been a woeful level of investment in this sector over the last 30 to 40 years and that gap now has to be filled. We’ve got pretty good experience on renewables; we are building two waste energy plants and we have two wind farms under way. The energy pipeline is very strong - in excess of £400m.”

How about nuclear? As a widely anticipated growth area surely Wilson is all over this sector as part of his quest for successful expansion? “It’s a very difficult area in which to get qualified,” he says. “But we have pre- qualified and we’ve got a tender in at the moment for the first phase in works at Bradwell. But there is a lot of preparation work to be done to establish credentials.” 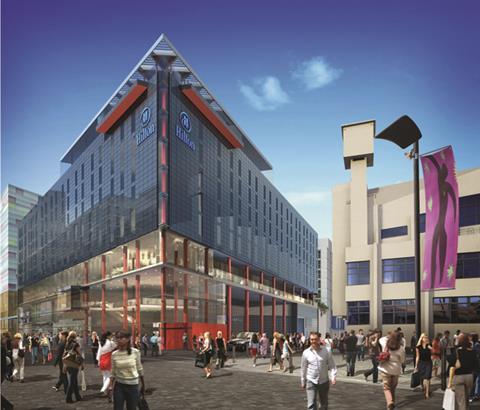 Hotels are a key growth area for Sisk

For all the positive plans to move the business forward and expand, Sisk has certainly not been immune to the problems brought about by the market. Wilson says that underbidding and dealing with tougher clients are two major issues the group has had to face.

The trick really is to follow people who have access to cash and look at clients who are cash generative. It is all about funding

“Underbidding has been a big problem and I think that there is probably some follow on of that to come as subcontractors are creaking in certain areas in terms of cash flow. But the trick really is to follow people who have access to cash and look at the clients who are cash generative. It is all about funding.

“And it has absolutely become a client’s world out there. The whole business about having to pre-qualify, and the fact that the amount of work we now do at pre-qualification is probably as much as we used to do for tenders demonstrates that. You have to be very competitive. Unfortunately what you have at the moment is some clients rushing through tenders in far too short a period, and actually then we are not as interested. We need to have the time to bring the right level of resource to the proposal. From a client’s point of view, this needs to change as I don’t think that they are getting value for money.”

Despite the many challenges, or because of them, Wilson is happy to be where he is. He puts this - as well as Sisk’s overall success - down to the fact that it is a family-run business: “I was at Laing before joining Sisk in 1985 and coming to a small business taught me that I didn’t want to be just a number anymore, which is how things were at Laing. There was, and still is, a definite family feel to this business. And I think that makes a huge difference.”

What would Paul Wilson take with him to a desert island if he could only choose one for each category?

Book A long one, like Lord of the Rings
Song Won’t Get Fooled Again by The Who
Luxury A computer with internet access
Person My wife
Dish A steak, well done
Drink Old Speckled Hen