‘Perversely, some see us as a burden’ 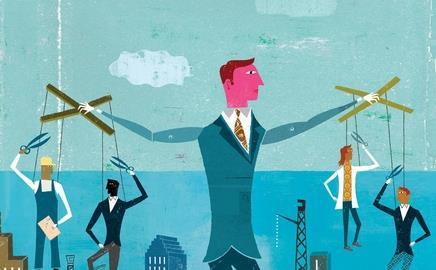 Project managers are the fastest growing force in construction but also one of the most divisive. Do they expertly pull the strings or tangle projects in knots? Stephen Kennett canvassed the opinions of some well-placed, if occasionally exasperated, observers

The rise of the project manager seems relentless. In Building’s most recent ”Top 250“ consultants’ survey, it was the fastest growing discipline, with 5,680 chartered project managers employed by the top 50 firms in this field, an increase of more than 50%.

But talk to people in the industry and there seems to be confusion about what exactly their role is. There is also something of a love-hate relationship between the members of the construction team and those charged with the responsibility of bringing the project in on time and on budget. Over the coming months we’ll be exploring some of the big issues in project management, but in the meantime we ask those in the industry what they think the project manager’s role is and whether it adds value. We also canvass the views of two of those in the hot seat (see below).

Project management is a rather abused and overused title and doesn’t mean much to many people. I’m from the school that says project managers still have a huge amount to offer. What is interesting is that the role of contract administrator seems to throw up the same set of difficulties for project managers that it used to do for architects.

The curious thing is that for years we did without them and we as architects did what they do now, which does make you wonder. Good ones can make a real difference and add value, bad ones can be a real drag on a project. One thing I do have a bee in my bonnet about is that they should be trained in how to chair meetings: they have an obligation to be good at this. Meetings can have long agendas and can be very boring – you need to be able to run them while exercising a certain amount of wit.

The biggest issue is that a lot of project managers come into the industry without experience of the construction process. I suppose a good one will act as an arbitrator between members of the team with different roles at various stages of the project. Where the process falls down is when a project manager is appointed who doesn’t have the experience and knowledge of how a building goes together. But if it works well, project managers play a vital role in the process.

Most clients need assistance when it comes to dealing with a project, particularly as they are becoming increasingly difficult. The problem is that project managers frequently intervene between us and the client. They get in the way and deny us the information we need to take the design forward. At their best, they can drive the project along and take some of the workload off us, but all too frequently they are people we have to work around. At worst, they divide and rule.

The client-appointed project managers who work for Stanhope, British Land and Land Securities are very good. What makes them good is that they are working for the end-user or the owner of the building. They are party to the client’s decisions in terms of who the end-user is, which enables them to make the right decisions.

We’ve had a mixed experience. In some cases they add value. In others they are just somebody else to send paperwork to.

Often it is not clear at the outset of a project what they have been appointed to do. A good project manager is one who is proactive, not one who badgers you for the sake of badgering and only to justify their existence. One who has the respect of the design team and acts on the authority of the client.

A project manager is someone who manages the client’s expectations, the design brief and the design team interfaces, and then delivers the project. If managed correctly you get a good united team with strong client relationships that delivers the project on time and to budget. A truly skilled project manager – and this is something really lacking in the industry at the moment – is somebody who isn’t just a minute-taker but is able to motivate the whole team to move in the same direction, while managing the client.

Project managers come with an amazing variation in competence, from worse than useless to brilliant. With some of them you wonder who has certified them as competent.

The best ones are good communicators, understand team roles, set clear, achievable targets and get the best from consultants and contractors for the good of the job. The worst ones leave you to guess what they are thinking, set deadlines without understanding the work content, rely on fear to control rather than enthusiasm to motivate, fail to communicate and add confusion to the project.

There is a common misunderstanding that project managers are heavily involved in the construction phase, which isn’t always the case. Clients often seem confused over the role of the contracts administrator on the job and that of the project manager. For an inexperienced client, a project manager can act as a buffer, but when appointed as a contracts manager the client is often a lot more hands-on. In the vast majority of cases they add value, whether it is in cost savings or delivering it to programme. This is where they really earn their money.

Project managers break the project down into manageable packages; they also bring the project in on cost and quality. Where project managers really add value is if they get the specialist contractors in as early as possible and identify the risks between the trade interfaces early on. Their success depends on how well they understand the risks and tackle them. Where they fall down is when they do not dedicate enough time to dealing with a project at the early stages when it’s still on the drawing board.

Appointing a project manager recognises that management of the overall process is key to the success of a project. Historically – and unlike in most industries – project management is something that has been tacked onto the design and technical responsibilities of the architect and the engineer.

Some of the key benefits are that it provides leadership and focus for the project team, ensures that the structure of the project is clear and understood by all parties and ensures that all risks are properly identified and managed.

Keeping the project on track

We act as a catalyst. We bring together the right team for the job and to meet the client’s requirements. If a project starts to move in the wrong direction, we are there to bring it back on track.

We also ease the administrative burden on the construction team to allow it to concentrate on what it needs to – for example, to allow the architect to be creative and to solve problems. Perversely, some see us as a burden, but if project managers do their job right, they should have the opposite effect and ease the way.

We’re there to create an environment in which people can be creative and use their imaginations and get on with problem-solving. Because we have a general knowledge across a wide range of disciplines we can pick out the key issues that need attention in a project at a particular point in time and focus the team on them. We also have the ability to stand back from the workface and to see what will hit us in two or three months’ time and prepare everyone for that.