Planning reforms: On the move 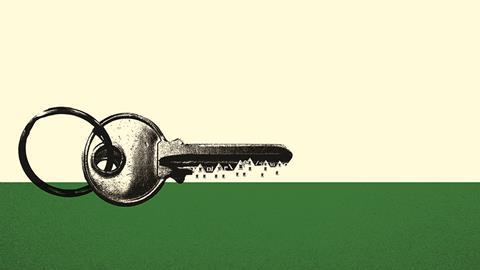 The NPPF has opened up councils to more residential developments and, with an increasingly robust housebuilding industry preparing for growth, is the sector beginning to rally?

Speaking at the Home Builders’ Federation policy conference last week, National Trust chair and journalist Simon Jenkins predicted “warfare” in towns and villages in the UK as resistance to development grows following the implementation of the government’s reformed planning system. This warfare, he said, could see developers taken to court in “every meadow in the land”.

Next week will mark a year from the publication of the government’s pro-development National Planning Policy Framework (NPPF), and the end of the transitional arrangements which protected some councils from the full force of the reforms. The latest figures show why Jenkins, charged to protect rural areas from development, is so concerned. After years of stagnation, delay and complication, evidence suggests that the planning system is finally starting to deliver for developers. The HBF published data last week showing that the number of residential planning permissions received in the last quarter of 2012 was the highest figure for five years. And according to data service Barbour ABI, 3,621 planning permissions for applications of more than five houses were approved in the second half of last year, a 27% leap on the figure for the same period in 2011. This equates to over 122,000 homes.

That this has been achieved in the face of huge continued local opposition to large housing schemes raises big questions over how developers are achieving this shift and where it will lead.

These questions are particularly pressing as private housebuilders are tentatively starting to undergo a renaissance, meaning they are in the strongest position to take advantage of planning reform since 2008. Just this week Scotland-based Cala Group became the latest to be sold and refinanced in advance of expansion. As well as significant profit increases - of more than 50% at four of the major listed housebuilders in recent weeks - these firms are taking the opportunity to prepare their businesses for future growth. Taylor Wimpey increased its strategic land bank by 16% in the last financial year, Persimmon increased its land bank by 8%, and Berkeley by 10%.

On top of this, government schemes such as the NewBuy mortgage guarantee, which generated 3,000 sales last year, and the Funding for Lending scheme to bolster bank finances, are starting to work. While actual construction remained at a low ebb in 2012 with just 80,000 private homes started in England, these starts have been rising strongly since June. Barratt said in February it had seen the strongest sales market since the crunch, and this week Cala reported sales per site up 31% on 2012. With the weakness of the market seen as the major constraint on housebuilding over recent years, these improvements have put the focus back on to the planning system’s ability to enable higher rates of housebuilding.

As their balance sheets grow stronger, developers are clear about the opportunites that the NPPF offers. Alan Brown, chief executive of Cala Group, says: “Yes, it’s something we see. There are more planning permissions coming through. The NPPF is starting to have an effect.”

The rise of localism

The publication of the NPPF on 28 March last year was one major part of a package of planning reforms by the coalition government which was supposed to end conflict with existing occupants by giving people more control of development in their areas - the introduction of so-called “localism”. Previously government regions - in discussion with central government - had set housing targets which local councils had to put into practice. Abolishing this led initially to a huge retrenchment, with many councils drastically reducing the number of homes planned for their areas.

However, the NPPF started to reverse this process, instituting a presumption in favour of sustainable development into the heart of the planning system, and making it clear that local plans that failed to reflect this, failed to justify reductions in housing numbers, or were simply out of date, would be ruled invalid.

If councils can’t demonstrate a five-year land supply, then they’re absolutely vulnerable, and I would say reneging on their responsibilities to plan for their area

Under the NPPF, planning authorities that don’t have up-to-date plans in place leave themselves open to having the merits of applications judged directly against the framework, rather than against their own plan. From day one of publication last year this meant that those councils that have not adopted a plan since the publication of the 2004 Planning and Compulsory Purchase Act - exactly 60% when the NPPF was published - leave themselves potentially vulnerable. This is significant because the policies in the NPPF are in many cases much more pro-development than those in local plans.

The government said that this would act as an incentive on planning authorities to put plans in place, in order to take control of development in their areas. But far from this happening, the number of councils managing to get plans adopted actually fell sharply - down to 26, compared to 46 adopted in the previous 12 months. And while a total of 82 local authorities are in the process of producing or updating them, even if all are adopted, this would still mean that 28% of England’s 343 councils have no post-2004 plan - an extraordinary record of failure after almost a decade. Robert Millar, group land director at Cala, says: “Some have just put their heads in the sand, and those that have done nothing are on a hiding to nothing.”

Furthermore the end of the transitional arrangements (see box), due next week, will mean that all plans, even those passed subsequent to 2004, will only be judged as valid to the extent that the policies they follow accord with the NPPF. Given that just 108 have post-NPPF plans either in place or in process, this potentially leaves the vast majority - 69% - technically out of date. 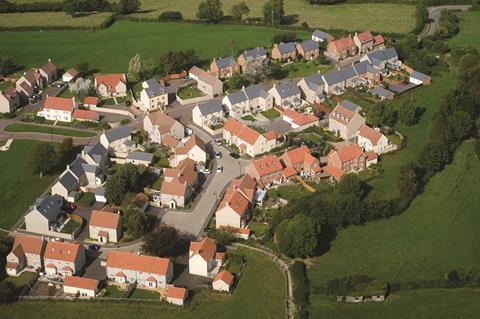 Green, green grass of home: the NPPF introduced a presumption in favour of sustainable development – local plans that fail to reflect this can be ruled invalid

Developers, however, always realised that the theoretical policies put in place by the NPPF were only as strong as the Planning Inspectorate’s [Pins] willingness to apply them in planning appeal decisions. And it is here that housebuilders have real cause to be excited. Since publication of the NPPF, the Pins has enforced the framework rigorously in appeal decisions, in particular largely ruling out prematurity - the argument that making a » » decision would preempt or prejudice emerging local policies - as an excuse for refusing planning consent. Consequently developers’ victories upon appeal have been creeping up since the NPPF’s publication, with 54% of all appeals after hearings or enquiries being determined in developers’ favour since NPPF publication, compared to 48% in 2011. The most recent decisions are starker still for councils: in the last three months of 2012, 72% of all appeals after enquiry went in developers’ favour, compared to just 44% in the same period a year before.

The appeals set precedents for future decisions, and strongly influence whether councils attempt to oppose other similar schemes. Roger Hepher, head of planning at Savills, says: “We have seen the NPPF make a difference with an undoubted upturn on appeal decisions. This has not been lost on local authorities, who are now generally being more pragmatic.”

As well as affecting councils’ decisions over whether to fight a development, the appeal decisions are clearly affecting housebuilders’ plans. Nigel Moor, director at consultant Planning Pilots, says: “There is a feeling that this April will be a good time to submit a planning application.”

Likewise Michael Gallimore, head of planning at law firm Hogan Lovells, says: “We’re seeing a number of developers looking at a pretty clear window to submit applications before council plans are in place.”
The key area on which housebuilders have based successful appeals is over the requirement in the NPPF for councils to identify a five-year supply of land for housing development. If councils have not identified a land supply, or the supply they have picked can be challenged as unrealistic or unviable, then this opens up the possibility of developers winning permissions on speculative sites not previously identified as available for development - as long as the development passes the “sustainability” test.

The provision of a five-year supply of land is not new to the NPPF, but consultants say the Pins is being much more robust in enforcing it. Where previously councils successfully argued for small five-year supplies based upon falling employment figures, without taking into account explicit housing need or including that generated by neighbouring local authorities, now those arguments are failing. There is no central record of which councils have genuine five-year supplies - but Ian Tant, managing partner at consultant Barton Willmore, estimates the figure to be around 70-80%, leaving the remainder open to challenge. Tant, like Taylor Wimpey, Cala and most other housebuilders and planning consultants, has made a priority of identifying which authorities have land supplies in place, a move which allows developer to target councils with weak planning positions.

69% of councils are out of date on post-NPPF plans

As Moor says: “I’ll steer clients to those authorities that have plans in place, which gives them a high certainty of outcome, or to ones that have made no progress at all where the chances on appeal are greatest.”

The problem is that for those councils with overwhelmingly anti-development populations, doing nothing at all may be a tempting choice. Barton Willmore’s Tant explains: “Councils were told before the government came in that they’d have localism and be free to do what they want on housing numbers. But in fact, when they do the rational assessment, they find that the only supportable answer they can come up with is to push housing numbers up.

70-80% of councils have a five-year supply of land

“That leaves them in a dilemma, in which doing nothing isn’t a bad option, as they don’t have to explain to their voters why they’ve approved a big increase in housing. And if they lose decisions on appeal, it’s not their problem,” he says.

This, in a nutshell, is exactly the problem the coalition’s planning reforms were supposed to avoid, and the outcome that all sides - developers, politicians, countryside campaigners - claim to want to avoid: the return of planning by appeal. But with a gradual upturn in the housing market seemingly upon us, district councils continuing to bury their heads in the sand, and the Pins determined to enforce the letter and spirit of the NPPF in its appeal decisions, there seems to be little chance it will be avoided.

As Simon Jenkins stated, the planning wars are back. And while all would prefer a less antagonistic system, this time it seems the odds are stacked in the housebuilding sector’s favour.

The government published the NPPF on 28 March last year, putting a presumption in favour of sustainable development at the heart of the planning system with immediate effect, and reinforcing the requirement for councils to publish five year supplies of development land alongside their plans. It gave councils 12 months in which they could continue to “give full weight” to existing post-2004 local plans in deciding planning applications, even where there was a “limited degree of conflict” with the policies in the NPPF. Countryside campaigners, including the Campaign to Preserve Rural England and National Trust, have campaigned to have this exemption extended, but the Department for Communities and Local Government has confirmed there is no chance of this. Therefore from 28 March this year “weight” should only be given to pre-NPPF plans “according to their degree of consistency” with the NPPF, with greater weight given, the closer policies are in accordance.