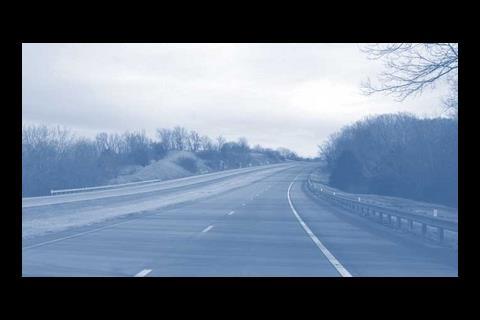 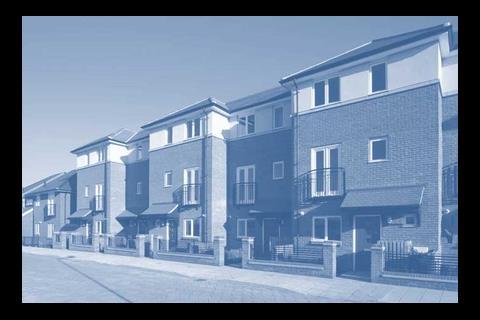 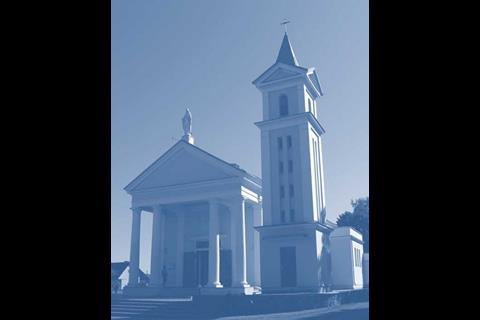 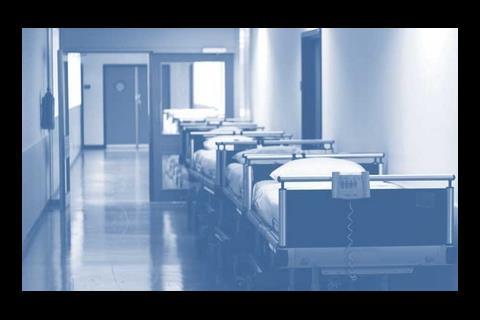 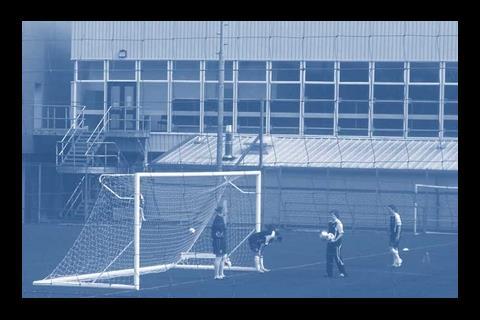 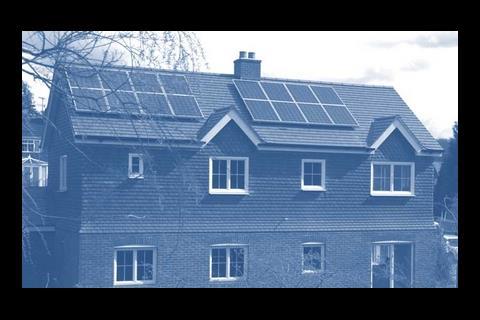 Affordable housing, roads, health facilities, schools, even public art – all these were paid for out of developers’ section 106 contributions. But that was in the good times. Now the well’s run dry and the question everyone is asking is: where’s the money going to come from?

The Larnaca Works in Southwark, south London, shows where the development industry is heading. Not because of its loft-style flats, designer kitchens or any of the other things that would be mentioned in a marketing brochure, but because of the amount of affordable housing it will contain.

Union, the developer, got planning permission for 90 homes in June 2007 on the condition that 35% of them were affordable. But after the market nosedived, Knight Frank, its planning consultant, told the council that it could afford to build only 25.6%. Southwark council agreed that Union could sell its shared ownership properties on the open market. It also allowed the developer to apply to the Homes and Communities Agency (HCA) for grant to fund the social rented homes. In return, the developer promised to start on site within six months.

This is not in isolated case. Around the country other developers are asking local authorities to change the demands written into planning agreements that were negotiated before the downturn. A straw poll of 10 housing consultants, developers and agencies revealed that eight – including McCarthy & Stone, Cala, Taylor Wimpey and MJ Gleeson – were renegotiating planning agreements (see box). Five said most of their agreements were commercially unviable.

David Prout, executive for planning and development at the London Borough of Kensington & Chelsea, says: “There are some worrying things happening. Developers, who are also economic beings, are sitting on land in expectation that values will come back up or planning policy will change. Section 106s are not being signed and existing planning permissions are not being implemented. The odd developer is coming in to talk about renegotiating.”

The problem centres around section 106 agreements. These cover contributions – either in cash or kind – that developers make towards the infrastructure required by their projects, or by public policy, such as affordable housing, roads, health facilities, schools and even public art. In 2005/06 section 106 agreements raised £4bn from developers, with about half going towards affordable housing.

In the boom years, councils could ask for sizable contributions, confident that high property prices meant developers could afford to pay for them and still make a profit. But as house prices have slumped, there is less extra cash available to fund these demands. Nearly half of all the affordable homes that have been built so far have been funded through section 106 agreements, so the sector looks like being hit hard if contributions continue to fall.

So is this the end of the road for section 106? Probably not: most people believe it will survive in some form, but that additional sources of cash will be needed to pay for infrastructure.

There are some worrying things happening. Developers are sitting on land, section 106s are not being signed and planning permissions are not being implemented

Some councils, such as Southwark, are starting to allow social housing grant to be used on section 106 sites, even though they were opposed to this in the past. Jim Briscoe, head of affordable housing development at consultant CB Richard Ellis, says: “A lot of local authorities would not normally support the use of grants for section 106 sites, but otherwise you may get a situation in which there is virtually no delivery.

I think grants have to be used across the board to assist with viability.”

In exchange, councils are including clauses demanding that work begin by a certain date, to prevent developers taking the subsidy and delaying work until the market recovers.

Councils’ wishlists of other amenities provided through 106 agreements are also being cut back in some places. For example, one council that responded to Building’s poll said it had reduced a contribution to on-site health facilities from £5m to £1m.

Tenure mixes may also have to change on some sites. Housing associations are finding it increasingly difficult to sell shared ownership homes, as would-be buyers are struggling to secure mortgages. Profits from these homes would once have helped subsidise the cost of social rented homes. Both housing associations and the government’s affordable housing funder, the HCA, are turning their attention to other tenures that might help sites stack up, such as homes let for an “intermediate rent” between social and market rates, or properties that can be rented now and purchased by the occupier when the mortgage market recovers. These tenures have the added benefit that they help to avoid ghetto estates dominated by social housing.

The shifts in the housing market have brought about some unexpected attitude changes from housebuilders. Some now want to build more affordable housing, if they can get grant to do so, to reduce the number of unsold homes on their sites. “The standard developer approach so far has been to see affordable housing as a necessary evil and limit it as much as possible,” says Briscoe. “Now they are saying we would like to get as much grant as we can to reduce the sales risk and if we can phase the development, we will front-end the affordable housing and put the homes for sale back to when the market comes recovers.”

The industry is also turning its thoughts to other ways of raising money for affordable housing beyond section 106. Cambridgeshire Horizons, a company set up by the county’s local authorities to push forward development in the area, has been experimenting with some alternatives. As well as a tariff to pay for transport infrastructure set according to land values, it is also looking at partnership agreements with developers to ensure that development goes ahead.

A lot of local authorities would not normally support grants being used for section 106 sites, but otherwise you may get a situation in which there is virtually no delivery

“Under the old section 106 approach, you rely on the developer to implement the planning permission but instead we would like to put in a mechanism that guarantees delivery,” says John Onslow, director of development at Cambridgeshire Horizons. The organisation is considering partnership deals where they put in public funding in exchange for developers agreeing to start work by a certain date. If the developers did not meet their side of the bargain, they might have to repay the public money.

Other forms of partnership also figure on the lists of ways to fund affordable housing and infrastructure. Jim Ward, head of residential research at consultant Savills, mentions the provision of free land or extra funding from local authorities or the HCA as ways to part-fund developments. Councils can set up local housing companies as joint ventures with developers, put in land or funds and take a share of the profit or loss when the homes are sold. However, Sue Cocking, head of affordable housing at Knight Frank, warns that some banks are not keen to lend on such profit-sharing deals.

Arm’s-length management companies (Almos), set up by some local authorities to run their council housing, might also be able to buy up affordable housing. Brent’s Almo in north-west London became the first to buy new affordable homes late last year after outbidding the housing association to which the council usually sold properties. “Local authorities could give grants to Almos to buy property if the money is there,” says Cocking.

The HCA is mulling over ways to fund affordable housing and get housebuilding going again. These include higher grant rates where necessary, grant to turn homes that would once have been for shared ownership into social rented stock or homes for rent with the option of purchase later. They are also considering equity stakes in some schemes in exchange for grant or land so that the agency takes a share of profits from schemes when the market improves and can reinvest it in more affordable housing. But in return for help they want developers to commit themselves to a building programme to ensure housebuilding restarts. They are also likely to test the speed and scale at which developers can produce homes before offering land or help with land purchase.

There is more change afoot. A planning tax to pay for infrastructure could come into force towards the end of this year following a consultation on the regulations. An announcement on the community infrastructure levy is due to be made in the spring. This is to be raised on developments to cover infrastructure; it does not include affordable housing, which will still be governed by section 106 negotiations. Councils can choose whether or not to implement the levy system. If they do, they would list a range of charges according to the size and nature of the development. Could section 106 for affordable housing be replaced by something like the levy?

Savills’ Ward says not, because at least a part of the planning obligation needs to be tailored to the site, and section 106 provides this to a greater extent than the levy. However, the levy may have some effect on the amount of money available for affordable housing. Previously all contributions made by developers as a condition of planning permission came under section 106, so there was room for councils to decide whether to reduce a contribution for, say, a health centre, in return for more affordable housing. If councils introduce the levy, then they will have less scope to make these trade-offs between affordable housing and other amenities.

The housing world is an uncertain place right now, but one thing is becoming clear: section 106 will not be able to raise the same sums for affordable housing as it has in the past and a host of other money-making methods will be tried out. By the time the next housing boom comes along, section 106 will no longer be the only game in town.

Original print headline - Welcome to the town with infrastructure