Plenty of countries for old men 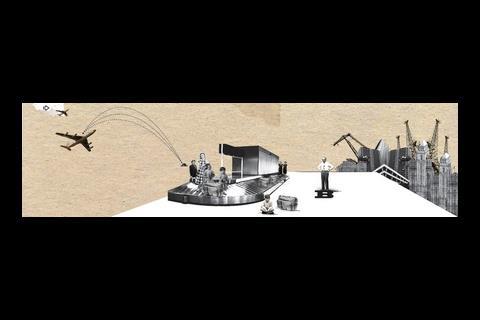 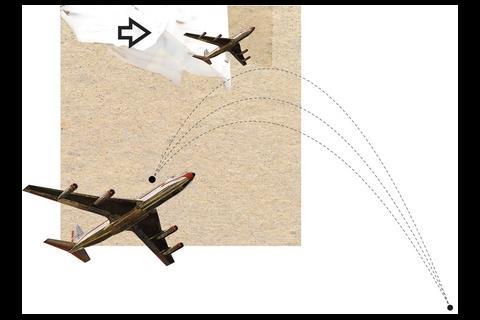 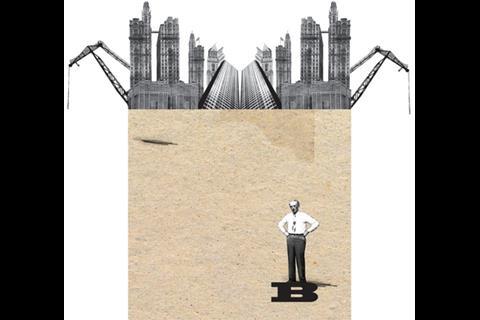 Building’s second Good Employer Guide, published with this week’s issue, looks at how firms can help their staff to find their feet overseas. And, as Dean Gurden reports, this has become an increasingly tempting option for more experienced professionals

Overseas construction projects looking to source skilled staff from the UK have always been faced with a problem. They obviously want experienced professionals, but are often more likely faced with young wannabes chomping at the bit to get some travelling under their belts before marriage, kids and mortgages kick in. But since the downturn hit the UK construction industry, these jobs are becoming a lot more attractive to more mature staff, regardless of the ‘baggage’ they bring with them.

The good news is the work is certainly out there for the taking, as Graham Hart, managing director of Emirates Exteriors, explains: “What is going to be required in terms of competent and experienced staff over here in the Middle East states alone over the next five to ten years is absolutely colossal. Consequently, finding and retaining the right kind of people here is quite hard, which is why we tend to go back to the UK to get the skill level we need.”

Based in Dubai, Hart is pleased to have witnessed a surge of interest in these overseas placements, thanks in part to the downturn in the UK. “We had a campaign back in May with adverts in local trade magazines in the UK and had a reasonable response,” he says. “But we went back about two months ago with a simple one or two-line advert and received something in the region of 250 applications in the first week and a half. It was absolutely tremendous.”

This trend is backed up by Paul Foster, regional managing partner with EC Harris, also based in Dubai. “The level of interest from our people in the UK for international assignments has risen remarkably in the last six to nine months. This is something we’re welcoming with open arms, but is actually being driven by people in our company looking to further their careers elsewhere in the business. People’s horizons are becoming broader, and the slowdown in western Europe is definitely having an impact on the willingness of staff to travel. We’re finding the push from our people is greater than the pull from us to get them here.”

From an employer’s perspective, staff with kids are a perfect marriage for us; and they don’t have to worry about schools

Although Hart admits most of overseas applicants are younger staff at the beginning of their careers, he stresses his company is keen for more experienced staff to take up overseas posts. “Older staff tend to have greater ties, with elderly parents, schools and friends which tend to keep them back in the UK, but we’re more than happy to make offers to the right people, including those that are married and have children.

“It’s really not a problem for us, or for them, to bring their families over here. In fact, from an employer’s perspective, staff with kids are a perfect marriage for us; and they don’t have to worry about schools, as the schools here are excellent, although I admit they are quite expensive and all fee-paying.’

Hart points to himself as a good example of a more “experienced” person carving out a working life abroad in the construction market. “Being in my fifties, I’ve gone through having a family and the mortgage and all those associated responsibilities, and I’m now at an age where I think I could make a big difference in the industry here, and also have a challenge.

“And I’m not alone; a number of the people we employ here have had their kids and now want to be part of the construction industry somewhere exciting and challenging, and Dubai provides all of this.”

Eastern Europe isn’t seen as perhaps as glamorous as, say, the Gulf. But speak to the people who are already out there and it’s really booming

So what kind of support and help are companies in the building arena giving to those looking to relocate? Jackie Lister, recruitment manager with international management and construction consultant Gleeds, admits the company is relatively new to this area, but it does its utmost to guide new applicants through the whole process of relocating. Part of Lister’s job is to find out as much information as possible about not just the projects, but about what it’s like to live in a particular region, how easy it is to find accommodation, what the schooling availability is like, and so on. “We want to make sure we have this support in place so that people can mentally prepare themselves for the non-work-related aspects of overseas projects,” she says. “This enables them to concentrate on whether they feel comfortable with what’s required of them professionally on the project and in the office.”

As for Emirates Exteriors, Hart says the company gives advice on everything from opening a bank account and sorting through the tax implications of becoming a non-resident to finding accommodation and schools for the kids. In fact, if you’re at a particular level within the management structure, then the company will also contribute towards the school fees.

“Our support really is quite in-depth,” he says. “We always tend to make sure those potentially relocating come out and experience the place first-hand before making a definite decision. You often find they go away having fallen in love with the place in a couple of days, but we always allow a cooling-off period of a few weeks, during which time they can seriously get their heads around what it will really mean to them to pack up and move over here.”

He adds that nine times out of 10, people that are in relationships and come out here bring their partners with them. “Either they come with them immediately or six to 10 months later,” he says. “And there are many other industries here in what is a growth economy where spouses can get work that isn’t necessarily in construction.”

What you’ve got in the UAE is a strict social structure, which takes some getting used to. It certainly has for me

Some geographical areas are obviously more popular than others, particularly to the more experienced professional. “Central and eastern Europe isn’t seen as perhaps as glamorous as, say, the Gulf, or isn’t as well known as Australia,” says Lister. “But speak to the people who are already out there and it’s really booming. And it’s got the added bonus of not being so far to get home to see family and friends.”

The UAE is clearly a popular destination for older applicants, with what Foster says is a very family-friendly lifestyle. “You’ve also got every pastime and leisure activity that you could possibly want to engage in, and the quality of schooling is good as well. This isn’t a hardship posting. It’s a really good quality environment in which to live. If you wanted a hardship posting, I could give a list of countries where someone could earn more money but have a less enjoyable and comfortable existence.”

Despite the quality of life Foster talks of, any new environment requires a period of acclimatising, and the UAE is no different. “What you’ve got here is a strict social structure, which takes some getting used to,” he says. “It certainly has for me. Then there’s the more mundane things like different road rules or how to go about getting a doctor’s appointment. Everything you take for granted at home, you suddenly have to relearn. This applies equally to the knowledge of the marketplace into which you come to work. It can take six months sometimes to get properly up to speed.”

Having said that, Foster is adamant it’s worth the effort. He also thinks the opportunities for overseas work can only continue. “Some of the projects we’ve got abroad are just fantastic in terms of career development, the challenges they offer and the potential to give professional satisfaction. There really couldn’t be a better industry to be in during the next three to five years,” he concludes. Perhaps it’s time to dig that passport out; after all, you’re never too old for a bit of adventure.