Birmingham is hosting the 2022 Commonwealth Games and it hasn’t got long to prepare. Building reports on the race to build new sports facilities, spruce up the city’s infrastructure and ensure the games have a positive long-term legacy for the Midlands 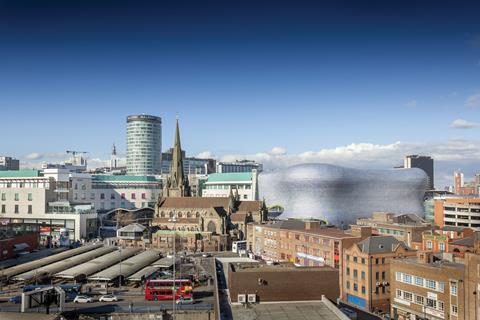 There are fewer than 1,500 days left until the opening ceremony of the 2022 Commonwealth Games in Birmingham. In that time a new aquatics centre will be built, Alexander Stadium will undergo a £70m overhaul, a £350m athletes’ village will be developed and innumerable infrastructure projects will be carried out. It’s a race against the clock.

In the words of Simon Marks, Arcadis’ city executive for Birmingham: “It is a staggering amount of work to be completed in a relatively short amount of time. It’s not very many days really, given what we’ve got to do.”

To put the scale of the task in perspective, Birmingham was confirmed as host on 21 December last year, just four years and seven months before the Games kick off. In contrast, Glasgow was awarded the 2014 event in November 2007, and Manchester was handed the 2002 Games back in 1995.

Marks says he is confident the proposed programmes allow for timely delivery, but concedes that – given the accelerated timescale – there are challenges to be overcome.

“Let’s not kid ourselves; it’s not going to be a walk in the park,” Marks says. “But I honestly do think it’s achievable.”

One of the concerns is how much the supply chain may be stretched by the extensive package of works. But Marks, who is also a board director at Greater Birmingham and Solihull Local Enterprise Partnership, points out that the fact the range of works is quite diverse could be a saving grace.

“There are a number of key trades where the pressure could be quite significant; there is no denying that. But it takes different teams and skills to deliver an aquatics centre to an athletes’ village, while a stadium job needs different people again, so the big schemes won’t necessarily be pulling completely from the same pool,” he says.

“We just need to be really open about what we need for each project and when it is needed, to come up with an overall plan.”

The big venues will, of course, dominate the headlines but the infrastructure projects will be just as important to the overall delivery of the event and are likely to toss up just as many challenges – one of each has already been given a high risk rating.

However, despite the challenges, there’s no denying the project is a huge opportunity for the area. Marks says the Midlands must use this as a chance to upskill its workforce and pull together to showcase the region.

“There are 2.3 billion people in the Commonwealth, a billion of whom are middle-class consumers. There aren’t many better opportunities to showcase what an area has to offer than that. It’s a real game-changer for the region,” he says.

“It is imperative we leverage the opportunities that the two weeks [of the Games] presents to create a legacy that lasts long beyond that period.”

To get to grips with the task that the UK’s second-biggest city is facing, we take a look at the projects, big and small, that will be carried out over the next four years.

The £60m aquatics centre is set to be built in Smethwick, a town four miles west of Birmingham city centre. The facility will sit on playing fields in Londonderry Lane and feature an Olympic-sized swimming pool, a 25m diving pool and 5,000 spectator seats – no small task.

In January, Sandwell council put a number of firms on alert after saying it planned to use the Scape framework to pick a contractor for the scheme.

With the main package of works now understood to be worth less than £50m, Wates has been tapped to deliver the project, as it won the Scape lot covering the second most valuable tier of projects – those worth between £10m and £50m. Lendlease landed the UK-wide lot covering the largest projects worth £50m-plus.

But the aquatics centre, which will showcase swimming and diving at the Games, has already been flagged as a potential problem job. The project to build the pool was labelled “red” in the council’s June risk register.

The report said Sandwell council risked “significant reputational damage” if the £60m centre was delivered late or over budget. It also said that while the project had completed RIBA stage one, “issues that have yet to be resolved” had come to light around the capital budget allocated for the aquatics centre and the assumptions the council has used in preparing the design.

But Sandwell council leader Steve Eling said he was “not concerned at this stage” about the project. He said: “The assurances I’m getting is things are on track. The Games are in 2022. They can’t be put back a few months so that creates a higher risk than would otherwise be the case.”

The council is aiming to begin work early next year and for the centre to be completed by April 2021 – more than 12 months before the Games.

Work got under way in June at the former Birmingham City University site that will be home to the athletes’ village. The village, which will include accommodation, dining, medical, transport and essential services for athletes and team officials, will be situated on the 24ha site (outlined in red, above), which is set off the A453 Aldridge Road in Perry Barr to the north of the city centre.

Birmingham-based DSM Demolition has begun work preparing the site. The race to build the village is hotting up, with the contractors that expressed interest in the £350m job waiting to hear which four firms will be invited to tender. The six-year contract is being let by Birmingham city council in conjunction with Homes England. The winning firm is to hand the facilities over to the Commonwealth Games Federation about six months before the Games.

The contract to deliver the village will also cover work carried out after the Games to convert the accommodation into a mixture of homes for sale and market rent, as well as for social and affordable rent.

While no dates have yet been given for when shortlisted firms will be notified or when a final contractor is to be appointed, the main package of works is expected to begin next January.

Approximately 1,000 flats and homes will be built for use at the Games and then released for permanent residents, along with the temporary facilities for around 6,500 athletes and officials.

The programme is part of a wider housing programme in the Perry Barr region of the city, which is expected to deliver up to 3,000 homes in the area. 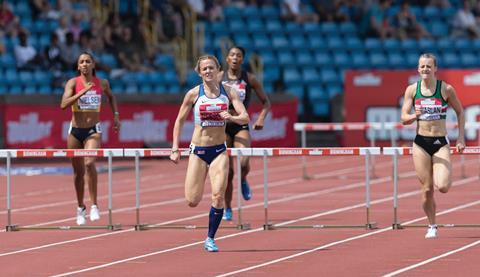 Alexander Stadium, which is already home to athletics governing body UK Athletics, is set to undergo a £70m overhaul that will increase capacity from 12,700 to 40,000 for the duration of the Games. New community sports facilities, a permanent warm-up track and a conference meeting space will also be built.

The stadium currently consists of 12,700 permanent seats housed across four stands. The back straight stand, which was built in 2012 with a capacity of 5,000, will remain but the other three stands will be demolished and rebuilt for the Games.

The search for an architect has begun, with Birmingham city council seeking a firm to design a new stand to replace the three that are to be demolished.

The new stand will increase the permanent capacity after the Games to 20,000. During the event, temporary structures will create a 40,000-seater stadium for the opening and closing ceremonies, as well as for the athletics events.

In addition to the new stand, a 400m outdoor practice running track will be permanently housed at the high-performance centre.

The design contract will run for up to five years and is due to start on 1 September. Like the athletes’ village, the stadium job is part of the overall regeneration of Perry Barr. 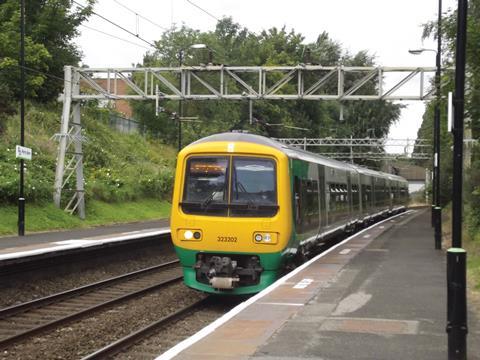 There are a raft of infrastructure schemes being carried out or accelerated for the Games. Jobs up for grabs include improvements to local roads as well as work on a bus rapid transit system known as Sprint, which creates separated bus lanes.

Rail improvements, including the redevelopment of Perry Barr train station to service the athletes’ village and the main stadium, are also expected. The £15m-£20m Perry Barr station project has also been flagged as a potential problem job, with a report prepared for the West Midlands Combined Authority transport delivery committee giving the project an “amber/red” ranking.

This rating means that “successful delivery of the project/programme is in doubt, with major risks or issues apparent in a number of key areas. Urgent action is needed to ensure these are addressed, and whether resolution is feasible.”

With the delivery date set for 1 May 2022, there is little wiggle room for challenges and delays, as the Games start less than three months later.

The project is progressing, though, as Atkins has been appointed to progress with design development of stages two to four of the Governance for Railway Investment Projects. This covers feasibility, option selection and single option development. The next stage would be detailed design.

The city council said it would be using contractors from its Highways and Infrastructure Works Framework Agreement to carry out much of the infrastructure works.

Eight contractors, including Balfour Beatty, Amey and Tarmac-owned Alun Griffiths, would all be in the running for work under this framework.

The trio would have to compete with Fitzgerald Contractors, McPhillips, Dawnus Construction, Jackson Civil Engineering Group and Volker Fitzpatrick, all of which also have spots on the framework.

The council said the “pre-selection process would be undertaken with the eight ‘lot four’ framework agreement contractors to shortlist a maximum of two or three contractors” for each project.