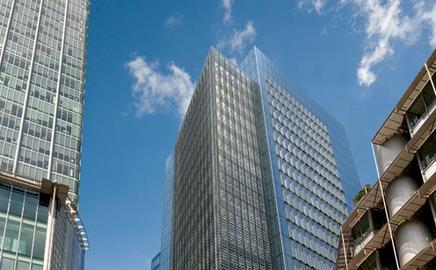 In five weeks’ time, Building is to present the Office of Fair Trading with a list of firms that have backed our Rebuilding Trust campaign. Here, some of Britain’s most important clients tell Emily Wright why they’re doing just that, and why they think contractors and consultants should follow suit

We’re signing up to Rebuilding Trust because it is a vital step in clearing the air after the Office of Fair Trading investigation. It is all about restoring confidence in a sector that’s important to business and to the UK economy. We have broad confidence in our relationships with contractors and I feel it is vital that this feeling is rebuilt now throughout the industry. Rebuilding Trust is a step in the right direction as the investigation continues and we get a clearer understanding of the facts and the extent of the issues.

We were certainly not surprised by the results of the investigation and now the industry really needs to demonstrate that it is addressing the problem, whether that’s through restoring clients’ faith or showing that it is cleaning up its act. The companies that have been named need to prove they have dealt with the problem and can move on. Other organisations are now under more pressure to reassure clients and the public that that sort of behaviour does not go on any more.

As for Building’s campaign, we have backed it and I think you have to ask yourself, why wouldn’t you sign up? It seems likely that the only people who wouldn’t would be those avoiding the rules. Why wouldn’t a company want to sign up to a campaign that promotes being open, honest and fair?

We are certainly concerned by the OFT investigation. We have reviewed all of our projects and the appointment process and have written to the chief executives of the businesses named by the OFT that we work with to seek assurance on their exact positions and how they are dealing with the accusations.

It’s disappointing because the practices of some have supported the image the public has that we are not as transparent as we should be. It’s sad because our experience with contractors has always been positive, so I hope the industry will learn from this and act together to stamp out anti-competitive behaviour.

We are supporting Rebuilding Trust to show that we have confidence in this industry and its ability to move on from here. We all need to rally round now and do our bit by signing up to a campaign that demonstrates to everyone that construction is addressing its problems.

Programme
About £6bn over the next 10 years

Current projects
Hammerson has five major projects on site in the UK, three of which are retail-led. These include the £245m Cabot Circus scheme in Bristol, which Hammerson is developing with Land Securities.

In the pipeline
The New Retail Quarter in Sheffield: £600m
Eastgate & Harewood Quarters in Leeds: £600m

I think the outcome of this investigation, while focused quite rightly on the behaviour of the contractors, is a client issue, too. Client practice is not always as good as it should be and we are working with organisations to make sure they are engaging with the supply chain earlier. It is so important that there is better integration to avoid things like bid rigging and cover pricing happening. If clients were more involved and had their finger on the pulse a bit better, it could certainly help.

The industry now needs to respond. It can’t be seen to be doing nothing. Although there is a long way to go, as the OFT’s report proves, the industry is getting better and we do see a lot of best practice these days. Kicking off a process like this is never easy but the Rebuilding Trust campaign offers a starting point and a forum for us to show we are taking action. I would encourage people to sign up as it shows commitment to addressing the allegations.

The CGA supports private and public sector clients by promoting best practice and acts as a voice for UK clients representing them on strategic forums for construction.

Obviously 112 is quite a large number of companies to be implicated and we understand that might be the tip of the iceberg, which is concerning. It is important to back a campaign that is all about rebuilding trust as it is crucial that taxpayers have confidence in councils and the companies delivering projects.

I would caution anyone considering not putting their name to the campaign. I think there is a real danger their actions could be misconstrued. It could perhaps look like they don’t want to be bound to pledges they do not feel they can keep. I think if companies choose not to sign up it will be a pity as this is a positive move.

Programme
The LGA promotes better local government and spends around £74bn a year on local services.

Rebuilding Trust is a campaign designed to restore faith in construction after the Office of Fair Trading’s investigation into cover pricing and bid rigging that accused 112 contractors of anti-competitive behaviour. The campaign aims to show that the whole of the industry is taking action against anti-competitive practices. A list of companies that are supporting the campaign will be submitted to the OFT at the end of June, at the same time as the companies involved in the investigation must submit their response to the watchdog.

We have been asking the industry for ideas on how best it thinks construction can show the public and the OFT that it is addressing the issues raised. There has been talk of introducing an industry-wide code of conduct, but perhaps you would prefer to see a series of pledges put in place?

Let us know what you think and either email your name and company name to rebuilding trust@building.co.uk or visit www.building.co.uk/rebuildingtrust.