Review of 2020: A changing political landscape

Brexit was quickly eclipsed by the meteor of covid, which hit construction hard – until the government decided to build its way out of trouble. Meanwhile, building safety remained at the fore as the Grenfell Inquiry continued

The pandemic has caused so much upheaval that it is easy to forget that 2020 started in a mood of relative optimism.

Construction breathed a sigh of relief as the decisive result of the December 2019 general election brought an end to three-and-a-half years of confusion over Brexit. Even if many voiced concerns over the threat to EU construction workers posed by the new points-based immigration system, which Scape Group chief executive Mark Robinson warned could be “disastrous”, the withdrawal agreement signed with the EU in January at least provided investors and clients with some much-needed certainty to cling to.

The future looked bright for public projects too, with Boris Johnson pledging late last year an additional £100bn for infrastructure and the government’s levelling-up agenda signalling a new era of spending in the regions.

A chaotic reshuffle in February which saw Sajid Javid resign as chancellor and fresh-faced newcomer Rishi Sunak (right) move into number 11 was an early sign of big changes to come. Andrew Stephenson bagged the new role of minister for HS2, while Christopher Pincher replaced Esther McVey as the 10th housing minister in a decade – a situation that London mayor Sadiq Khan remarked “demonstrates the lack of seriousness that the government has given to the housing crisis”.

But squabbles over ministerial appointments would soon be dwarfed by the covid-shaped meteor that was by now hurtling towards Whitehall. Six weeks into the job, Sunak was forced to make history by announcing the furlough scheme on 20 March offering to cover 80% of employees’ wages. Three days later, as the daily covid death toll breached 100 for the first time, Johnson threw the industry into chaos by announcing the first nationwide lockdown without clarifying how it applied to construction sites, prompting housing secretary Robert Jenrick to step in and confirm that sites could remain open with social distancing measures in place. 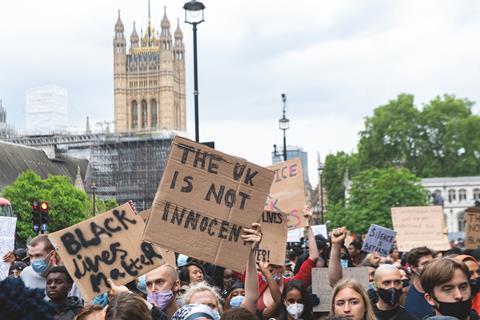 In June, Crossrail boss Mark Wild said the killing of George Floyd in police custody, which triggered protests around the world, had made him think about the issue of equality in the workplace

Black Lives Matter protests swept across the UK and made their impact on construction, with the chief executives of Crossrail and Mace making statements in support of increased diversity in the industry.

Johnson pledged £5bn to accelerate infrastructure projects in his “build back better” speech on 30 June, followed in July by Sunak’s mini budget which unveiled a £2bn Green Homes Grant to make homes more energy efficient, a stamp duty cut and grants of £1,000 paid to employers for each employee brought back from furlough.

That same month, a proposal led by former Brexit secretary David Davis to delay the IR35 off-payroll tax by a year was defeated in the House of Commons. Firms were given a glimmer of hope in September when Andrew Stephenson said the government was keen to “reflect” on the tax, which had been due to come into force in April but was delayed by a year at the start of the covid-19 lockdown. But in October these hopes faded as HMRC began sending out letters to firms telling them to start planning for the changes.

Taking government money because you need it is one thing. Taking it and giving it to shareholders isn’t what it’s designed for

The country was plunged into lockdown again at the beginning of November, but with sites encouraged to remain open, construction has largely been spared the damage seen in some other sectors.

In his autumn spending review, Sunak announced an extra £2.3bn for housing and a new UK infrastructure bank to finance major infrastructure projects. Once again construction took centre stage in the government’s spending plans – a running theme in 2020 which, with the levelling-up agenda, predated the pandemic and looks set to continue as Johnson and Sunak seek to build their way out of what has by now become the worst economic contraction in three centuries. Borrowing for the year, the chancellor announced, was going to reach an eye-watering £394bn.

The day of reckoning nears

In January, the government announced plans to extend its 2018 ban on combustible cladding from buildings above 18m to those above 11m, as housing secretary Robert Jenrick pledged to go “further and faster” to ensure tall buildings are safe. Accusations the following week by the housing and communities department’s director of building safety reform, Chandru Dissanayeke, that “disgraceful” developers were dodging the 18m ban by designing buildings just below the height limit suggested that the harsher rules were needed.

That month also saw the start of the second phase of the Grenfell Inquiry, questioning the project team and consultants behind the tower’s refurbishment over their role in the fire. It didn’t get off to the smoothest start, as the newly appointed panel member, engineer Benita Mehra – herself a replacement for the panel’s original third member, Nabeel Hamdi, who quit without explanation last December – resigned over her alleged links with cladding manufacturer Arconic. Then the inquiry was paused after several key witnesses made an unexpected request for immunity from prosecution, a development that inquiry chair Martin Moore-Bick admitted had given him “a little surprise”. 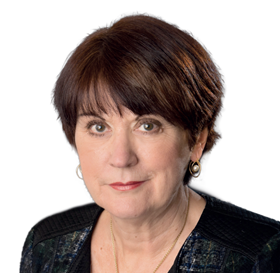 More disruption followed as the inquiry was suspended indefinitely in March because of covid-19, until hearings eventually resumed in July with social distancing measures.

In October, a project manager involved in Grenfell’s refurbishment shocked the inquiry by admitting she had “binned” all but one of her notebooks relating to the project. November saw the start of module two, focusing on the materials used in the refurbishment. Shocking revelations came thick and fast, with hearings told how one product installed was the same as a combustible insulation that had been rebranded as safe for tall buildings, while another had been on the market for 14 years using a fire test report from a different product. To crown it all, it emerged that a manager at insulation firm Kingspan had said a consultant could “go f’#ck themselves” after fire safety concerns were raised.

Meanwhile, more than two-thirds of cladding remediation projects ground to a halt in April and May during the height of the pandemic, with almost a third of stalled projects yet to restart by July. 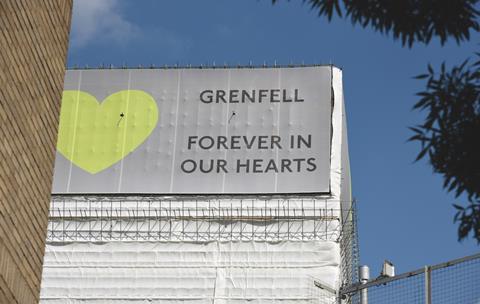 The companies involved in the refurbishment of Grenfell Tower indulged in “a merry-go-round of buck-passing”, according to Richard Millett QC, counsel to the Grenfell Tower Inquiry

The industry was by then facing a more immediate problem – thousands of people found themselves unable to sell their homes because of a new fire safety certificate. The EWS1 forms introduced in December 2019 were intended to enable mortgage lenders to assess the fire safety of external walls, but with a dire shortage of professionals qualified to sign them, the situation quickly developed into a nightmare for homeowners. The government announced in November that buildings without cladding would no longer need the forms, but the wider problem could be here for some time. Fire and building safety minister Stephen Greenhalgh said in October he was given “at least 42” ways of approaching the crisis when he was appointed to his roles, adding that homeowners desperate to sell their homes would “need to be patient”.

The crisis illustrated the scale of the problems accumulated within UK buildings over the past few decades, but with legislation for the new building safety regulator arriving in parliament in the autumn, the industry’s day of reckoning has been getting closer. Dame Judith Hackitt fired a warning shot in October, telling firms: “Any part of this sector who thinks they can survive by standing still or defending their current territory is sadly mistaken.”

It came as the Competence Steering Group, a body set up after the Grenfell fire to improve building standards, published its final report, Setting the Bar. Drawn up in response to Hackitt’s report on fire safety regulation, the report’s impact on the industry could be huge, with chief executive of the Building Engineering Services Association David Frise warning that he “will have to throw out” members of the trade body if they don’t meet the standards.

In the same month, 1,000 residents of a London development were evacuated over fire safety and structural concerns – a stark reminder of the mess created over the past few decades which the new regulator has been tasked with fixing.