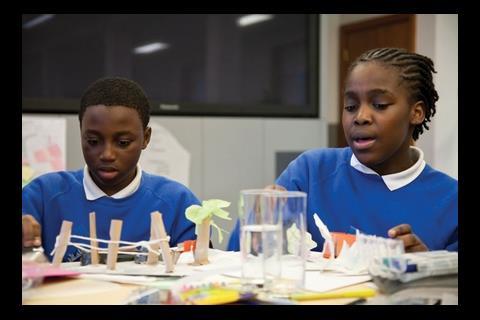 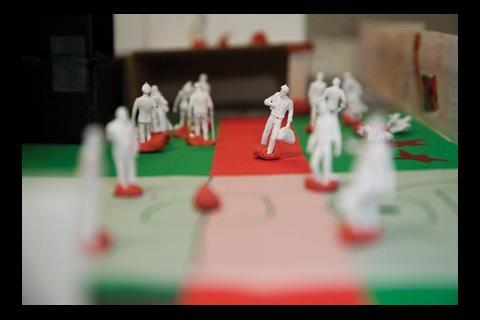 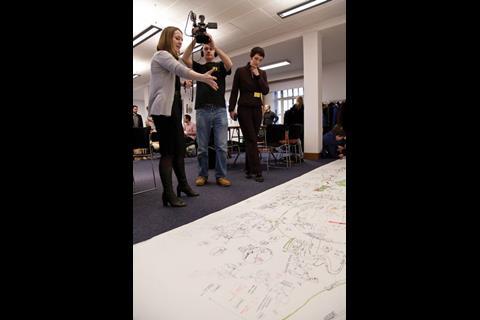 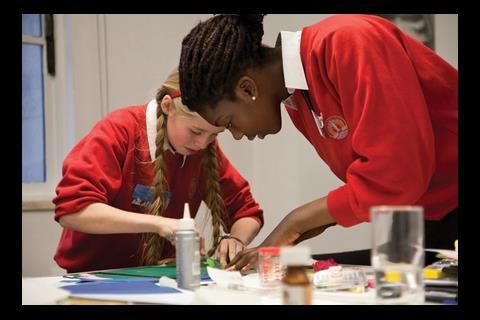 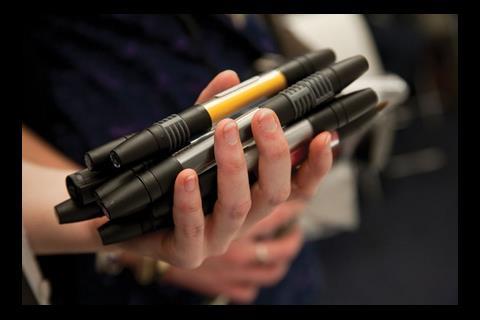 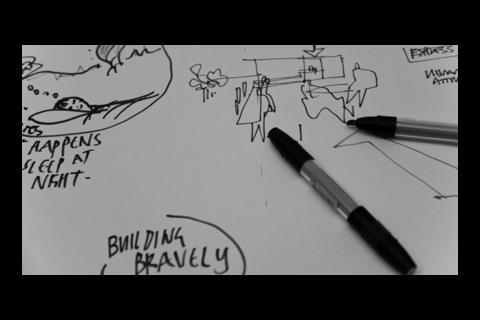 Small architects have been all but shut out from BSF, but that doesn’t stop them from going to the schools themselves to find out what pupils really want from their buildings (hot tubs, juice bars and rabbit runs, apparently … )

Take 50 architects, 30 school children, 10 teachers, a stationery shop’s worth of artists’ materials, mix them all up with a bucket load of coffee and you might not expect to end up with 15 half-decent designs for secondary schools. But at the inaugural Design 4 Education charrette last Friday, that’s what happened.

A design charrette is a collaborative session where architects come together to solve a design problem. For this one, Design 4 Education, an organisation run by Surface to Air Architects and funded by the RIBA with the help of education consultant Bryanston Square, put 15 sets of architects and 15 school groups in the RIBA’s central London headquarters for a day.

The purpose of the day, according to organiser Pascale Scheurer, was not necessarily for the practices to win work. The fact is that even though most of the schools have between £2m and £10m earmarked for improvments, they are planning to use architects already involved with the Building Schools for the Future (BSF) frameworks. Rather, the charette was a chance for the firms, nearly all of which are less than five years old, to show what they can do in a sector that consistently overlooks them.

“BSF is an incredibly conservative programme, and the people that run it are very risk-averse,” says Scheurer. “Ordinarily, there’s no way a young or small firm could get through the procurement process. Today is to show that smaller practices are able to do jobs like this.”

The architects, which ranged from established set-ups like Studio Egret West to newcomers such as Glowacka Rennie, sat down with pupils and schoolteachers to design briefs set by the school users. So, for example, the architect Gort Scott was asked by pupils and teachers to design an “aspirational space” for pupils at Harlington Community School in Hayes, north-west London.

Jay Gort, one of the practice’s directors, says working with the pupils was an education in itself. “Architecture has preconceptions about how to engage with younger people, but talking to the students has really shaken these up,” he says. “They’ve come up with things we hadn’t even thought of – table tennis tables, study hubs, a design based on their school logo.”

Scheurer also runs her own small practice, Surface to Air, and works mainly on schools projects of varying sizes. On larger projects, the practice collaborates with its regular partner, the large commercial firm Pringle Brandon, but it does smaller extensions and interventions on its own.

“Young architects are tremendously well-placed to be creative on schools projects, because you know that the project will be important to them,” she says. “In a larger practice, a job under £2m could just slip through the cracks because it’s not big enough to be important. With a smaller practice you know they will give a lot of time and work to a project at any scale.”

Scheurer admits there is a risk in hiring a relatively inexperienced practice, but insists this doesn’t have to be a problem. “Of course there are risks, but these are fantastic architects,” she says. “The risks can be effectively managed within a framework, and in return you will get a far more creative scheme.”

Creativity certainly seemed to be the order of the day. Ludmilla Pillay, a teacher at Fircroft Primary School, brought eight pupils along to collaborate with Duggan Morris Architects to look at how their school site could be redeveloped to allow the very young children to interact with the older ones. The children themselves, she says, came up with some particularly off-the-wall ideas.

“They wanted an underground tunnel beneath a vegetable garden so they could chase rabbits, they wanted trampolines, they wanted a hot tub, they wanted a juice bar,” she says, sounding a little exhausted. “But they had some practical ideas too – one student came up with the idea of a solar-powered waterfall, as they want to use natural energy.”

Duggan Morris took some of the children’s ideas, listened to the teachers’ complaints about the current site’s limitations, and came up with a masterplan that laid out the classrooms in a more sympathetic way. Although there were no tunnels for rabbit chasing, there was a shared vegetable garden that would promote a community feel in the school.

Mary Duggan, one of the firm’s directors, said it was a challenging but rewarding process. She said: “It’s very instructive to have this level of interaction with the children. I don’t think you’d ever have a workshop like this on an actual schools project.”

Some of the students seem to have had their preconceptions shattered too. “I thought architects were all old men with grey hair,” says Deborah, a 12-year-old pupil at Burntwood School. “But some of them are quite nice.” Even if the £45bn BSF programme remains a closed shop to most small firms, these fledgling architectural practices can be heartened to know that they’ve at least won someone over …