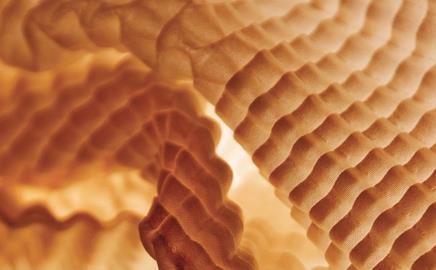 How often have your heard an industry practitioner dismiss a code of practice or technical guidance document on the basis that is was put together by a bunch of academics; or the local authority officer confess exasperation at the unintended consequences of the latest central government policy announcement.

In a perfect world we can all see the benefits of collaboration and sharing knowledge and cross fertilizing ideas – but in the real world it hardly ever happens because people are just too busy getting on with their core business.

And that, in a nutshell, is the underlying principal of UrbanBuzz, a University College London (UCL) led programme with the University of East London (UEL) as its prime partner. This gives UCL a £5M budget to encourage knowledge transfer in and around the creation of sustainable communities particularly in the Thames Gateway.

Ask Alan Penn, professor of architectural and urban computing at UCL’s Bartlett School, and the programme’s lead academic, what is different about UrbanBuzz and he is in no doubt that it is using the funding to buy in people’s time. This, he explains, allows the projects to really engage people and organisations who would normally not participate. “This ability to properly engage outside of the usual sphere of influence of academia is very powerful and is creating opportunities that are not normally there,” he says.

Urban Buzz is funded by the Higher Education Innovation Fund (HEIF), whose third round of awards covers the period 2007 to 2009. Its purpose is to engage in a broad range of knowledge transfer activities with business, public sector and community partners, for direct or indirect economic benefit.

Penn says HEIF3 has effectively given UrbanBuzz “risk capital-type funding to try something that’s never been done before at this scale”. And the concept of using public funds to buy-out busy people in industry’s time so that they can engage in UrbanBuzz activities is unprecedented.

Penn believes that at the core of UrbanBuzz is the issue of addressing how knowledge in academia isn’t getting out and overcoming this by creating opportunity through processes.

“In academia we have analysed what has gone wrong - yet people in practice aren’t confident that they really know how to get it right and build sustainable communities. Since the Georgians and Victorians we’ve failed to build a single one. Of the new towns Milton Keynes is the best, but that is evidently not sustainable.”

What’s been happening, he maintains, is that people have been studying failures from a particular perspective - be it social or economic or design. That is understandable when you consider we are educated in silos - but sustainable communities is something that needs an holistic mindset.

“We face serious barriers”, he says; “the ivory tower versus the real world and professional versus community versus government versus voluntary sector”.

And that is where Urban Buzz comes in. “It has set out to be the go between and look at how we break down the silos”, promises Penn. Although it is actually counter cultural for academics to do this, he says, it isn’t impossible. “It is about collaboration on problems that require work across disciplines. It’s about learning the common language and establishing trust across those usual divisions.”