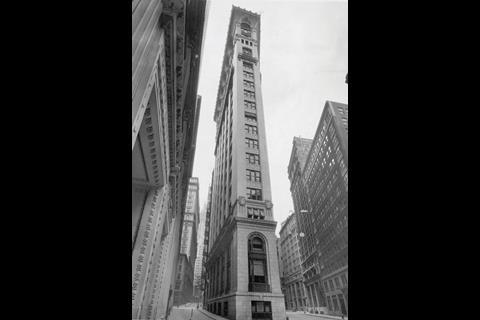 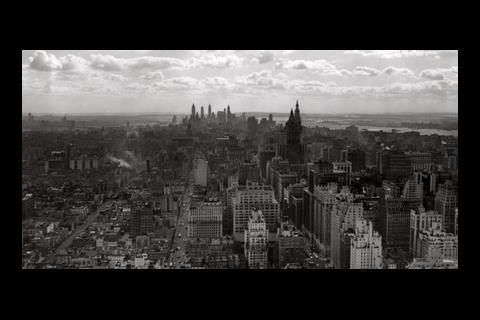 By the thirties, downtown Manhattan had erupted into a forest of skyscrapers 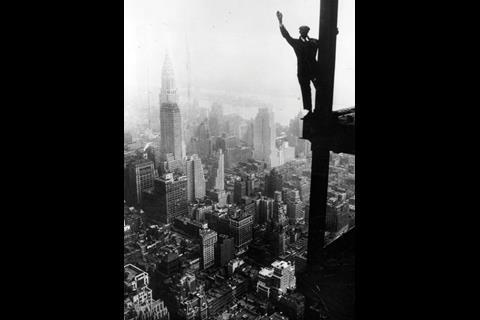 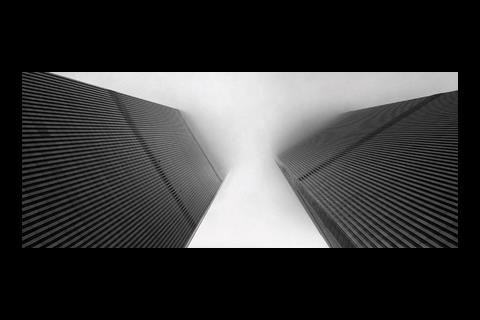 Up until their destruction in 2001, the twin towers of the World Trade Centre just glided up into the clouds 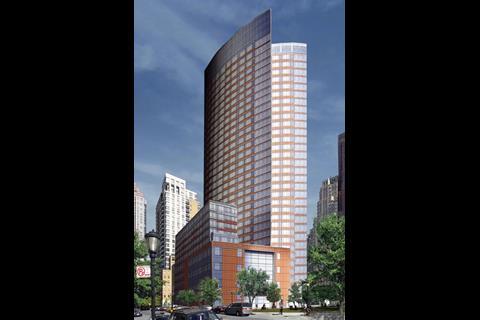 Paris is instantly identified by the Eiffel tower, London by St Paul’s cathedral and New York by its skyscrapers. Skyscrapers in their thousands, and in as many shapes, styles and sizes as could be generated on one small island by a century and a half of incessant human invention and the wealth of the world’s richest nation.

Skyscrapers were made possible by two technologies. The first was Elisha Otis’ steam-powered passenger lift with safety brakes, which appeared in 1851. The other was the cast-iron structural frame encased in brick fireproofing. The first business building that adopted these two revolutionary inventions was the Equitable Life Assurance Society Building of 1870. Although it was only six-storeys high, it unleashed a race to build ever-higher towers over the next century.

Until the First World War, New York’s skyscrapers were encased in brick or stone masonry, expressed in a medley of historic European styles including romanesque, renaissance, Greek revival and gothic. By the 1880s, flamboyant flourishes, turrets, pinnacles and cupolas were exploding from the rooftops.

This dynamic New York style was summed up by George Steevens, a British journalist, who wrote in 1896: “Never have I seen a city more hideous or more splendid. Uncouth, formless, piebald, chaotic, it yet stamps itself upon you as the most magnificent embodiment of Titanic energy and force. It is the outward expressed of the freest, fiercest individualism.”

Between the wars a sleek, streamlined art deco style took over. In 1930, a battle of the skies was fought out between the straight-laced Empire State building and the slinkier Chrysler building, whose gleaming, chrome-plated spire borrowed the latest car styling of the age. The former won in height and the latter in speed and glamour.

By 1958, the model for the next generation of skyscrapers was laid down by Ludwig Mies van der Rohe in the supremely orderly, logical and clearly executed Seagram building on Park Avenue. This rectilinear tower launched a thousand crude copies that littered the skyline like discarded cigarette packets, the tallest and most prominent of which were the twin towers of the World Trade Centre.

However tragic the human loss on September 2001, the demise of the twin towers themselves cannot be taken as a great loss to architecture. Since then, New York has reinvented its prime asset all over again. These days, form has been liberated by CAD and driven by the low-energy demands as laid down by the Leadership in Energy and Environmental Design (LEED) requirements. As a consequence, skyscraper designs of this generation, including the Freedom Tower replacement for the World Trade Centre, tend to resemble angular stalagmites and are topped by reinventions of the rooftop pinnacle. Into this mix are thrown a few surprises by rogue foreigners such as Dutch architect Rem Koolhaas and the Swiss practice Herzog & de Meuron.

In the century and a half since New York invented the skyscraper, every other city in the world has produced its contenders. Where New York still holds its own is not so much in the individual designs as in the forest of towers lining its ramrod-straight streets and in the massed skylines seen from across the Hudson River or from Central Park. It is these phalanxes that remain New York’s defining icons.