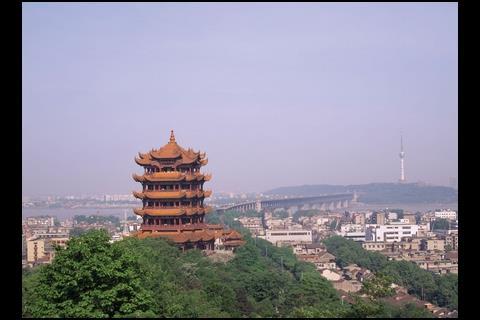 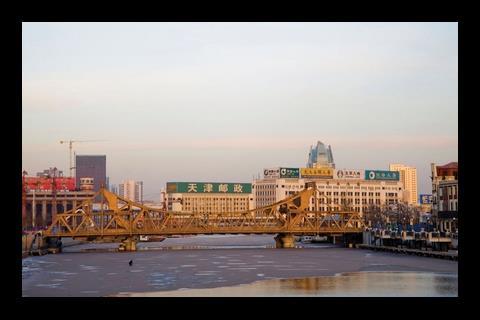 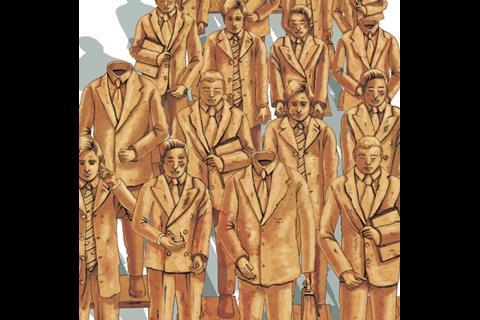 Its growth may have slowed from breakneck to merely spectacular, and some projects in the big cities look wobbly, but there’s still plenty of work in the people’s republic (especially for QSs). It’s just that you have to go to one-horse towns to find it – like Wuhan here, which has a population of only 9 million…

In his Shanghai office Gu Jianping sits opposite me, hands folded in his lap, refusing to betray the slightest flicker of concern about the global financial crisis. Gu is the general manager of the Shanghai Tower Construction and Development Company, and is leading the development team on the 632m-high Shanghai Tower, a beautiful, twisting cylinder that is probably China’s most ambitious project. He says: “Our building will be ready in six years. By then the market will be stronger than ever. We have spoken to economists. We are confident.”

This sanguine attitude stands in sharp contrast to the reality I experience as I travel in China. The hustle and bustle of the world’s most populous country is still there – street hawkers and DVD sellers lie in wait at every turn – but in upmarket restaurants and department stores, there is less of a frenzy than I’ve seen in previous years. On my first night in Shanghai I am the sole diner in my hotel restaurant, where I have the full attention of five miserable waitresses whose red Santa outfits clash with their long faces.

Across the country there are similar scenes, thanks in part to the “build it and they will come” attitude that has driven much of the development in the country’s coastal cities. Whatever Gu says, the wisdom of this attitude is questionable these days. It is at least partly responsible for swaths of empty offices, apartments and hotels across China.

Outside Gu’s window, Kohn Pedersen Fox’s Bottle Opener looms, its square hole gaping like a mouth. It’s a testament to the status-hungry projects of the boom years and an emblem of China’s rediscovered might. The Japanese-funded building – real name Shanghai World Financial Centre – was seen as a symbol of foreign confidence in China when construction started in 1997 (although the original design for a round hole was reportedly dismissed because it resembled the Japanese flag). There’s just one problem: it is half empty. The average vacancy rate in Shanghai’s high-end offices is now 9.9% and is expected to soar this year as 622,000m2 of space enters the market.

And it is not just Shanghai that is suffering. In Shenzhen, the first of China’s celebrated Special Economic Zones, property prices have fallen 20% in the past year. In Beijing, suffering from a bout of post-Olympics blues, hotel occupancy levels are down by at least 20% on 2007. The country’s stock market has taken a severe beating too. It fell by 65% in 2008, the biggest drop in its 18-year history. Local developers such as Wanke and Vantone have made redundancies and pulled projects and rumours abound of lawsuits over abandoned schemes and unpaid staff.

On the face of it, this doesn’t sound like an appealing place for UK consultants, but look closer at China and you’ll see that there are still opportunities – it’s just that you might have to work a bit harder to find them.

For one, China’s hunger for “landmark buildings” remains. Private developers may be suffering but government-backed clients such as China Central Television and Xi’an Orbital Construction seem as keen as ever to fill their cities with monuments to modernity. As the brakes are applied on China’s growth, the calm assuredness about the future of men like Gu may seem naive, but it is welcomed by many. Stephen Lai is the Asia managing director of QS Rider Levett Bucknall, which is on the Shanghai Tower team, as well as other high-value schemes across the country. He is optimistic about the market. “We expect some of our projects to be suspended or terminated, but not many,” he says. “Some local developers who don’t have enough finance have had to shelve some of their work but the big ones are okay. More than half the market is government-backed and they won’t stop for anything.”

He adds that some of the firm’s better funded clients are keen to get their projects going to take advantage of lower prices – the cost of steel rebar has dropped by about a third since the summer, from 5,600 yuan (£500) to about 3,500 yuan (£344) per metric tonne. “People say it’s the best time to build because construction costs are lower, material prices are down and it’s easier to get a better deal,” says Lai.

There are particularly good prospects for British QSs. Finding good, local staff can be tricky as the discipline is so new to the mainland. But some universities have started running courses and there is a heavy emphasis on on-the-job training. When I meet Gleeds employee Angel Wang, she has just come back from a training stint with Gleeds in London. Hong Kong also has well-established courses in the field.

Engineers and architects are having a tougher time. Bechtel is understood to have made redundancies and some firms are rumoured to be replacing expats with local staff. In Hong Kong, many firms were involved with the immense Las Vegas Sands project in Macau, which was put on hold after the client failed to raise $5.25bn (£3.6bn). That, and other setbacks, has led to job cuts, including about 70 at Aedas and 100 at Parsons Brinckerhoff. Meanwhile, Waterman has shelved plans to open an office.

Slowdowns in the major hubs were inevitable, downturn or no downturn, says Lai Pak Hung, managing director of consultant Davis Langdon & Seah. The savvier firms have long been eyeing up China’s second and third-tier cities, where the government is trying to encourage the growth of the middle classes. “We have been here for 15 years and in the past three we have opened offices in Wuhan, Tianjin, Shenyang, Chongqing and Chengdu,” he says. “A lot of investors have been doing that as well. These places are cheaper and the connections to the rest of the country are getting better, so rather than build a factory in Beijing, you might build a factory there.

“Shanghai and Beijing are closely linked into the rest of the world and are being affected by the downturn. But the rest of China has a more closed economy – it is less reliant on foreign demand – and in cities such as Tianjin and Shenyang we have been receiving phenomenal levels of enquiries.”

Economists at Standard Chartered Bank agree. They expect the Chinese boom to shift inland next year as coastal factories flounder and much of the government’s 4 trillion yuan (£400bn) investment package, announced in November, is directed towards the provinces. Around a quarter is expected to go to Sichuan’s post-earthquake reconstruction and the government plans major improvements to transport infrastructure across the country.

Much of the work – likely to include roads, bridges and airports – will be reserved for Chinese firms, although there may be some opportunities at design level. Waterman has a track record in bridges, for instance, (it is working on a 200m crossing in Tianjin Binhai) and Atkins has completed two airports. But for the bulk of foreign firms, the benefits of the package will come some years down the line when there should be extra demand for housing, retail and hotels.

Arup’s Michael Kwok, the project director behind four major Olympic schemes in Beijing, says the long-term potential to make money in China’s up-and-coming cities is enormous. When I meet him in his high-rise Shanghai office, he has just come back from Ningbo, a vigorous but somewhat unpolished port city named a top development spot since the world’s longest cross-sea bridge opened in May. The bridge has cut travel time to Shanghai from four hours to 90 minutes. It is hard to imagine a place less like Beijing’s Olympic village or the sophisticated city-as-spaceport stretched out beneath us. But Kwok is convinced that global firms can make a lot of money in China’s scruffier parts.

“It’s hard for international firms to penetrate the market but it will get easier,” he says. “It starts with industrial development, then you get surface industry, and then they start needing hotels, shopping areas and high-end residential for the managers of all these businesses. Shanghai had the same story – it used to be the factory of the world.”

He also believes sustainable masterplanning will be a good work source for international players, although this has got off to an inauspicious start down the road at Dongtan. Here Arup’s design for an eco-city fuelled by rice husks ran into trouble when Chen Liangyu, the local Communist party boss, and its main sponsor, picked up an 18-year sentence for fraud. Kwok refuses to comment.

Architect Ken Shuttleworth believes that green building is going to be big in China, regardless of Dongtan. His firm, Make, has just opened an office in Beijing after masterplanning wins and there are signs that sustainability is gaining ground. The Shanghai Tower is going to be about as green as a skyscraper can be, with wind turbines and rainwater recycling. He says: “It’s a very exciting market, with a strong sustainability edge. We’ve been getting lots of enquiries.”

Others are sceptical. Paul Rice, associate director at Atkins Shanghai, says: “There was a push in the government’s last five-year plan to see sustainability on the agenda. Frankly, we haven’t seen that come through yet. We are all waiting to see what happens next.”

So in China, like the rest of the world, everyone seems to be waiting for something – be it opportunities from government investment or sustainable design. The ox, according to Chinese tradition, represents stability, perseverance and resolution, so as year of that animal approaches, there could be worse places to wait.